As former RBI governor Urjit Patel points out, India has the doubtful distinction of an extremely high NPA ratio 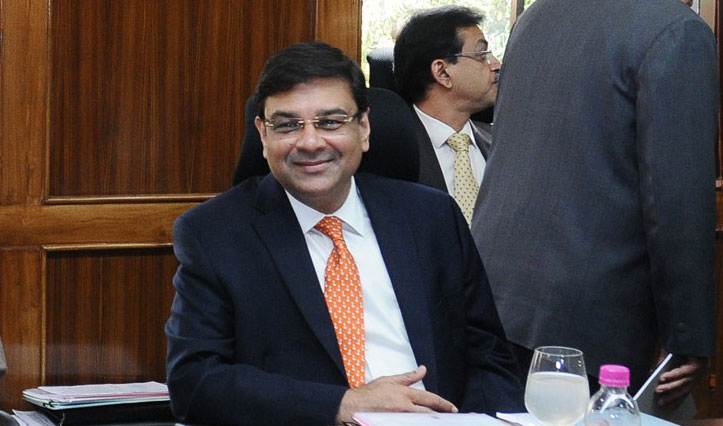 Breaking his silence at a talk in Stanford recently, former RBI governor Urjit Patel took his listeners through a history of measures that RBI took after mid-2014 to address the problem of non-performing assets, and then listed the shortcomings, including the lack of risk analysis
(Wikimedia Commons)
Ashok V. Desai   |   Published 02.09.19, 06:41 PM

The last two governors of the Reserve Bank of India were given an unceremonious farewell by the government in Delhi. Both suffered the kick with admirable fortitude. Raghuram Rajan, who was not given a second term as is normal, was obliged to express himself to some extent by a parliamentary committee. It took an invitation to the salubrious academic resort called Stanford for Urjit Patel to break his silence. What he said is illuminating, not least because he took a broad look at our banking system.

He began with the share of banks in commercial credit: it is roughly a half, and varies a good deal — it was two-thirds in 2015-16, and fell to 42 per cent in the next year. Whether it is bank or non-bank credit that is so unstable, we do not know. What we do know is that bank credit has been greatly constrained by non-performing assets. Non-bank financial institutions have been coming up to fill the gap, but they get a kick from the RBI from time to time.

Patel then said that India has the doubtful distinction of an extremely high NPA ratio of close to 10 per cent. That places us in the distinguished company of Cameroon, Maldives, Bulgaria and Italy; the ratio in most normal countries is 1-2 per cent. Our ratio is about four times the ratio in Brazil and South Africa, and six times the ratio in China.

We know that the government owns most Indian banks; what we do not realize is how brazenly it uses them to give favours and buy political support. It makes banks lend — without expectation of repayment — to farmers, small businesses and so on; it forced banks to open accounts for all, irrespective of whether they made any deposits or brought in any business. As a result, although government banks’ share of total assets came down from three-quarters in 2005 to two-thirds in 2018, 13.9 per cent of their assets refused to perform in December 2018. The government has also made them give superfluous jobs, and pay their workers handsomely: while revenue per employee was Rs 4.2 million in government banks against Rs 5.5 million in private banks in 2018, cost per employee was Rs 1.19 million a year against Rs 0.74 million. Net revenue per employee was 50 per cent higher in private banks.

If a bank cannot recover a loan, it must write it off against its profits. It is normal practice for banks to put profits into a reserve to provide against bad debts. Good business practice requires that provisions plus recoveries should exceed bad debts. In Mexico and China, they are more than twice the bad debts; elsewhere they generally exceed bad debts. In India, provisions are a half, and recoveries a quarter; a quarter of bad debts are not covered at all. In other words, government banks overstate their profits — or understate their losses. Non-performing assets that were not provided for in reserves were 12 per cent of capital in 2011; by 2017 they had risen to 42 per cent. Banks that had substantially wiped out their capital were put under “prompt corrective action” in 2015 — that is, the RBI stopped them from lending any more, so that they could not take bribes or give loans that did not have to be repaid.

Patel then took his listeners through the history of measures that the RBI took after mid-2014 to address the NPA problem, and ended by listing the shortcomings: banks did little risk analysis, did not avoid concentration of loans, did not look at borrowers’ leverage, and their boards did not enforce firewalls. The RBI did not make banks manage risk, and let them ignore rules of prudence. The government left senior management positions vacant, and made banks lend to its favourite sectors such as agriculture, small industry, power and steel without reckoning risk. The RBI did create a Central Repository of Information on Large Credits in 2014, and introduce an Asset Quality Review in 2015; it made banks report bad debts more accurately and fined bank managers for misstatement of accounts. The government enacted the Indian bankruptcy code in 2016, and pushed a few defaulters down the bankruptcy route. Together with public enterprises, the government has invested Rs 2.1 trillion of new capital in its banks in the last two years. There was some fall in slippages — generation of bad debts — and liquidation processes started for a few big bad debtors.

In February 2018, the RBI sent a circular to banks, which required them to resolve all loans over Rs 2,000 crore within six months; if they could not, they had to file cases against the borrower, and the borrower had to declare himself insolvent under the bankruptcy code. This circular promised to push the accumulated bad debts towards time-bound resolution; but the Supreme Court struck it down in April this year. Its verdict does not just declare this single circular ultra vires; it questions altogether whether the current law gives the RBI power to make the banks behave.

The problem could be quickly solved; all that the government has to do is to amend the legislation to give the RBI the requisite powers. But the government has a strong reason not to empower it. It has a powerful interest in making banks lend to borrowers in agriculture, small industry and infrastructure who cannot or would not repay their loans; to put it more frankly, the government has an interest in creating more and more bad debts. That too would not matter; banks could write off the bad debts in their annual accounts, make losses, and wipe off their capital. Then all that the government has to do is to put more capital into them. But it has never done so adequately and on time in the past; the excuse is that its budget is constrained. And there is no reason to think that it will in the future. So it is likely that India will continue to have an unhealthy banking sector. It will serve the economy poorly, make the RBI ineffective, and give the government a well-deserved bad name.

That is my inference; Patel did not put it so frankly. But whoever puts it whichever way, the entire Indian economy faces a huge risk. It has faced it for years, and the government has dithered and dithered. If it follows precedent, it will continue to dither, and financial institutions will continue in their crippled state. It does not have to; but then it will have to act boldly in three areas: it will have to repair its budget, it will have to stop using banks to lend to its favourite chronically bad debtors — and after recapitalizing them, it should privatize its banks.