Advertisement
Home / Opinion / Spring in the air: India breathes in relief after the election results

Spring in the air: India breathes in relief after the election results

The polyphony of parliamentary democracy, sustained by a multiplicity of parties, factions, personalities, has triumphed 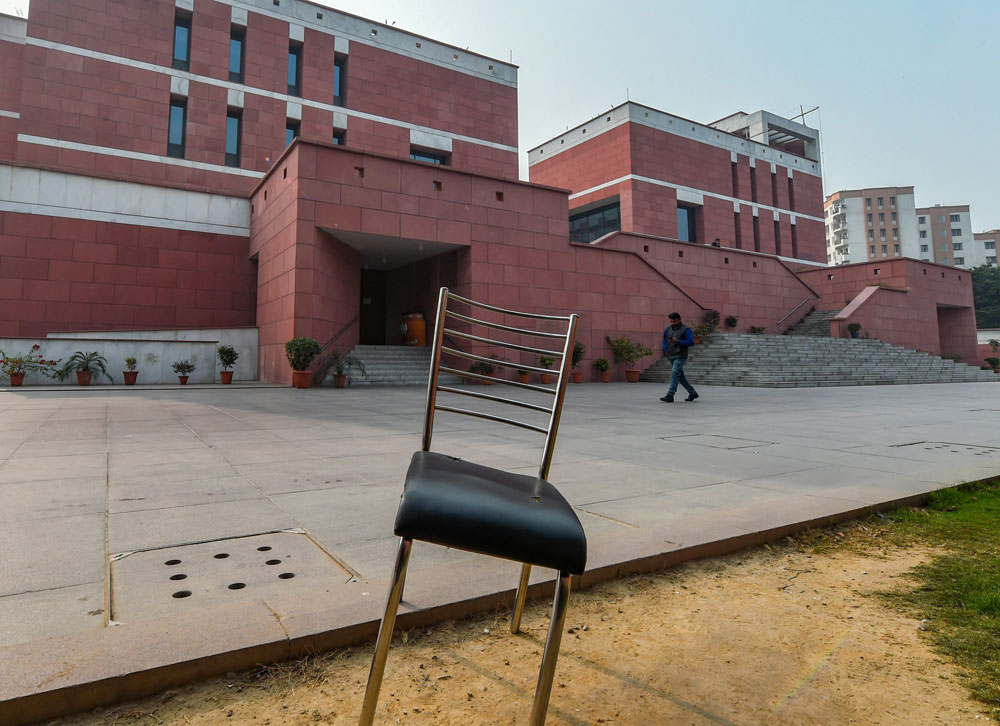 Much has been written and spoken about the implications of the recent assembly election results on the electoral landscape of the country. The Bharatiya Janata Party’s defeat in its strongholds of Chhattisgarh, Madhya Pradesh and Rajasthan, its dismal showing in Telangana and failure to make a breakthrough in Mizoram has put life back into the Opposition. The Rahul Gandhi-led Congress, in particular, has suddenly gained a new — if grudging — respect.

But the most significant outcome of the December 11 verdict, perhaps, is the palpable sense of relief being felt across the country. And you can hear it echo on the streets.

Last Tuesday evening, when the counting in Madhya Pradesh was still going on, shoppers at a central Delhi market were surprised to chance upon an animated discussion on the election result. An elderly shop assistant was gleefully proclaiming ‘chaiwala gaya (the chaiwala has gone)’ and the men around him nodding in assent. To queries from a curious passerby, they held forth on how notebandi (demonetization) and GST (goods and services tax) had ruined their businesses, how the politics of mandir-masjid would not fill their stomachs, and how they had hoped black money would be brought back but saw no signs of it.

That Delhi market was not an exception. Similar “post-poll” conversations and arguments — anecdotal evidence suggests — have been taking place among ordinary people who live far away from the states where the elections were held: in the small towns of Uttar Pradesh and Bihar, in the villages of Haryana and Uttarakhand, on local trains and buses in Mumbai and Calcutta.

But even hardboiled reporters were taken aback to see the quiet satisfaction with the results expressed by BJP supporters. At the BJP headquarters in Delhi, the leaders were missing as the trends on television indicated a triple defeat. But, according to a report in The Indian Express, half a dozen party workers discussed among themselves how the party “needed such a jolt”.

In Parliament the next day, it was not just Opposition members who were in a celebratory mood. While some ministers known to be favourites of the BJP chief, Amit Shah, were ashen faced, many other ruling party members of parliament looked unusually relaxed, almost beaming.

One reason for the upbeat mood is the very natural human tendency to rejoice at the humbling of the arrogant. Even if Narendra Modi seeks to portray himself as a self-made man from an impoverished background who has taken on a privileged dynast, there is nothing of the underdog about him. Successive electoral victories since 2014 made him even more of a Goliath in the eyes of the people. Amit Shah’s boast of establishing single party rule in India for the next 50 years only added to it.

But the more important reason for the widespread sense of relief at the setbacks faced by the BJP — experienced not just by the party’s critics but also by apolitical people and some of the party’s supporters — is that they mark a return to, well, normality.

Ever since sweeping to victory four-and-half years ago, the prime minister has relentlessly attacked the sixty-odd years of non-Modi rule before him and promised to build a New India that is radically different from the old. In this New India, the prime minister was recast as the Supreme Leader who directly communicated with the people and was their sole benefactor — every scheme and sop bearing his personal imprint.

But a central feature of New India was imposing a sense of fear, enforcing a code of silence on those who chose to disagree. It was not difficult to do that. For one, Modi had a mesmerizing hold over a large mass of people and acquired the aura of being invincible. His regime also had the coercive powers of the State apparatus in their control that was used to crack down on individuals and organizations which were critical of the ruling ideology. In addition, it had the backing of the Rashtriya Swayawamsevak Sangh and its numerous affiliates, giving the regime an advantage that Indira Gandhi did not have during the Emergency — the ability to penetrate deep into society and keep a watch on who said what and how they lived.

As a result, the cacophony that was so much a part of India’s public discourse slowly ceased. It was not just the minorities who fell silent, afraid of their lives, as vigilantes roamed the streets. With the media largely echoing and amplifying the official line, and Modi supporters dominating everyday conversations, the argumentative Indian became an increasingly rare species.

Protests took place, of course. After every lynching, for instance, groups of concerned citizens came out in the streets of our big cities. Artists, singers, students, a clutch of retired civil servants, a former judge or two and activists of different hues did not give up the fight to “save the Constitution”, uphold pluralism and diversity, harmony and dissent. But they could be easily dismissed as the same old jholawalas who counted for nothing.

Unlike previous regimes which treated them with a mixture of respect and disdain, they were now objects of hate and animosity: vilified as “libtards”, “anti-nationals” and “urban Naxals”, useless idiots who made not an iota of difference to the mass popularity of the leader and his regime.

And the truth is that many liberals, too, began to feel forlorn, began to see their efforts as futile. They wondered if they were out of sync with the times, with the mood of the masses — and despaired that an effete and fragmented Opposition could never match the BJP’s election winning machine or its leader’s unparalleled demagoguery.

The assembly election results have lifted this haze of fear and despondency. It has restored faith in the robust common sense of the faceless ordinary citizen who has once again emerged as the bulwark of India’s democracy. The Indian voter can be swayed by emotion and rhetoric at times. But he or she is also clear-eyed and hard-nosed, concerned with real issues of survival and livelihood, capable of bringing down the mighty and giving others a chance.

At a time when India was faced with the prospects of a monolithic polity — guided by the RSS’s “One Nation, One People, One Culture” ideal and by the BJP’s zeal to establish one-party rule — the minutiae of the results are particularly noteworthy. The BJP has not been defeated by a “wave” riding on a charismatic leader but by the dogged fight of doughty opponents, representing not just one party. In Rajasthan, a number of smaller parties — including the CPI(M) which has been working among the peasantry for long and the newly formed Rashtriya Loktantrik Party won seats, apart from “rebels”. In Chhattisgarh, the Congress got a big majority of its own, but the BSP and Ajit Jogi’s fledgling outfit bring other voices to the assembly barring those of the two big national parties. The same is true in Madhya Pradesh.

The Congress itself is not a monolith as was evident from the open tussle for the chief minister’s post among rival contenders in all three states. But looked at another way, the factional fights in the Congress were strangely reassuring. It reflected a certain inner party democracy and the need for accommodation and compromise — once a hallmark of the BJP but now abandoned under the iron rule of Modi and Shah.

The polyphony of parliamentary democracy — sustained by a multiplicity of voices, parties, factions, personalities — has triumphed. The ‘One Leader Takes All’ model has taken a beating. We do not know what the summer of 2019 shall bring. But in the middle of December, there is an air of spring...