Humanity’s attempts to transform the globe can have dire effects 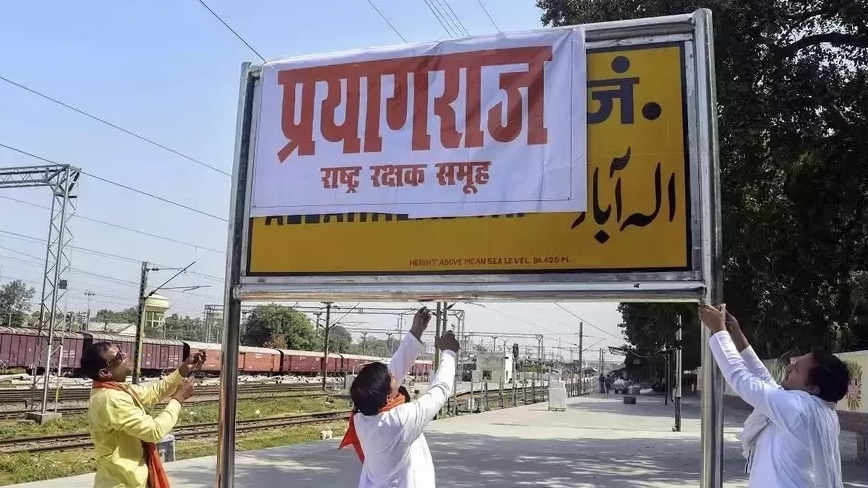 The term, ‘terraforming’, derived from the Latin, terra (‘earth’ or ‘land’), and formare (to shape or form) has long had currency in the vocabulary of science fiction in the sense of reshaping celestial bodies like planets, asteroids, moons and so on to resemble earth, thus rendering them fit for human habitation. It was coined by the noted science-fiction writer, John Stewart (‘Jack’) Williamson (1908 – 2006), and first used in his longish short story, “Collision Orbit”, published in the July 1942 edition of Astounding Science-Fiction. In “Collision Orbit”, which is credited to Will Stewart (one of Williamson’s pseudonyms), Obania is a terraformed asteroid, and the setting for a near-fatal meteor collision which is averted through the use of antimatter (which Williamson called “contraterrene”) manipulated by the hero of the story, the 60-year-old space engineer, Jim Drake. The word, ‘terraform’ and its variants — terraforming, terraformed, terraformers (referring to engineers who specialize in terraforming) — were eagerly embraced by science-fiction writers and became a staple of what might be called the larger imaginative universe of Sci-Fi. The term passed into actual scientific usage, with the astronomer, Carl Sagan (1934-1996), suggesting, in 1961, that Venus could be terraformed to support human life. In more recent times, the maverick entrepreneur, Elon Musk, has touted the idea of terraforming Mars in order to make human settlement possible on the red planet and transform humanity into a multi-planet species.

The fourth chapter of Amitav Ghosh’s recently-published non-fiction book, The Nutmeg’s Curse: Parables for a Planet in Crisis, is titled “Terraforming”; in it Ghosh mixes personal reminiscence with historical accounts of various acts of terraforming, not on some distant planet but here in the world we call home. He begins the chapter by reminding his readers, “Renaming was one of the principal instruments with which colonists erased the prior meanings of conquered landscapes.” Not just renaming, colonists often transformed the very contours of the lands they conquered, depopulating areas that were once home to thriving communities, denuding forests and mountains, killing off local flora and fauna, and, in short, putting their mark on these conquered territories, often in unspeakably brutal ways (usually justified by invoking a god who had given them the ‘right’ to do so). “So many Amerindians perished in the sixteenth and seventeenth centuries [as a consequence of European settler colonization] — estimates vary between 70 and 95 percent of the population of the two continents [North and South America] — that vast tracts of land that had once been used to grow food reverted to forest (which is why cities and temple complexes are still being discovered in the jungles of South and Central America).”

In Sci-Fi, as in the ideas of scientists like Sagan, and the projected plans of Musk, one cannot help but notice the proliferation of notions that are inextricably linked with attempts to shape parts of our planet into what Ghosh calls “neo-Europes”. The rhetoric of colonization — settling the last frontier, colonizing space, conquering new worlds and so on — looms large over these fictional and real narratives. In almost every case, they embody dreams of remaking the newly discovered or conquered world in the image of one’s own — something that indigenous and so-called primitive people and the spaces they inhabited were subjected to during the long centuries of colonization, a process that has by no means come to an end in our own times.

Only now, it is often the newly-anointed political elites, usually with a distinctly authoritarian bent, who are engaged in such terraforming — including the renaming of places, the transformation of spaces, and the removal or relocation of people from certain regions; all in the name of the greater glory of the nation. Recent events in our own country bear testament to such impulses, with the construction of gigantic statues or vast central vistas transforming the landscape; new, properly ‘Hindu’ names being foisted on cities and regions; and many millions of Indians being asked to vacate the lands they have lived on, or farmed, or worshipped, either because they are standing in the way of progress, or because they have not proved to be ‘Indian’ enough. Each such instance may have its own specificities, but taken together they display the same steely resolve manifested by the European colonialists of yore who went about their task of remaking the world in their own image, and to their own satisfaction, to serve very clear ideological purposes.

The moral justification for such remaking derived not just from a belief in the divinely-ordained right of the conqueror to carry out such transformation, but also from placing both the land and those who lived on it on a supposedly neutral, scientific scale and finding both land and people insufficiently developed, eligible for transformation, including elimination, if so deemed necessary. Thus, the original inhabitants of regions were often classified as ‘childlike’ or ‘primitive’ or ‘barbaric’ or ‘savage’ before being eliminated or relocated or forced into adapting the manners and mores of their conquerors. In similar fashion, land was often labelled ‘barren’ or ‘unproductive’ or ‘hostile’ to human habitation before being transformed, using a variety of tools and techniques, including the elimination of indigenous species of flora and fauna, the introduction of exotic non-native species, and the actual reshaping of geographical features, through the construction of dams, linking of rivers, and so on and so forth. Examples abound, both of the historical variety — as documented so vividly in The Nutmeg’s Curse — as well as closer to our lives and times, and no useful purpose is served by belabouring the point by citing incidents and instances. We all know what they are.

Used in the extended sense, the concept of terraforming, which should include the ways in which the inhabitants of the terra are also formed, can be a useful way of trying to understand how power seeks to perpetuate itself by leaving its seal on the regions and the peoples it brings within its grasp. To see it either as a quaint notion from science fiction, or as a marker of that long-past historical process called settler colonization, will be to miss its potential to identify the ways in which it is still being practised, almost invariably in order to serve narrow economic and political interests. At the local level, such transformation can take the form of, for example, filling up of water-bodies to construct skyscrapers, or the building of energy-wasteful steel and glass buildings in tropical regions, not to speak of the wholesale destruction of traditional, sustainable ways of living in harmony with the earth’s rhythms. At a global level, toxic dumping, wars over fossil fuel-rich lands, wanton destruction of rainforests, unchecked carbon emissions, as also the large-scale migrations set into motion by such acts that we are now witnessing, to cite but a few examples, bear testament that humanity’s attempts to transform the globe can have dire effects. The ongoing global pandemic ought to serve as a grim reminder that we can no longer take the earth’s resources for granted, and that any future plans that are made should take into account those places and peoples who will be most directly affected by the meddlesome ways of the global corporate elite. Not to do so is a recipe for imminent disaster.