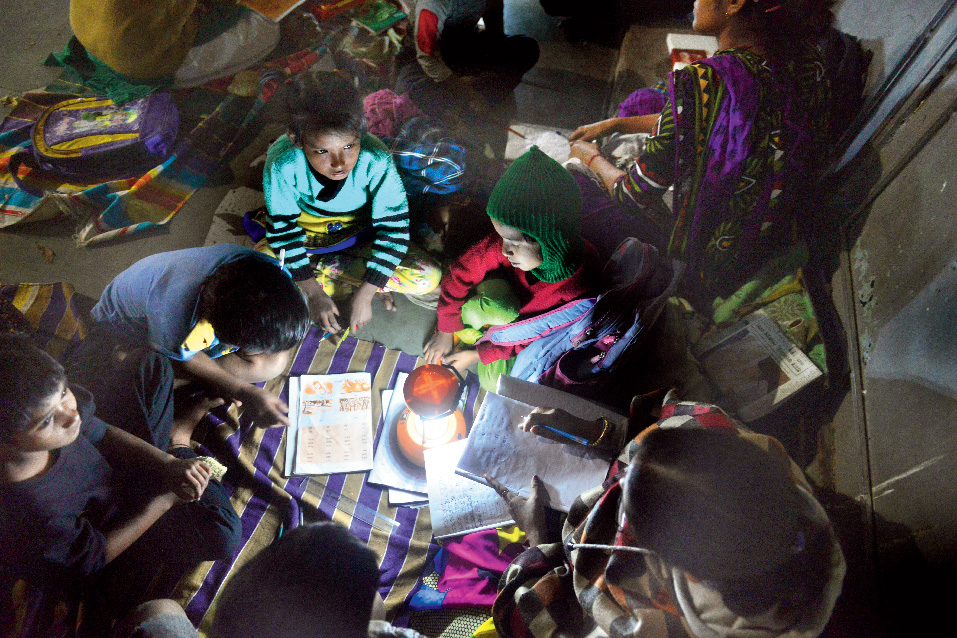 How should growth and development be measured? The dominant tradition, at least in policy circles, continues to be an unhealthy reliance on growth in per capita national income. For instance, government spokespersons are quick to issue laudatory statements whenever gross national product growth figures are respectable, while those in the Opposition are equally quick to throw brickbats at the government whenever per capita growth rates are relatively low.

However, Amartya Sen and several others have argued that individual incomes are a very noisy indicator of individual welfares. Gradually, a virtual consensus has emerged amongst welfare economists that individual well-being does not depend on income alone. Many non-income attributes related to, for instance, health and education determine the quality of life. This is in spite of the fact that those with higher incomes may be able to improve the levels or values of several non-monetary variables. Typically, markets for many non-income attributes such as access to safe drinking water may not exist. Even when markets exist, they may be highly imperfect. So, income as the sole indicator of well-being is inappropriate and has to be supplemented with other variables such as life expectancy, proximity to government healthcare centres, access to safe water, adequate educational facilities and so on.

Perhaps, as a response to this, the United Nations Development Programme launched an annual series of Human Development Reports in 1990. The first set of reports constructed a very simple — some would say too simple — index of human development. Human development was measured by a composite index focusing on three basic dimensions: the ability to lead a long and healthy life; the ability to acquire knowledge, and the ability to achieve a decent standard of living, measured by per capita gross national income. The health indicator was taken to be life expectancy at birth, while education was represented by average years of schooling.

In recent years, several economists have argued convincingly that the per capita income component in the HDI must be adjusted to incorporate disparities in various dimensions; for instance, levels of poverty and inequality, gender discrimination and so on. These arguments have naturally resulted in more sophisticated and comprehensive measures of human development. The UNDP itself has taken the lead in developing some of these indices, and has come out with indices such as the inequality-adjusted HDI which discounts the original HDI by levels of inequality, the multidimensional poverty index to reflect shortfalls in non-income dimensions, and the gender inequality index which throws light on women’s empowerment. In fact, the recent human development reports contain a wealth of information on a wide range of social and economic indicators.

The HDR 2018 has just been released and contains data relating to 2017. The top positions in the basic or unadjusted HDI rankings reveal a more or less unchanging pattern at the top. Countries like Norway, Switzerland, Australia and Germany have always been at the top. A notable change has been the quite dramatic climb of Ireland between 2012 and 2017. This is almost completely explained by the significant improvement in its per capita income component after its recovery from the effects of the 2008 global downturn. The pattern at the bottom is also more or less unchanged, with countries that get very low grades in all the three components, more or less maintaining their relative positions over time. There is also a clear regional pattern in rankings, with virtually all European, Central Asian and Latin American countries being in the high human developed country group, while South Asian and sub-Saharan countries fall in the two lower categories.

India occupies the 130th rank and is classified amongst the medium human development group. Its achievement levels in all the three components are roughly comparable to the average levels of the medium human development group. Compared to the global experience, India has recorded a relatively high rate of growth in per capita income during the last five years. Unfortunately, its HDI rank has improved by only two positions during 2012-2017, surely suggestive evidence that public policy priorities are skewed away from improvements in health care and school education.

The Indian ranking in terms of HDI does not deteriorate when the index is adjusted for inequality — we slip down the scale by only one position. A cursory look suggests that our performance is quite abysmal when it comes to the gender development index, which is measured as the ratio of female to male HDI. The report divides countries into five groups according to the absolute deviation from gender parity, group one consisting of countries that exhibit a high degree of equality between the two genders. India belongs to group five — those countries with the highest level of disparity. However, a closer look at the disaggregated components suggests that an overwhelming part of the disparity is due to the difference in per capita incomes between the two sexes. Of course, it is well known that the female labour force participation rate is very low in India. Naturally, this spills over to a yawning gap in per capita incomes.

What lessons can India learn from the successive UNDP reports? More generally, what are the appropriate development strategies that should be followed by developing countries whose goal is broad enough to encompass improvements in all components of human development? In particular, is it sufficient to depend on the trickle-down process to take care of improved health and educational outcomes?

Indeed, it is very likely that the greater the income level of a country, the more likely it is that the country will have higher average life expectancy, lower infant and child mortality rates and better educational outcomes. But, at least part of this is owing to the fact that richer countries can devote larger public expenditure on the social sectors. Moreover, the difference in income levels leaves unexplained a significant part of variation in life expectancy or infant and child mortality rates. The superb performance of countries like Sri Lanka and China — even before the last few decades when China’s growth rate was miraculously high — emphasizes the important role that public policy can play in supplementing the trickle-down process. India spends less than 4 per cent of its national income on health and education. A relatively small increase in public expenditure can induce a very significant improvement in social sector outcomes.

The author is professor of Economics, Ashoka University