Advertisement
Home / Opinion / How symbols persist: The curious case of the Hyderabad funds

How symbols persist: The curious case of the Hyderabad funds 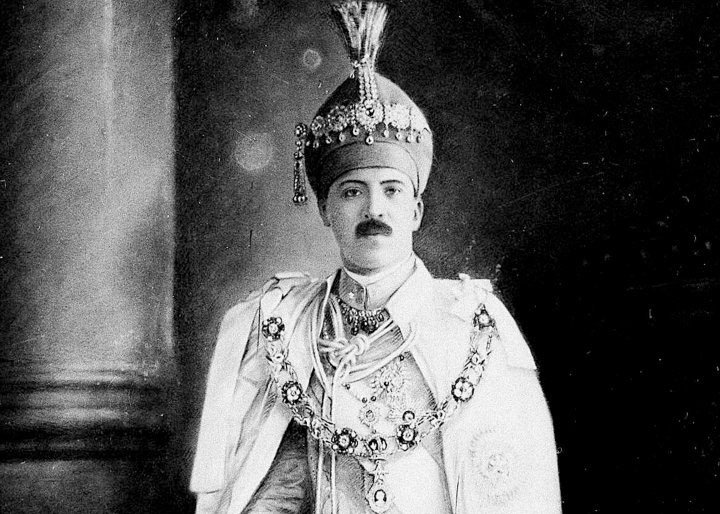 The British High Court judgment on the Hyderabad funds case on October 2 may well mark the closure of a seven-decade-long litigation, although Pakistan can still appeal to the Supreme Court. The proximate reason for the long legal proceedings was obvious enough — an India-Pakistan tangle over money. But the amount was in relative terms paltry for both countries. The significance of the case was symbolic and in both countries its metaphoric value is what explained its long history.

The facts are straightforward enough. Just before Operation Polo in September 1948 — the police action that preceded the merger of the princely state of Hyderabad — the finance minister of Hyderabad transferred a sum of one million British pounds to an account in the name of the then Pakistan high commissioner to the United Kingdom. Immediately after the merger, the Nizam asked the bank concerned to reverse the transaction since it was carried out without his authorization. The bank refused. The Nizam thereafter went to court in 1954 against Pakistan and the bank. Pakistan claimed sovereign immunity from any legal proceedings in the UK. Pakistan’s claim of sovereign immunity was upheld, finally, by the British House of Lords and this froze, so to say, all proceedings for the next almost six decades. The money remained in the account, growing with accumulation of interest to the present level of £35 million. The government of India formally became a claimant in 1965 after the Nizam assigned to it and to his heirs his claims on the fund. This was in effect only a legal change, since Pakistan’s immunity in British courts meant that legal proceedings were not available as an option to settle the case.

From time to time the matter was discussed, during periods of an upswing in ties, between India and Pakistan — for an out-of-court settlement. The pragmatic reasons for doing so were obvious — if no legal outcome was feasible why let the British bank and lawyers benefit? An out-of-court settlement had appeal for pragmatists who saw this as one more issue in the India-Pakistan undergrowth, impossible to settle on merit because of widely divergent approaches. Thus dealing with it on a matter-of-fact basis appeared to be a sensible way to put aside one contested legacy of the emergence of India and Pakistan as independent states.

The pragmatic approach, however, never developed sufficient traction to move towards success. Firstly, periods of thaw in the India-Pakistan permafrost have been, although not infrequent, relatively brief. There was never a long enough time frame to have a real focus on what was at best a minor item on the India-Pakistan agenda. But there were more significant reasons also and these related to the metaphoric and symbolic values attached to the case by both countries.

In 2013, all the hidden subtexts came into the open. This happened when Pakistan instituted a case against the bank for releasing to it the funds in the account, in effect also withdrawing from its position of sovereign immunity. The change was a fundamental one — hitherto Pakistan had been in the position of resisting or denying the Nizam’s and, later, India’s claim and it had done so on the procedural ground of its immunity from British law. By now claiming the funds for itself, it created a situation where the ownership of the money could be decided in a court of law. India and the Nizam’s heirs accordingly became a party to this case by claiming ownership for themselves jointly. Arguments on both sides now covered all the substantive issues involved, revealing, not surprisingly, the widely divergent readings of the history of the events around the accession of Hyderabad to India.

Reduced to its bare essentials, Pakistan’s case was that the funds were no more than reimbursement of expenditure it had already incurred to procure arms for the Nizam’s army to fend off a widely expected Indian forcible occupation of the state. These arms were being transported from Karachi to Hyderabad by aircraft flown by a most colourful Australian mercenary pilot — Sydney Cotton — undertaking these sorties at night to escape detection by the Indian air force. In Pakistan’s view, the Nizam and his government tried hard to resist the forcible Indian occupation and also petitioned the United Nations security council. The Nizam, after Operation Polo and the accession of the state, was no longer a free agent but was acting under duress. His claim that the transfer of funds be reversed was therefore one made under duress and should be disregarded.

The position of the government of India was obviously different. It held that Operation Polo was to remove from power a small clique that had in effect taken control of the reins of Hyderabad state and the Nizam.

Behind these divergent views were even more fundamental differences. For Pakistan, the wishes of an independent Muslim ruler to be independent and closely aligned with Pakistan had been nullified by the Indian military action. The fund thus metaphorically represents to many in Pakistan that claim. In India, on the substance of the issue there can hardly be two views — what possible claims can Pakistan have on funds pertaining to Hyderabad? And what it was seeking to do was to infect all aspects of the India-Pakistan interface with the two-nation virus.

These substantive differences explain why this case persisted for so long and why the pragmatists of the past did not succeed. In Pakistan, there was an additional factor that always militated against an amicable settlement: the reluctance to show progress on any issue relating to 1947 without a ‘resolution of Kashmir’.

In the long hibernation of the legal case coming to an end the onus was on the parties to establish their claims. The court definitely ruled against Pakistan, setting aside the argument that the funds were for purchase of arms or, indeed, that the funds had been absolutely and irrevocably transferred to Pakistan. The claim that the Nizam was acting under duress was also not accepted. Possibly such a ruling would have been reached at any stage in the past if the case had been heard on merit.

So why did Pakistan press the issue by moving away from its sovereign immunity position? One does not know for certain, but it would certainly appear that this was an error from its point of view. If this is indeed the case, it is an argument that could explain why foreign offices are generally so conservative about long-standing positions. A well-established regimen in international law is the doctrine of estoppel. This decrees that a position once taken cannot be easily given up, especially if there are other stakeholders. Following from this the additional takeaway is that adequate bandwidth in international law is a vital adjunct in any foreign office.

The other takeaway is the importance of record-keeping. A distinguished Indian diplomat of the 1950s, K.P.S. Menon, had once written: “A Foreign Office is... a custodian of precedents.” Littered through the Hyderabad funds judgment are references to records produced by both governments on their behalf and the difficulties Pakistan faced in particular in this regard. Archival resources are, in fact, part of any country’s national power and for foreign policy in particular its importance cannot be overstated. Good record-keeping is an old-fashioned virtue but its value is not likely to erode with time.

September and the wreckage of 'liberation'