Advertisement
Home / Opinion / How many rivers will Bengaluru drink

How many rivers will Bengaluru drink 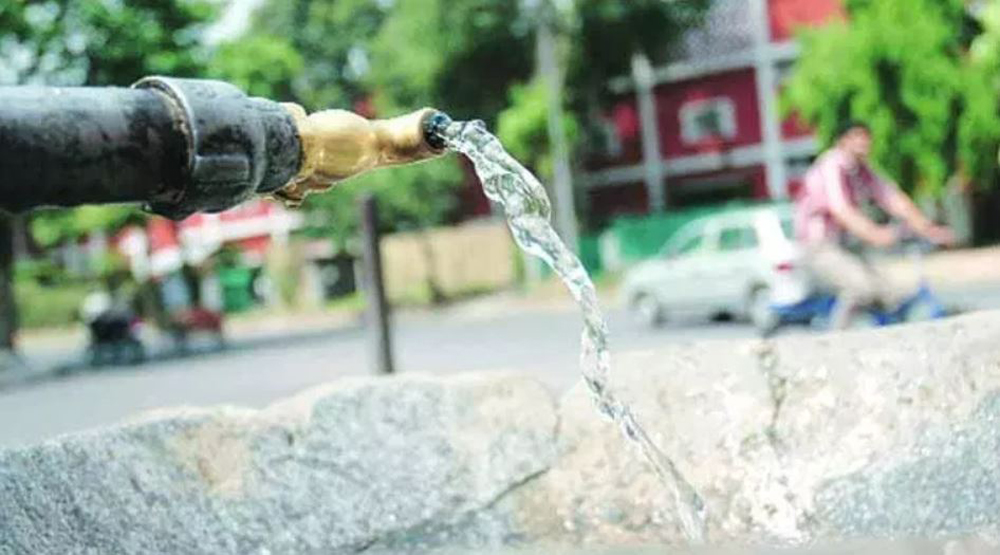 Water being wasted in Bengaluru. Now it seems that the Cauvery has no more to give. So the city must go to a river even further away, the Sharavathi
(PTI)
Ramachandra Guha   |   Published 20.07.19, 01:44 AM

Many years ago, I came across this striking definition of ecological responsibility: “If we produce everything we want from within a limited area, we are in a position to supervise the methods of production; while if we draw our requirements from the ends of the earth it becomes impossible for us to guarantee the conditions of production in such places.”

This aphorism was coined in 1948, shortly after Independence, by J.C. Kumarappa, an economist who was part of Mahatma Gandhi’s inner circle. Kumarappa’s words — or warnings — came back to me when reading of a recent meeting in Bengaluru where activists from rural Karnataka were protesting against the diversion of water from the countryside to meet the ever growing needs of the city.

The city I live in is sited at 3,000 feet, up on a plateau, composed of hard rock. Once, Bengaluru’s needs were substantially met by a network of lakes, tanks and reservoirs located within or close to it. But, as the town became a city, and the population multiplied manyfold, these tanks and lakes were filled in, paved over with concrete, and made into bus stations, sports stadia, shopping malls, and housing complexes. My father, growing up in the Bangalore of the 1940s, remembered there being dozens of tanks within the boundaries of the municipality that he had swum in or cycled around. Except for two — Ulsoor Lake and Sankey Tank — none of these now remains.

In the 1930s, recognizing that the water bodies within were no longer adequate for Bengaluru’s needs, a reservoir was built at Thippagondanahalli, some twenty miles west of the city. This tapped the discharge of two rivers that converged there — the Arkavathi and the Kumudavathi — and sent these waters on to Bengaluru.

In 1931, the population of the city I now live in was roughly three lakh. By the early 1970s, it had multiplied five-fold to about 1.5 million. Bengaluru had also rapidly industrialized in the meanwhile. TG Halli and other reservoirs closer to the city were utterly inadequate to meet its water needs. Thus, a project to divert the water of the Cauvery river to Bengaluru commenced.

The Cauvery was some sixty miles to the city’s west. So Bengaluru was going further and further in search of water. The scheme would pump water all this distance and up a steep gradient too. The city, undeterred, grew on regardless. Its population kept growing, from two to four to eight to ten million and beyond. More projects were designed to pump more water from the Cauvery, these known by the numeral that acts as their suffix, as in Cauvery Water Scheme Stage I, II, III, IV and (the Stage currently running) V.

Now it seems that the Cauvery has no more to give. So Bengaluru must go to a river even further away, the Sharavathi. This originates in the Western Ghats and flows on to meet the Arabian Sea near the town of Honnavar. The river (from which is formed the majestic Jog Falls) is some 180 miles north-west of Bengaluru. No matter; the residents of my city are now eyeing its waters for their own use, with a ‘detailed project report’ to make this happen being prepared by the Government of Karnataka.

The Cauvery and the Sharavathi are hauntingly beautiful rivers (I have travelled in the upper reaches of each). Nature intended both to be untamed; but man had other ideas. He first dammed them for irrigating fields and lighting up homes; now he wants to grab their waters to fill the taps, garden hoses and industrial cooling plants of India’s fastest growing city.

A reservoir twenty miles away; then a river sixty miles away; now, a river one hundred and eighty miles away. As Bengaluru has grown, and grown, it has had to forage ever further in search of the liquid that is most essential for human life. However, what my city is doing is economically profligate; since it costs a lot of money to lay the pipes, and to use electricity to pump the water long distances and up the plateau on which Bengaluru spreads itself out. It is also socially unjust; since Bengaluru’s capture of these waters means that the countryside as well as smaller towns are deprived of its use (notably, Shivamogga, the headquarters of the district in which the Sharavathi originates, recently observed a bandh against the diversion of the waters to the state capital). And it is ecologically imprudent; for, as Kumarappa warned long ago, the further people are from the origin of the resource they desire, the less likely they are to be concerned with its wise or sustainable use. Tragically, the citizens of Bengaluru take it for granted that as this is where the most powerful and affluent residents of the state live, the water they require for domestic or commercial use will just keep on coming.

I have written thus far about the city I live in. But, of course, Bengaluru’s problem, and the problems created by Bengaluru’s growth, have a countrywide resonance. India is a land of many fault lines, multiple problems — but it just may be that the gravest of all crises we face is the water crisis.

Back in the 1980s, the ecologist, Jayanta Bandyopadhyay, had presciently written that the liquid whose quality and availability were central to India’s future was water, not oil. No one listened to him then; but now sensible people recognize that this is absolutely the case. The shockingly high levels of pollution in our major and minor rivers; the depletion of aquifers and the contamination of groundwater in all states of the Union; the variability in rainfall patterns and the declaration of ever more districts as drought-prone; taps running dry in city after city— all these have made the question of water use and misuse, water availability and scarcity, belatedly a subject of public conversation and political debate.

How can India come to manage its water resources more sustainably and effectively? This is a question every citizen of this country, every reader of this column, should be interested in. I would recommend that, if they have the time and the inclination, they read these excellent books on the subject, two in English, one in Hindi, all available in print: Mihir Shah and P.S. Vijayshankar, editors, Water: Growing Understanding, Emerging Perspectives; Jayanta Bandyopadhyay, Water, Ecosystems and Society: A Confluence of Disciplines; Anupam Mishra, Aaj Bhi Khare Hain Talab. (Meanwhile, for more topical articles and analyses, readers should, if they’ve not already done so, acquaint themselves with the excellent website, www.indiawaterportal.org).

I myself am not an expert on water management. However, as someone who has followed the subject for many years, I would like to offer a few cautionary words in conclusion. First, that while cities are guilty of avarice and greed, the countryside is no moral exemplar either. The provision of free power to farmers in state after state has encouraged extremely wasteful practices. Second, that we must adopt a demand-side rather than supply-side approach; seeking to make water users more prudent in their behaviour rather than frame new and expensive projects to meet a (real or imagined) shortfall. Third, we must be guided in our search for solutions by hard science rather than soft spirituality. We claim that Hindus revere rivers; but why is it that our most sacred rivers are also the most polluted and the most damned? Rather than looking towards sadhus and god-men — as they are presently prone to do — Central and state governments would be advised to listen more attentively to hydrologists, geologists, urban planners and ecological economists. Fourth, the laws of nature are both more immutable and more wrathful than the laws of economics. Neglecting the latter might lead to the failure of an individual enterprise or a rise in the fiscal deficit; neglecting the former may lead to the death of a village, a town, a state, a country, a civilization.

Modi calls for mass movement to save water