How India can raise the bar in responding to disasters 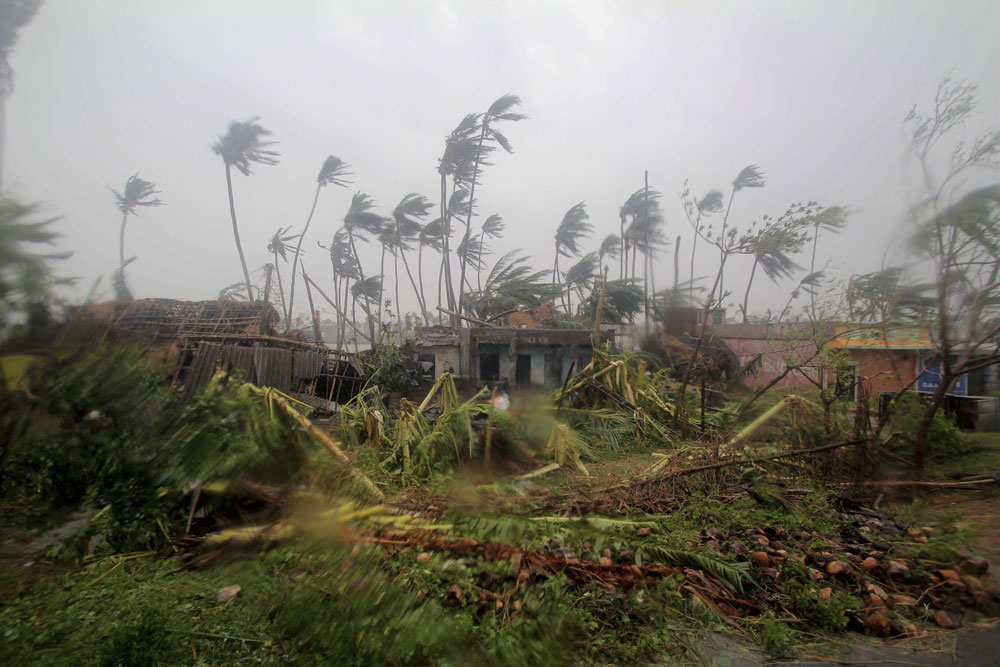 Cyclone Fani has passed, leaving behind a trail of devastation. The early warning system, effective disaster response plans, investments in disaster shelters and systematic deployment of volunteers on the ground ensured that more than one million people were shifted from harm’s way.

This is in stark difference to what happened when a super cyclone hit Odisha’s coast in 1999. On that occasion, winds at 260 kilometres per hour along with 25-feet-high tidal waves and 48 hours of incessant rain resulted in the death of just under 10,000 people as per official records.

A big challenge in any disaster is the manner in which the recovery process is carried out after the spotlight has moved away from the affected areas. In the aftermath of the super cyclone in 1999, I had been assigned to Polong village under the Gadkujang panchayat of Ersama block in Jagatsinghpur district as part of a relief team from TISS, Mumbai. One of our initial tasks was to assist officials in cremating bodies that had been missed during initial mass cremations. Guided by the local people, we moved around the village in teams, cremating decomposing bodies stuck in inaccessible crevices and ditches created by the tidal wave. At the end of each day, we would meet at a camp set up by the Odisha government for children and the elderly who had lost their families to the cyclone. The woman in charge of caring for these people was herself the sole survivor from her family. One day, as we prepared to leave, she came and asked us to help cremate her daughter’s body. She had buried her in a shallow grave but dogs had dragged the body out. She led us to a bone jutting out from the side of a road in the failing light. I had seen the bone earlier and had assumed that it was the carcass of an animal. At that time, I could not even fathom how the survivors were able to cope with their loss and the devastation.

Ten years later, by virtue of a longer association with the survivors of Cyclone Aila at Kalitala village in the Sunderbans, I was able to see some of the long-term impacts of that disaster. Agriculture collapsed in the area for four years, destroying the local economy and forcing most of the villagers to undertake distress migration. Among those who stayed back, the palpable fear felt at the first signs of any inclement weather reminded me of my conversations with the survivors in Odisha. They used to say that they felt paralyzed with fear and could not sleep at night because of the sound of the sea. In Kalitala, the villagers spoke of a rise in domestic violence and even suicides. These could very well be symptoms of post-traumatic stress disorder. But specialized assistance had not been provided to the survivors.

The provision of financial packages tends to dominate the narrative in the rebuilding phase. No systematic effort is made to ensure that the reconstructed houses would be resilient to future disasters. This is a standard practice that has been successfully implemented in countries like Japan for years.

India has mind-boggling diversity in indigenous building techniques. These are usually well adapted to local climatic conditions. Disaster resilient features are often concealed in the wisdom of many of these local building traditions. They stay hidden in plain sight because as a culture we have embraced ‘modern’ ways of building, ignoring the wisdom of some of our traditional building techniques. In fact, experts have blamed the explosion of these ‘modern’ but unscientific and unregulated building practices as important contributors to the scale of destruction witnessed during the floods in Uttarakhand and Kerala.

While it is commendable that we have developed the capacity to save lives in times of cyclones, we must not rest on our laurels. Cyclones are just one of the many types of disasters that India is vulnerable to. Focusing on what remain invisible — helping survivors deal with their psychological trauma in a post-disaster situation and ensuring wide-scale adoption of responsible building practices to turn built spaces disaster resilient — could be one way of raising the bar.

Disaster response: on the right path but not enough