How bhajans enlivened a 'dull and boring' Delhi Assembly premises

DELHI DIARIES: Why Mukul Sangma is impressed with Prashant Kishor and is Nitish's liquor ban story a signal to the Congress? 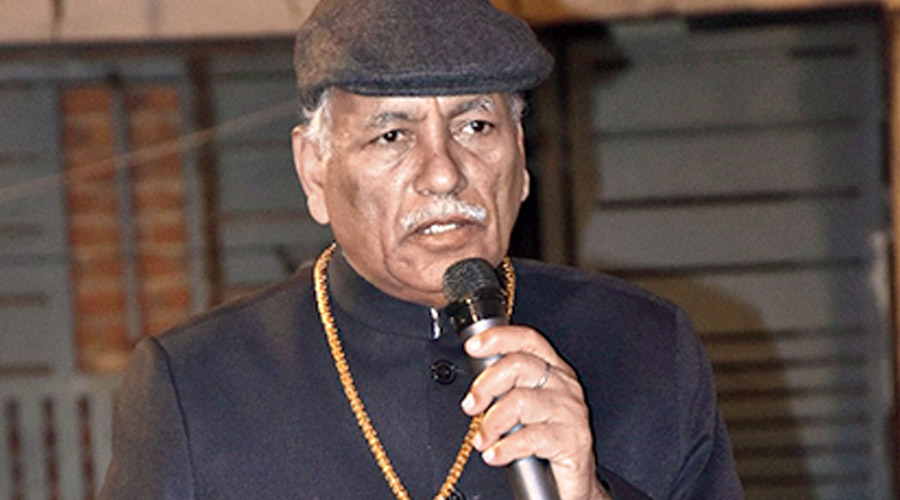 It appears that the Speaker of the Delhi legislative assembly, Ram Niwas Goel, has taken the advice of the chief minister, Arvind Kejriwal, of making the assembly less “boring and dull”. With an overwhelming majority of 62 seats, the ruling Aam Aadmi Party does not see much action in debates. Hence, Goel seems to have thrown propriety to the wind by holding celebrations of religious festivals on the assembly lawns.

While Speakers from across India keenly pushed their agenda online on anti-defection provisions at a recent meeting of presiding officers in Shimla, Goel reportedly did not tire of stressing that he had invited Anup Jalota to sing bhajans on December 30 on the assembly lawns. In the past, Goel had held celebrations of Ramlila and Christmas as well as iftar parties on these lawns. Although some legislative officials rue the lack of attention to training staff and research work at the assembly, they are content with the small mercy of Goel not inviting religious heads to address the celebrations after he invited the Jain monk, Tarun Sagar, in 2016.

The CM of Bihar, Nitish Kumar, gave a twist to the prohibition tale when he reportedly revealed a new reason behind declaring Bihar as a dry state. The story goes back to his college days in Patna when he stayed at a lodge. Many poor people lived in the neighbourhood and they would binge-drink on their paydays and then, armed with Dutch courage, fight and shower expletives. “Emboldened by the spirits, the drunkards used to say nonsensical things about the then prime minister. I would dislike such things being said for a woman, and would tell them that I would get them packed to jail if I ever got a chance,” Kumar said. It is here that the seed of liquor ban germinated in him. Is the Janata Dal (United) leader warming up to the Congress?

When Mukul Sangma, a veteran Congress leader and former Meghalaya CM, joined the Trinamul Congress along with 11 other Congress members of the legislative assembly, he revealed the role of the political strategist, Prashant Kishor, in the matter. Kishor, a close aide of the West Bengal CM, Mamata Banerjee, has been helping the TMC expand its foothold beyond Bengal.

Sangma was impressed by Kishor’s vision to create an alternative to the ruling Bharatiya Janata Party. The former Congress leader, political observers say, is the most important addition to the TMC’s arsenal. He has been an MLA since 1993 and was the CM from 2010 to 2018. He has a significant following in the state, especially in the Garo Hills. Sangma’s wife, daughter and brother are also MLAs from the region, which has 24 of the state’s 60 seats. The TMC’s gain has been at the expense of the seemingly rudderless Congress. The Kishor hand is certainly proving costly for the Grand Old Party.

The images of the prime minister, Narendra Modi, speaking to the Uttar Pradesh CM, Yogi Adityanath, with his arm around the latter’s shoulder have generated a lot of whispers in the power corridors of Delhi. The pictures were tweeted last week by Adityanath, apparently to stress his closeness to Modi and to silence his detractors. This has led many to wonder if he is trying to position himself as Modi’s successor. If so, then what happens to Amit Shah?

Publicly, Modi has been extending his full support to Adityanath. During a recent visit to Lucknow, Shah said that Adityanath will have to retain his chair in the 2022 assembly polls for the BJP to win the 2024 Lok Sabha elections. Perhaps a similar motivation is pushing the prime minister to throw his arms around Adityanath.

Everyone knows that the Rashtriya Janata Dal chief, Lalu Prasad, likes to be in the driving seat. During his recent visit to Patna, Lalu saw his old jeep parked at the official residence of his wife and former CM, Rabri Devi, and began driving it inside the compound. His family tried to stop him but, reportedly, he drove all the way to the RJD headquarters.

“Lalu ji bought it for Rs 5000 from the army... This is an iconic vehicle in which many former chief ministers and Union ministers have travelled. He used to take [his] wife and children in it to his village and sasural,” an RJD leader said. Others fondly remembered how the jeep would run out of petrol and they would either have to push it or scout around for fuel. The rustic leader also used to hum on the way and make everyone in the vehicle sing.

The Kerala CM, Pinarayi Vijayan, has an admirer in the Congress parliamentarian, Shashi Tharoor. Tharoor, who recently called on the Communist stalwart, described the meeting as a “wide-ranging informal conversation, mainly on national issues”. Tharoor also tweeted that it was a pleasure to meet Vijayan and “learn from his professional approach to development.” At a time when the Congress is putting Vijayan through the shredder for his plan to build a semi-high-speed rail network across the state, Tharoor’s comments were met with smirks from his party colleagues.

Just when he may have expected applause for his handling of Covid-19, the Karnataka health minister, K Sudhakar, was criticized at a cabinet meeting for usurping major projects, including a medical college and a hospital, for his Chikkaballapur constituency. He also allegedly sought approval for maternity hospitals for his old friends in the Congress — Sudhakar switched to the BJP in 2019, leading to the collapse of the Congress-Janata Dal (Secular) coalition. Even a decent performance matters little in politics.