Advertisement
Home / Opinion / History wars: How much should the past intrude on to the present?

History wars: How much should the past intrude on to the present? 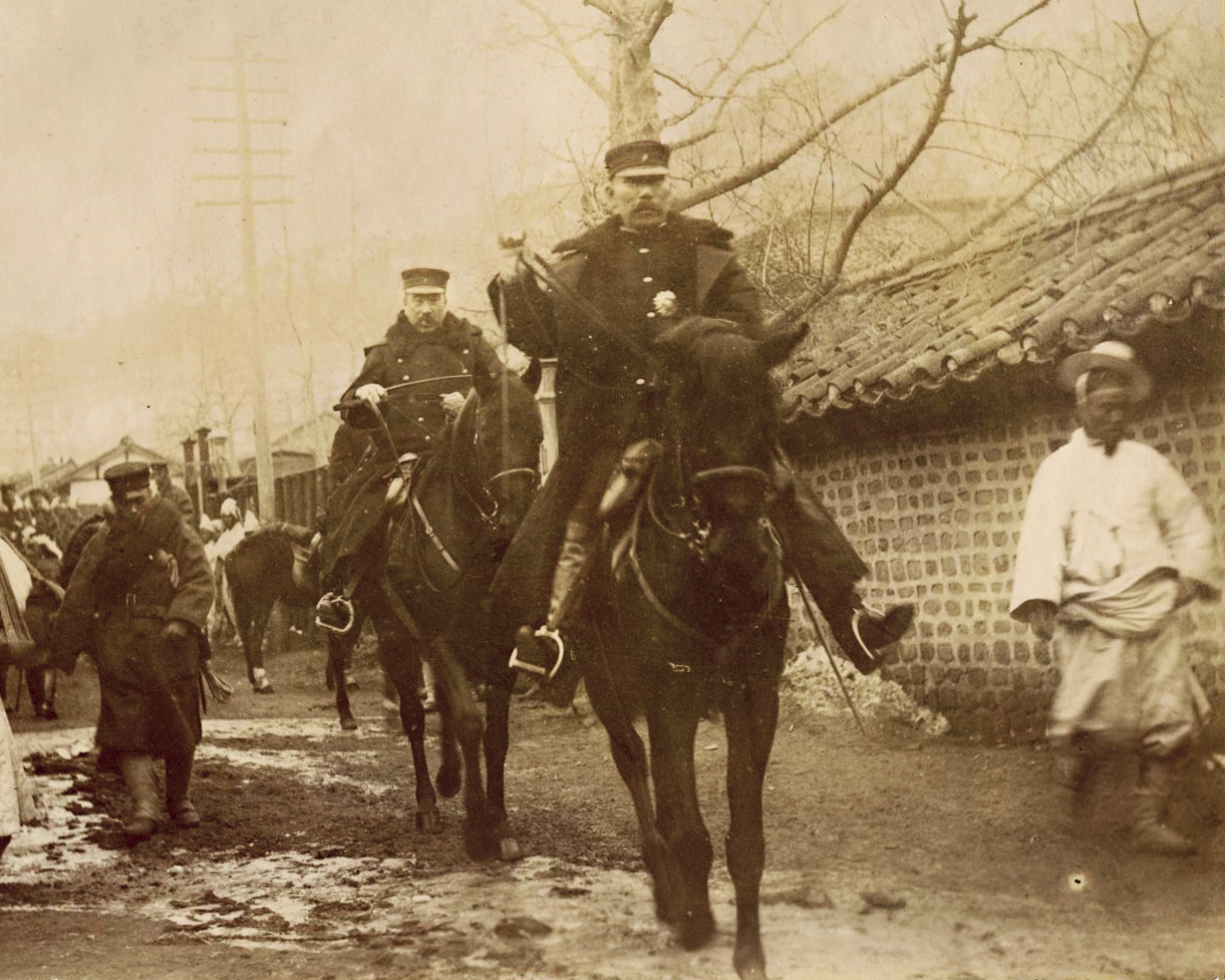 Japanese officers on horseback in a narrow street in Seoul. The division of the Korean Peninsula was one visible outcome of the defeat of Japan and the end of World War II in Asia
(Wikimedia Commons)
T.C.A. Raghavan   |   Published 12.09.19, 08:05 PM

Differing interpretations of a treaty over half a century old, territorial claims and counter claims, anger on the streets, charged political rhetoric underwritten by a deep sense of historical wrong — and all this having an impact on areas as diverse as trade, tourism, intelligence sharing and security. If you are inclined to think about South Asia and India-Pakistan, a rethink is required. This drama is playing out in Northeast Asia between South Korea and Japan.

This month marks the 80th anniversary of the outbreak of World War II. The Japan-Korea tangle is both a part of the story of that wider conflict but is also distinct from it. Japan’s defeat in 1945 also ended its colonization of Korea, which had had its own logic and predated the war. As we debate and contest the issues of decolonization, partition and the supercharged geopolitics of South Asia in the 1940s, it is useful also to listen to similar conversations elsewhere.

The division of the Korean Peninsula was one visible outcome of the defeat of Japan and the end of World War II in Asia. North and South Korea emerged as independent entities tied respectively to the Soviet and US-led alliance systems. If this was an indicator of the emerging Cold War, it was also to be one of its vital components. Yet Northeast Asia, like all other regions, also had its own dynamics. Unrelated to Cold War divisions was the history and experience of Japanese colonialism from the first decade of the 20th century that underwrote a great deal of South Korea’s world view as it came on to the world stage in the 1950s.

For the United States of America, it was the larger picture of the Cold War that was important. This meant overriding older historical memories and welding Japan and South Korea together in a larger concert. That this happened only by 1965 suggests how much heavy lifting the US had to do and how strong were Korean objections. These arose principally on account of the Japanese colonial record in Korea since 1910. In Korean memory, the Japanese occupation was a period of brutal exploitation which intensified further during World War II. Two aspects in particular have had a long afterlife. The use of Korean forced labour in Japanese factories and the sexual exploitation of Korean women by the Japanese army. However, in 1965, South Korea and Japan reached an agreement that seemingly put these issues behind them and led to the establishment of diplomatic relations between the two. It also provided for generous Japanese financial and technical assistance to South Korea that played a significant part in its economic transformation.

The 1965 agreement also cemented a triangular security relationship with the US providing the apex. In return for the financial compensation and assistance to South Korea, the treaty provided that all South Korean claims on Japan were to be “settled completely and finally”. While the issue of forced labour and sexual exploitation of Korean women was never entirely dormant in the half century that followed the 1965 treaty, it did ensure that resentments remained relatively muted and South Korean-Japanese relations in different fields — economy, trade, security, tourism and so on — galloped forward. In 2015, the 1965 system appeared further strengthened with the Japanese government expressing remorse at the pain suffered by sexually exploited women and setting up a fund to benefit the few remaining survivors. Yet domestic political shifts in both countries thereafter undermined this process. In South Korea, many feel that Japan needed to go further in accepting responsibility and acknowledging the crimes committed in the past. There is also the view that the 1965 system was the consequence of an undemocratic government in South Korea with dictators ramming through decisions without adequate public consultation. Beneath all this was the sentiment that Japanese apologies and expressions of remorse, although conveyed on multiple occasions, lacked conviction and sincerity. The mood has also hardened in Japan. At one level, there is a large element of remorse fatigue and impatience that the South Koreans will never be satisfied as the issue is a convenient political whipping point to consolidate electoral support. There is also the sentiment that the present and the future cannot always be held hostage to the past and that the Japanese war record is being distorted out of all proportion.

The current situation has arisen from October 2018 following a South Korean Supreme Court judgment awarding compensation claims against Japanese companies for forced labour exacted from Koreans during World War II. The court held that the 1965 treaty had only resolved interstate claims so that diplomatic relations could be established but this settlement did not include individual claims or the violation of individual rights. To compensate claimants, other judgments have permitted seizure of assets of the Japanese companies concerned in South Korea. Japan thereafter placed restrictions on selected exports that would impact in particular South Korea’s semiconductor industry. It thereafter removed South Korea from a select list of preferential trade partners. Retaliation on a non-trade issue on the trade side by Japan led to South Korea responding by withdrawing from an intelligence sharing agreement concluded as recently as 2016. There are wider ramifications of this friction, with tourism footfalls declining and South Korea conducting military exercises around a small group of islands it controls but is claimed by Japan.

This is then a classic ‘history war’ based on radically different memories of the past and on contrasting perceptions on how much the past should intrude on to the present. Variants of such ‘history wars’ recur frequently elsewhere too. In the US, the debates over the removal of Civil War statues in what were the Confederate states or about paying reparations for slavery are among the best known. But there are numerous others that have, as in the case of South Korea and Japan, an external dimension.

Each of them is a complex matrix of memory and emotion but contemporary frictions and conflicts are also self-evident. The crests and troughs of such history wars are thus explained by current political and geopolitical developments. The Brexit debate is in part Britain’s long farewell to the Empire. But it is informed by an inability to come to terms with the loss of Empire, such inability being buttressed by membership of P5, an overactive foreign office reared on the belief that punching above your weight is compensating for loss of real power and so on. The current debate about slavery in the US has as its pivot that 2019 is the fourth centenary of the arrival of the first African slave in North America. But it is obviously also related to the US’s domestic political churn illustrated by the polarities of Presidents Barack Obama and Donald Trump and their debates on immigration. In Northeast Asia, China’s rise and military assertion have contributed to Japan’s impatience to be rid of constant reminders of its militaristic and imperial past. Trump’s outreach to North Korea means that one of the cementing factors between Japan and South Korea looks wobbly. Till some years ago, their frictions would not have gone beyond a point because US displeasure would have been a moderating factor. That this no longer happens, at least in the same way, is more evidence of how rapidly Asia is changing.

The confrontation between Tokyo and Seoul is not really about trade