Their demand for assured remunerative prices, therefore, is perfectly justified 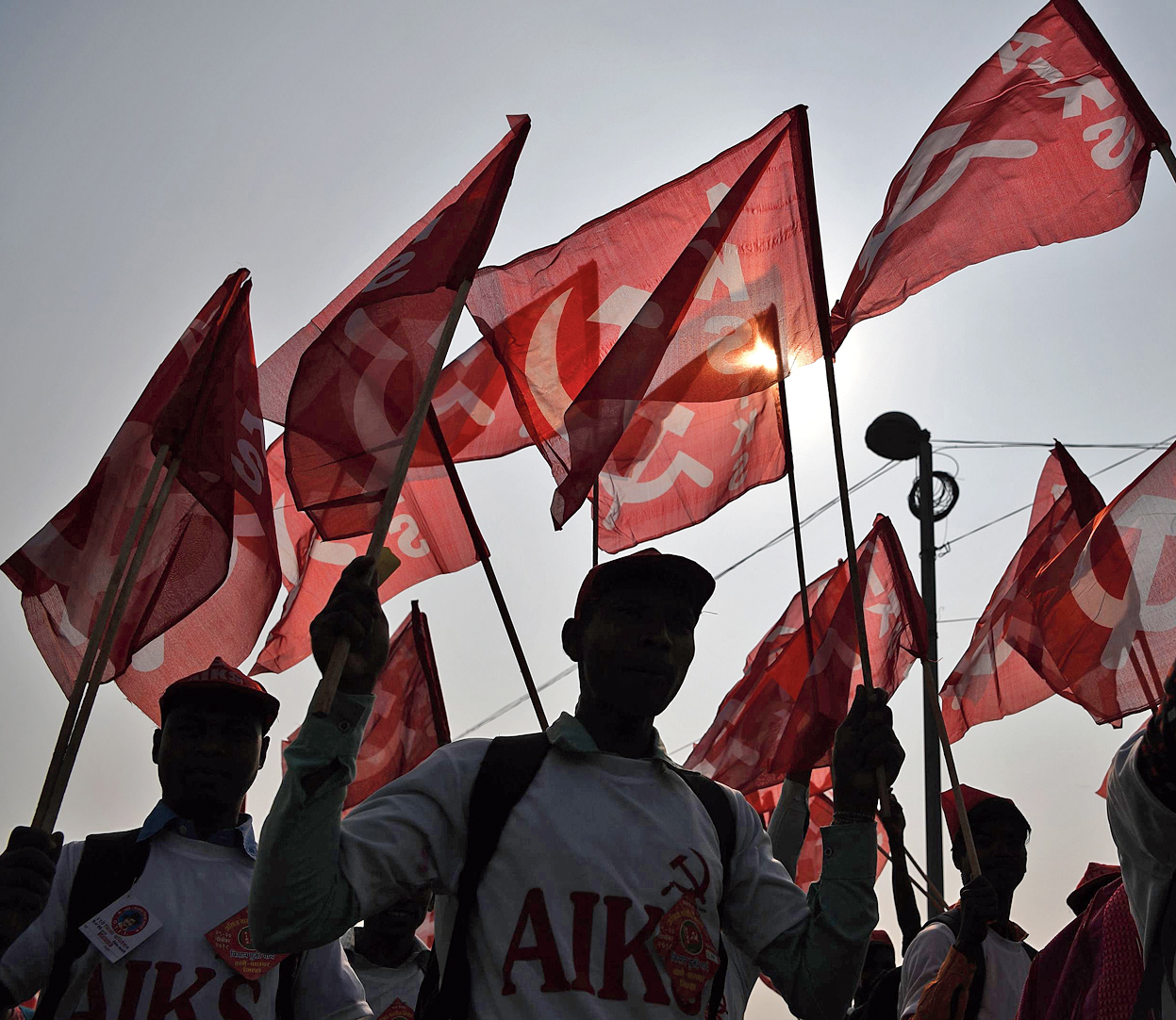 Farmers take part in a march organised by the All India Kisan Sabha and Communist Party of India (Marxist) along with other leftist groups in New Delhi on November 29, 2018, calling for pro-farmer legislation in Parliament.
AFP
Prabhat Patnaik   |   Published 12.12.18, 03:21 AM

There are occasions when one suddenly becomes aware not just of the inadequacy of economic concepts for understanding reality but even of their obfuscating role. One such occasion was the recent kisan march in Delhi. The peasants have been facing distress for long, which has resulted in more than three lakh suicides over the last two-and-a-half decades, in growing indebtedness relieved only by occasional debt-waivers, and in a mass exodus out of the agricultural sector which has swollen the reserve army of labour in towns.

It so happens, however, that an index of the ratio of these two prices which is readily available in official statistics does not show any decline in the agricultural prices relative to the industrial prices. This appears to contradict claims of peasant distress. Indeed, some have argued on the basis of these statistics that the extent and depth of peasant distress is exaggerated. True, they say, the poor peasants and agricultural labourers, who are at the bottom of the heap, may have seen a worsening in their lot, but the richer peasants are unlikely to have done so. It follows that increasing the procurement prices as demanded by the kisan march would only result in a squeeze on the net buyers of foodgrains, who also include the rural poor, just for a further enrichment of the better-off peasants and landlords, who have not been subject to distress anyway.

This argument, however, far from proving the absence of peasant distress, only proves the inadequacy of looking at the terms of trade movement for assessing peasant distress. This inadequacy arises for several reasons. First, the agricultural price that is used for measuring the terms of trade does not refer to the price that the peasants actually get. In fact, no information is available in any official source about the farm-gate price, or the price that peasants actually get. We have official data on the minimum support price and procurement price declared by the government, and about wholesale prices, apart from the various consumer price indices, but not about producers’ prices; and the crude measure of the terms of trade given in official sources is based on wholesale prices. Since one of the main complaints of the peasants aired at the kisan rally was that the price they get is only a fraction of the wholesale price, to deny their distress by citing a measure based on the wholesale price itself is absurd.

Second, the industrial price that appears in the crude terms of trade calculation in official statistics is also the wholesale price, which differs from the retail price that the peasants have to pay when they buy industrial goods. Third, the basket of goods which are covered in the calculation of the wholesale price index for industry is not the same as the basket of goods that the peasants buy, either as inputs or for consumption. And finally, industrial goods are not the only ones that the peasants buy from outside; in fact, a very important part of their consumption basket consists of services such as healthcare and the education of their children, and the prices for these services are not covered in any terms of trade calculations.

Inter-sectoral terms of trade statistics, therefore, are totally irrelevant for assessing peasant distress. The peasants buy two kinds of goods, inputs and consumption goods, and one way of getting an idea of peasants’ condition is to take official statistics on the value added in the agricultural sector, which is the excess of the total value of the output it produces over the value of the current inputs it uses. Since all incomes derived from agriculture have their origin in the value added in this sector, if we deflate the per capita value added figures by the consumer price index for rural India, which we can get from official statistics, then we can get a better idea of movements in peasants’ real incomes than what terms of trade figures can possibly give.

Such an exercise shows that the per capita real income of the agriculture-dependent population (whose ratio to the total population is, quite plausibly, assumed to remain unchanged over the brief time-period covered by the exercise) declined slightly between 2013-14, on the eve of the present government’s coming to power, and 2016-17, the latest year for which we can do these calculations.

Three additional factors have to be borne in mind here. First, the slight decline we noted is for the agriculture-dependent population as a whole. If we assume, quite reasonably, that within agriculture the landlords and the capitalist farmers have not witnessed any decline in their per capita real income, then it follows that the decline must have been quite noticeable for the peasants and agricultural labourers taken together.

Second, the interest paid by the peasants on the debt they have incurred in the past, as well as any repayment of that debt, has to come out of their incomes; it follows that their incomes after deducting interest payments and debt repayments must have been even smaller. In fact, the burden of debt is one of the main complaints that the peasants marching in the kisan rally had.

Third, the consumer price index for rural India which appears in official statistics does not adequately capture the actual increase in the cost of living of the peasantry for the following reason. This price index captures the increase in price of a basket of goods that was consumed in the base year; since there has been a continuous tendency towards privatization of education and healthcare, the consumers in any later year access a greater amount of private healthcare and education facilities, which are much more expensive, than in the base year. There is thus a forced shift to more expensive services, which is not captured through the consumer price-index. The index thus understates the rise in cost of living.

Taking all this into account we can safely conclude that there has been an absolute deterioration in the condition of the peasantry, at least in the recent past. The demand for amelioration in their condition through providing assured remunerative prices, therefore, is perfectly justified. As for its impact on the prices paid by the final consumers, including the net buyers of food in rural areas, it can always be taken care of through an appropriate increase in food subsidy.

The conflict between producer and consumer interests has been resolved in India through a subsidized food distribution system that has evolved over time. Harping on this conflict amounts to subscribing to the idea of a fiscal limit on the food subsidy. In a country where the tax-GDP ratio is among the lowest in the world, this is absurd.