The loneliness of the dissenting voice 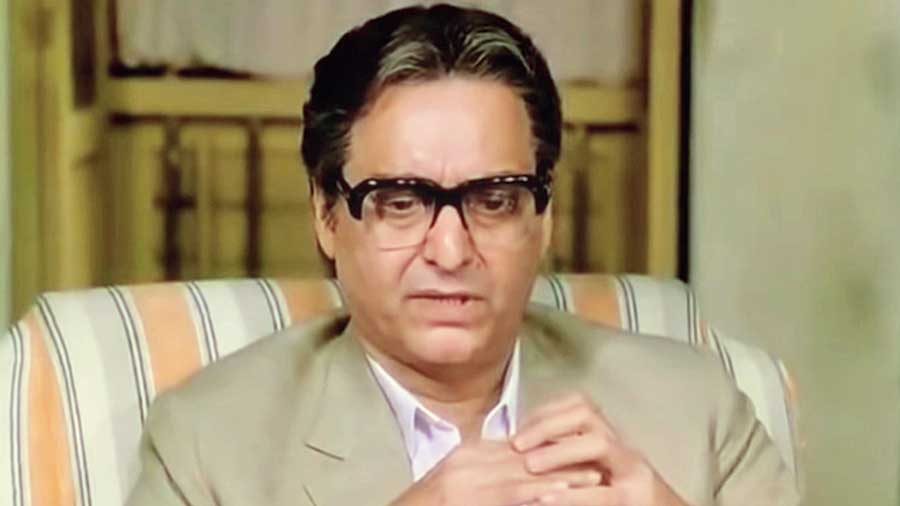 A.R. Venkatachalapathy, scholar of Tamil and modern Indian history, in a recent article (The Hindu, September 15), gives us a glimpse of Subramania Bharati’s story-in-a-dream, “Gnanaratham (The Chariot of Wisdom)”. In one part of this, the narrator is traversing Satyalokam, the land of truth. It is a demanding land, the call of truth being a challenge and a test. But midway, Venkatachalapathy says, “The narrative is now intercut with Bharati’s travails in the real world. His wife harries him with demands to buy provisions and pay the rent. Physical ailments torment members of the family...”

This stunningly real-world cameo reminded me of a scene from Ibsen’s An Enemy of the People (1882): Mrs Stockmann (to her husband): Well, it doesn’t look as if you thought very much about your wife and children today, or you wouldn’t be so ready to plunge us all into ruin.

Gnanaratham, Venkatachalapathy tells us, was written at the peak of the swadeshi movement when brutal repression saw many of Bharati’s friends in prison and the poet-writer was himself in exile in Pondicherry. But the period also saw, one may imagine, the standard and politically innocent ‘majority’ represented by the narrator’s wife, completely absorbed by the problems of work-a-day life. An Enemy of the People, likewise, was written by Ibsen as a Norwegian and Scandinavian liberal infuriated by the dangerous indifference of his townsfolk to the infectious waters of their adored spa, their town’s cultural hub and, therefore, a palladium of their collective egos. This indifference and hugging of their grooved habituations by the town is for Ibsen, and through his characterization of Dr Stockmann, intolerable. The medical officer, aware of the scientific truth of the infected waterworks, and of the social truth of the profit-based corruption around it, comes to believe and proclaim the view that the “majority is always wrong.” He comes to believe that the dissenting individual, the crusader for what is right and what is true, will have to be strong for “the strongest man in the world is he who stands mostly alone.” One might add, even in his own home.

There is to Bharati’s chariot-borne or Ibsen’s passion-borne idealism a naiveté, replete with humour, directed at himself as well as a moral energy directed at the reader. The two — humour and moral energy — in these works save each other from any overdrive.

Any ‘dreamer’ and journeyer in Satyalokam or the field of truth in the public arena needs and seeks support from home, family, kin and society. For the fortunate dissenter, support comes of its own accord (albeit not without tensions). It is given to few, very fortunate few, to receive the total and unconditional support of family for their public stand.

But from society, no. For society is no different from the “majority” which, as Ibsen’s Dr Stockmann finds, is one or more or all of these: uninterested, indifferent, befooled, compromised, co-opted, complicit. So being ‘most alone’ is the truth-journeyer’s lot. It is the lot of the fighter for causes which she or he knows are right but which society or samaja, to use a far more expressive term, does not see the same way.

Strength, superhuman strength, is, therefore, needed by the truth-seeker and falsehood-challenger, the fighter who is ‘most alone’. And is to the extent of being unsupported inherently weakened.

Who knows this well? Why, the Burgomaster or the Mayor in Ibsen’s play, the local authorities of the raj that Bharati was fleeing from, and the State anywhere and everywhere, any time and at all times.

If Dr Stockmann had been supported by the Burgomaster, the town’s newspaper editor and the citizenry, the town would have been rid of the threat to its health. We would then have been robbed of the great play, but that is another story. He does not get that support. His warnings are not heeded.

Fast-forwarding to more recent times in our CE — our Corona Era — it is unbelievable but true that a true-ringing voice, not a soothsayer’s or astrologer’s but that of a man of science, of medicine, gave that warning not once but more than once of a zoonotic pandemic staring us in the face. Dr K. Srinath Reddy is not a harried, short-tempered, pilloried Dr Stockmann but a calm, mild-worded, deft expert in public health management who knows the equivalent of a poisoned spa when he sees one. Speaking pre-Covid-19, in 2008, at a symposium in Boston, he said with foresight and boldness (and I quote): “The market imperative and the moral imperative of public health must find a convergence point. It is not accidental that most of the new infections that have emerged in recent years are zoonotic. We are only thinking of technological responses in terms of vaccines and drugs without recognising that huge areas of deforestation release hitherto contained viruses and vectors into the human habitat and that livestock cultivation on a commercial scale provides a captive veterinary population where these can spread in close contact with the human populations...”

Our callousness, our blinkered slavery to habit, grooves of routine, rituals of custom in the way we live, consume, sway to the tunes of a manipulating use-and-throw market are stronger than our will to see the truth of our times. We have got so used to the mass-growing, mass-destroying, mass-breeding, mass-slaughtering, mass-selling of decaying consumeroids by a priesthood of the God of Greed that we have bonded ourselves to the stratagems of monopolies. These click into the levers of techno-commercial-political power, closing eyes to the elemental recoilings, fundamental rejections by nature’s cells and tissues of that which pollutes, parches, abuses the springs of life.

We have been whiplashed by the tail of a dragon we have created, fed, fattened, feted. And it has spewed on us the spiked red balls of fire we have lit within it.

And in order to curb it, in shock and bewilderment, the same world conglomerate that benefited from its creation is now desperately seeking new powers, new tools, new strategies. These are empowering. Do they tame the virus? To some extent, yes, but they align its victims, human samaja , to newly-emerging strategies of control — political, economic, ideological more.

And is the samaja, the “majority” as Ibsen described it, resisting? On the contrary, it seems to be wanting the Corona Era to end just so that business can be back to usual, and it can return from all the lockdowns and partial lockdowns and barriers to ‘old times’ again. If so, let us be sure this variety of the CE will not end. It may be paused in a strictly medical sense when the vaccine comes. But if the market imperatives of more deforestation, minerals disembowelling, commercial giantisms are not challenged by the moral imperatives of an order that does not mutilate our resources, natural and human, it will never be paused and more varieties of the blight will be upon us, as new zoonotics, new mutants.

More, much more than a virus, is upon us, much more than the worst-ever economic contraction made grimmer by a distinct prospect, now, of war with China which Pakistan may well be tempted to enlarge to its own advantage.

It is an existential crisis of millennial proportions.

But all honour to our Stockmanns who stand the strongest if also most alone.