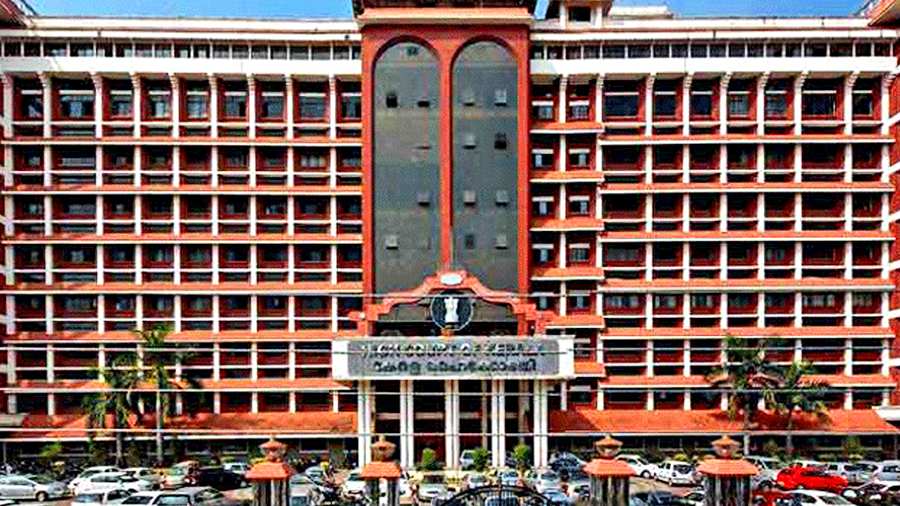 On June 23, the high court reopened the lid on the sensational murder of Sister Abhaya, the longest murder case in the state’s history.
Sourced by The Telegraph
M.G. Radhakrishnan   |   Published 27.06.22, 02:59 AM

A young nun was murdered and her body dumped in the well of a convent at midnight 30 years ago. A  priest and a nun were convicted in this sensational case after 28 years of investigation and sentenced to life by a special court two years ago. According to the Central Bureau of Investigation, which investigated the case, the two convicts killed the 21-yearold nun after she happened to see them in a compromising position inside the convent and dumped her in the well. Last week, the Kerala High Court suspended the sentence and granted bail to the two.

On June 23, the high court reopened the lid on the sensational murder of Sister Abhaya, the longest murder case in the state’s history. On March 27, 1992, Sister Abhaya (21) was found dead inside a well on the premises of the Pius X convent in Kottayam run by the Knanaya Catholic Church Archeparchy. The case, which went on with bizarre twists and turns for 28 years, appeared closed in December 2020 when a special CBI court convicted and sentenced to life Father Thomas Kottoor (75) and Sister Sefy (59), both belonging to Abhaya’s Knanaya Catholic Church, for murdering the nun.

On Thursday, the division bench comprising Justices K. Vinod Chandran and C. Jayachandran said in the judgment, “We do not dwell on the circumstance of lack of explanation or the bizarre ones of suicide given by the accused… On prima facie look at the evidence as pointed out by the defense and not effectively countered by the prosecution, we cannot but release the two accused as an interim measure, suspending their sentence till the disposal of the appeal.”

Expressing happiness over the verdict, the secretary of Knanaya Archdiocese’s Pastoral Council said it was delayed justice, adding that the accused had been wrongly framed.  At the same time, the activist, Jomon Puthenpurackal, who had campaigned for three decades to bring the accused to book as the convenor of the Abhaya Action Council, expressed shock and blamed the CBI for not filing a counter-affidavit against the bail applications.  “I will move the Supreme Court,” he said. He also lambasted the Knanaya Church — to which he belonged like Abhaya and the accused — for protecting the accused and abandoning the slain nun. The whistleblower was just 22 years when he formed the Abhaya Action Council a few days after the nun’s suspicious death. Now 52, he kept fighting the case in public, in courts, in media and so on until the 2020 verdict. He has also penned two books on the case.

The protracted case had exposed deep fault lines inside many vital institutions — the police, forensic agencies, the Church and, most of all, the CBI. It showed how powerful institutions colluded to cover up the heinous murder of a young nun from a low-income family. Multiple flip-flops from both the state police and the CBI were routine from the beginning. Both had initially dismissed the death as suicide but later admitted it to be homicide or even murder following further investigations necessitated by an outcry by the public, the media, and insistent judges. There were shocking revelations of the destruction of crucial evidence by the police, disappearance of or tampering with reports of post-mortem, forensic examinations, or even brain-mapping records. The CBI’s expert medical team, too, pointed to possible murder. Yet, three different CBI teams submitted closure reports citing lack or destruction of evidence. Each time, they were dismissed by different chief judicial magistrates who ordered reinvestigations.

Attempts to sabotage the CBI’s investigation had risen from the beginning. Varghese P. Thomas, the former CBI deputy superintendent of police who first investigated in March 1993, dropped a bombshell a few months later by resigning from service, accusing his superiors of pressurising him to close the case as a suicide. This followed the CBI replacing V. Thyagarajan, the superintendent of police who headed the investigation. V.V. Augustine, the Kerala Police assistant-sub-inspector who prepared the first inquest report on the death, committed suicide on November 28, 2008. His suicide note mentioned mental torture by the CBI. Augustine (62) ended his life after the CBI questioned him and arraigned him as the fourth accused.

In August 2009, the CBI submitted before the Kerala High Court that Cyriac Joseph, a former Supreme Court justice, had visited the Forensic Science Laboratory at Bengaluru while he was Karnataka chief justice in 2008 and viewed the narco-analysis records of the accused.  Joseph is a member of the Knanaya Church. The CBI also informed the high court that narco-analysis discs were tampered with at the FSL. In 2021, Joseph said in an interview that his visit to the FSL was on the invitation of its director and it had taken place on May 23, 2008, seven months after the laboratory had handed over the reports to the CBI. He also denied that he was shown the videos of the tests.

In November 2008, the re-investigation was handed over from the CBI’s Delhi unit to its Kochi unit on the Kerala High Court’s direction.  This team — the sixth CBI team — found evidence and arrested the three accused in a month’s time. The arrested included Father Kottoor, Sister Sefy, and Father Jose Poothrikkayil. Kottoor and Poothrikkayil were teachers at the B.C.M. College where Abhaya studied and Sefy was their assistant at the Chuch’s publication. The arrest was based on the testimony of a resident staying near the convent who stated that he had seen all the accused visiting the convent many times, including the eve of the incident. Poothrikkayil was acquitted in 2018 for lack of evidence.

During the trial, eight witnesses, including nuns who were Abhaya’s close friends, dramatically turned hostile to the prosecution, changing their earlier positions. Some of them, including the convent’s kitchen supervisor, were defended by the country’s top-notch lawyers paid by the Church according to the CBI. Among the witnesses who reneged during the trial was Sanju P. Mathew, the resident near the convent.  Interestingly, the only prosecution witness left after all others had retracted their earlier positions was a self-admitted thief, Adakka Raju. He stated before the CBI special court that he had seen Father Kottoor and Father Poothrikkayil (he was acquitted later) on the terrace of the convent on the night — at midnight — of Abhaya’s murder. According to him, he happened to see them while he was climbing the convent’s wall to explore possibilities of burglary. Raju also said that he was charged with false cases and tortured for 58 days by the state police, which tried to coerce him to admit that he had raped and killed Abhaya. When this failed, Raju said he was lured by financial offers — a job for his wife and help to meet his children’s educational expenses and build a house.

On Thursday, the high court expressed  prima facie  doubts about many of the circumstantial evidences brought up by the prosecution, including Raju’s claim that he saw the convicts at the convent on the night of the murder. The court said it was “highly improbable” and contained many discrepancies.  “As we noticed at the outset, the instant case was in the public eye for long and there was no resolution to the cause underlying the sad death of a young nun, which purportedly was achieved by the impugned conviction. But that shall not deter us from considering the evidence led by the Prosecution as to the culpability of the two accused who stood trial. We are undaunted by the fact that the accused are ordained members of a Church nor intimidated by the outrage displayed in public,” said the judges.