POLITICS AND PLAY | The scars that shall not heal 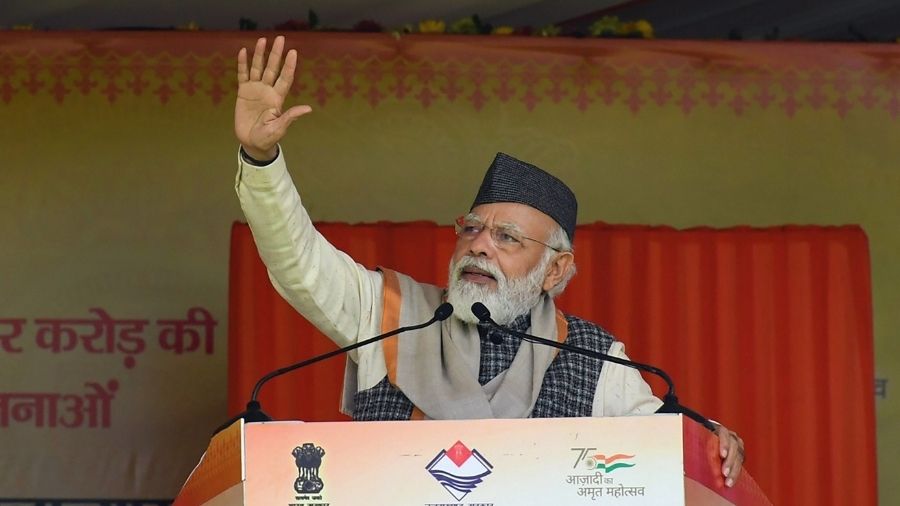 These anniversaries shall surely be celebrated by the prime minister and his government with characteristic bombast and gusto, each event being used to further promote the personality cult of Narendra Modi. Stirring speeches will be made by the prime minister, about the spiritual greatness of Sri Aurobindo, of the struggle and sacrifice of our freedom fighters, of the apparently deep and enduring roots of India’s democratic traditions, of the resolve by his government never to allow Indian troops to be underprepared when facing a foreign adversary.

There will, however, be one anniversary whose commemoration will, I suspect, be missing from the prime minister’s official calendar. This is the twentieth anniversary of the Gujarat riots of February-March 2002. The word, ‘riots’, is, in fact, a euphemism; the more accurate term for what happened is ‘pogrom’, since the violence was chiefly targeted at one community, Muslims.

To the historian, there are some striking similarities between the pogrom against Muslims in Gujarat in 2002 and the pogrom against Sikhs in Delhi that had occurred eighteen years previously. In 1984, the assassination of Prime Minister Indira Gandhi by her bodyguards provoked savage retribution against thousands of innocent Sikhs who had nothing to do with the killing. In 2002, the death of fifty-nine pilgrims in a coach of the Sabarmati Express provoked savage retribution against thousands of innocent Muslims who had nothing to do with the arson. In both cases, the state administration and the ruling party stood by, allowing the violence to spread and for the riot to turn into a targeted pogrom aimed at a religious minority. In both cases, the politician who was in charge when the pogrom occurred — Prime Minister Rajiv Gandhi and Chief Minister Narendra Modi, respectively — made substantial political capital out of the violence, by winning elections held soon afterwards, their campaigns replete with dog whistles and calumnies against the minorities.

There are some visible similarities between these two pogroms, and also some notable differences. For one thing, the Congress eventually made amends for its poisonous demonization of the Sikhs in 1984. Admittedly, it took a long time. In 1999, shortly after she had taken over as Congress president, Sonia Gandhi visited the Golden Temple in an apparent act of contrition, although she stopped short of a formal apology. However, after the United Progressive Alliance came to power in 2004, its prime minister publicly apologized for what had happened under the watch of a previous Congress prime minister. Speaking in Parliament in August 2005, Dr Manmohan Singh remarked: “I have no hesitation in apologizing to the Sikh community. I apologize not only to the Sikh community, but to the whole Indian nation because what took place in 1984 is the negation of the concept of nationhood enshrined in our Constitution.” (see https://www.thehindu.com/news/the-india-cables/Manmohan-Singhs-apology-for-anti-Sikh-riots-a-lsquoGandhian-moment-of-moral-clarity-says-2005-cable/article14692805.ece)

In fact, by the time Dr Singh issued this apology, Sikhs had largely become reconciled to the nation. In April 2005, I visited Punjab and had a long conversation with a group of Sikh schoolmasters. I was told that with Dr Manmohan Singh as prime minister, General J.J. Singh as the (first Sikh) chief of army staff, and Montek Singh Ahluwalia as the deputy-chairman of the (then very influential) Planning Commission, Sikhs were now finally assured that they would be treated as equal citizens of the land. To be sure, the Congress had not planned this juxtaposition, but that it occurred was of enormous symbolic significance, placing three Sikhs in positions of political, military, and economic authority.

Twenty years after the pogrom against the Sikhs, the hurt sentiments of this minority community had been substantially (though not wholly) assuaged. On the other hand, the Muslims of Gujarat remain as fearful and insecure as they were in 2002 — indeed, probably even more so. There has not been the remotest sign of any contrition, any apology, from Narendra Modi or from any other BJP leader either. Modi and his party have drawn a lesson contrary to that of Dr Singh and the Congress — namely, that having once, through overt violence, subdued and intimidated the Muslim minority, they must now double down on the majoritarian project and use their control of the State machinery to firmly impose the will of Hindus on Indians of other faiths and on Muslims in particular.

It is hard, if not impossible, to imagine an India ruled by the Bharatiya Janata Party with a Muslim prime minister, or a Muslim chief of army staff, even if they be the best qualified candidates for these posts. Yet, the discrimination goes much further and deeper. The BJP does not have a single Muslim among its three-hundred-odd MPs in the Lok Sabha. Moreover, in its election campaigns, the party seeks to totally exclude Muslims from its potential voters, playing variations on its ‘Hindu khatre mein hain’ theme in every national and state election (as witness Uttar Pradesh most recently). In everyday life on the ground, groups associated with the ruling dispensation roam the streets, looking for Muslims they can taunt, threaten, humiliate, and take away their livelihood from. Conventions are held in BJP-ruled states where speakers close to ruling party politicians issue calls for the mass killing of Muslims.

At the time, Prime Minister Atal Bihari Vajpayee thought that the violence in Gujarat in 2002 was a consequence of the chief minister not observing his ‘raj dharma’. However, as Narendra Modi’s subsequent career shows, his own understanding of what a politician in power must do is very different from that of previous prime ministers. The BJP under Modi and Amit Shah presents itself as a party for, by, and of the Hindus alone. In this respect, Gujarat 2002 was a test run for what is now being attempted at the national level.

In his mea culpa for the 1984 riots, Manmohan Singh said they were “the negation of the concept of nationhood enshrined in our Constitution.” What took place under Narendra Modi’s watch in Gujarat in 2002 was, likewise, a negation of what the Constitution mandates. Yet Modi does not think he needs to apologize for what happened, partly because of vanity, but largely because his ideal of nationhood appears antithetical to that enshrined in the Constitution.

The seventeenth-century French writer, Francois de La Rochefoucauld, famously described hypocrisy as “the homage that vice pays to virtue”. Indians shall find that maxim plentifully illustrated in the year, 2022. Though the Rashtriya Swayamsevak Sangh contributed nothing at all to the freedom struggle, we will find the prime minister invoking that struggle on many occasions during the year. Though his Hindutva majoritarianism is at odds with the inclusive faith of Gandhi, we will hear him praising Gandhi too. Although Parliament matters less and less (while New Delhi is polluted more and more), we will see the prime minister inaugurating a grand new building purporting to represent the ‘spirit of democracy’ and a ‘New India’. Finally, Modi will claim kinship with
Sri Aurobindo although, in moral and intellectual terms, a yawning chasm separates our publicity-hungry prime minister from that brilliant and reclusive mystic.

In celebrating these various anniversaries in 2022, Narendra Modi will seek reflected glory, while twisting history to promote himself. At the same time, it is overwhelmingly unlikely that he will comment in public on what, from the personal and the political point of view, is in fact the most important anniversary for him this year — marking the twentieth anniversary of the Gujarat pogrom that occurred under his watch and whose long shadow hangs over the Republic yet.

Postscript: Those interested in knowing more about what actually happened in Gujarat in 2002 should consult these important works of documentation and analysis: Revati Laul, The Anatomy of Hate; Ashish Khetan, Undercover: My Journey Into the Darkness of Hindutva; R.B. Sreekumar, Gujarat: Behind the Curtain; S. Varadarajan, editor, Gujarat: The Making of a Tragedy.