Nasa has built a telescope for the world 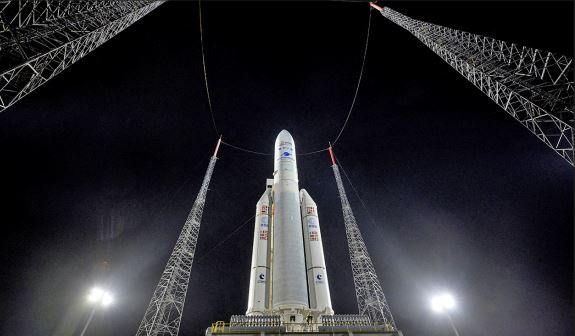 The James Webb Space Telescope is a triumph. It is the most powerful space telescope ever built, capable of looking back almost to the beginning of time, and it will alter — if not revolutionise — humanity’s understanding of the most fundamental questions about existence: how did the universe become the way it is? Is ours the only world with life? Also, asking for a friend, is there anywhere nearby we might be able to escape to?

Really, this should be enough. But Tuesday afternoon, I watched a media briefing in which the telescope team nerded out over the machine’s blockbuster early images and data. The members’ enthusiasm was infectious.

The Webb telescope was decades in the making, a project plagued with numerous delays and cost overruns. But since it was launched on Christmas Day, it has surpassed nearly every expectation Nasa had of it.

These first images are so much more than a win for science. The Webb’s success feels like a testament to the cheesy best of us — perseverance, ingenuity, rigour, openness, global cooperation, institutions, a commitment to excellence, exploration and dreamy ambition. In an otherwise dreary time, the telescope is one of those milestones that should bolster your estimation of what our species is capable of.

It is low-key a triumph of the human spirit.

“A lot of people sometimes see pictures of space, and it makes them feel small,” said Eric Smith, a lead scientist on the Webb project. “When I see these pictures, they make me feel powerful.” They provoke, he said, “pride in humanity — that when we want to, we can do that”. Jane Rigby, the project’s scientist for operations, said that when she realised the telescope was outperforming specifications earlier this year, “I went and had an ugly cry.” Its performance, she said, is an example of “people in a broken world managing to do something right to see some of the majesty that’s out there.”

Forgive me if I sound a bit credulous; I am aware that Nasa has long been an expert marketer of itself, and this week’s roll-out of the Webb’s first pictures bore the public-relations hallmarks of an Apple launch.

But the telescope’s proof is in its pictures. It has already produced images of the universe as spectacular as any we have ever seen — up there with the Hubble telescope’s unforgettable snapshot of the Eagle Nebula, known as the ‘Pillars of Creation’, or the close-ups of our planetary neighbours captured by the Voyager missions.

Look at its picture of the galaxy cluster known as SMACS 0723. In a patch of seemingly dark sky the size of “a grain of sand held at arm’s length”, as Nasa’s news release put it, Webb reveals the heavens absolutely overflowing with galaxies, some as they appeared when the universe was less than one billion years old. The picture is so incredibly detailed that it is possible to see galaxies arc and bend — an effect caused by the gravitational field of galaxies warping light, which Albert Einstein first identified.

In another image, a picture of the Carina Nebula, roughly 8,000 lightyears away, Webb can see through cosmic dust to show individual stars as they’re being born — a basic process of the universe that scientists know very little about.

All that, and Webb’s operators have yet to push the telescope to anywhere near its limits. “We’re making discoveries and we really haven’t even started trying yet,” Smith said.

One reason astronomers are so excited about Webb is that it was designed to look at the sky in a novel way. Many telescopes look out at the universe primarily in the same limited way that our eyes do — they capture only the visible spectrum of light.

But because the universe is expanding, the objects most distant from earth are moving away from us at the highest velocities — which causes light from those objects to be ‘red shifted’ beyond the visible spectrum into the infrared spectrum. The Hubble Space Telescope, launched in 1990, is also capable of collecting infrared light, but it is tremendously slow at doing so. Hubble’s images of the most distant objects in the universe required the telescope to spend weeks looking at the same spot of sky. Because the new telescope’s main imagers are designed for infrared light, it can capture in hours what Hubble could in weeks.

The Webb telescope was designed to carry enough fuel to last for a 10- year mission, but Nasa reported this week that the perfection of its launch and deployment has left enough propellant to double its operational time. It has outperformed nearly every other design specification as well — its optics have turned out to be sharper, its guidance system more precise, its mirrors cleaner, its instruments more sensitive. All of this will allow it to look at space ‘deeper, faster’ than it was designed for.

What could the Webb discover in the coming decades? Among other questions, it will shed light on when, how and why stars, galaxies, heavy elements, planetary systems and other stuff we really need began to form in the universe.

It is also expected to rock our understanding of exoplanets, which are planets outside our own solar system. By analysing light passing through these distant worlds, scientists will be able to study things like the chemical composition of exoplanets’ atmospheres, weather and seasonal patterns, and perhaps even find the building blocks of life elsewhere. One of its first results is an examination of a planet 1,150 light-years away called WASP-96 b. It found evidence for water, clouds and haze on the planet.

Who will make these discoveries? That’s the other amazing thing about Webb: it is an innovation that belongs to all of us. The telescope is the product of a global effort — Nasa worked with the Canadian and the European space agencies to build it. Researchers from around the world will be able to apply to use the telescope for their research, and all the data it collects will be put in the public domain.

“This is a telescope for the world,” said Amber Straughn, Webb’s deputy project scientist for communications.

I’m not sure we deserve it. But I can’t wait to see what we discover with it.