If cows can be medicated into vegetarianism, the BJP-led government could inoculate obstinate citizens with the drug too 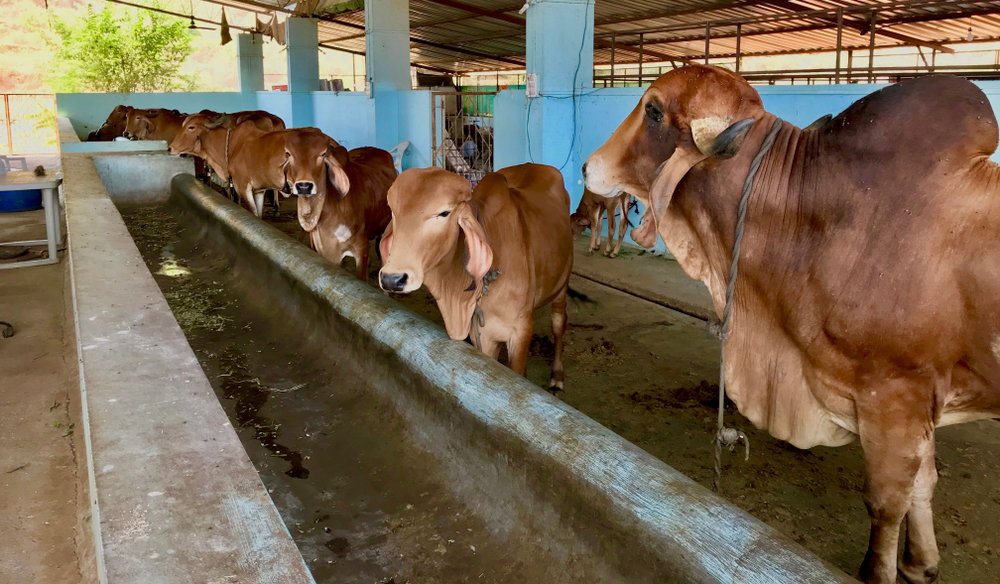 The cow is doubtless the gau mata, but is also, or first and foremost, a creature that must survive in its given environment
(Shutterstock)
The Editorial Board   |   Published 25.10.19, 07:24 PM

Nightmares do not happen to pure souls. They cannot. Yet the pure-hearted hordes that are willing to kill human beings should they utter one word of disrespect about entities that the hordes vociferously respect — the prime minister, for example, who now seems synonymous with nation, or the gau mata — could actually be facing a mildly nightmarish situation. Mild, because only 76 stray cows, not more, in Goa’s Calangute and Candolim beaches have become non-vegetarian, gorging on chicken and fried fish that restaurants throw out as garbage. They have even got to the extent of refusing grass, gram and cow-feed when offered these in the cow shelter they have been taken to. Michael Lobo, the minister, who, among other things, looks after waste, seemed in shock when he described this phenomenon. If the embodiment of all virtues, the cow, which not only nourishes Indians with milk but also provides urine and faeces for magic cures and cleansers of the sins of impurity (crossing the kalapani was a sin once, but no longer since the prime minister crosses it as regularly as yoga breathing) turns non-vegetarian, who will Mr Lobo turn to? Will the Bharatiya Janata Party high command blame him? He manages garbage after all.

Fervent devotion is blinding, hence certain obvious facts tend to evade notice. The cow is doubtless the gau mata, but is also, or first and foremost, a creature that must survive in its given environment. It has the same capacities as those creatures which have changed habits of food, places of rest and even forms of movement in order to keep pace with changing environments: cockroaches, monkeys and human beings are some of the best-known examples of this, but there are thousands more. The 76 Goan cows found non-vegetarian scraps easier to find than grass, just as, some years ago, some calves housed with chickens in West Bengal took to eating the chickens. Unusual, but it happens. There is nothing ‘unnatural’ in nature — Mr Lobo merely needs to look beyond his cows and his party.

Faced with the straying gau mata, in more senses than one, what does a faithful BJP minister do? A vet, it seems, is going to medicate the cows back to a vegetarian diet. It will just take four to five days. Amazing that such a drug is available. So why does the BJP-led government not inoculate obstinate citizens bent on guzzling flesh and fish with this drug? The whole country will turn pure in a minute. Individual choice or rights do not bother the Centre surely? Other things need to be done too, to save the gau mata’s vegetarianism. Goa’s beaches should be cleared either of restaurants or of non-vegetarian tourists immediately. Similar heretical spots in the rest of the country should be inspected and cleaned up as part of the Swachh Bharat project. The corrupting of purity should not be brooked at any cost.