Gathering to remember the dead 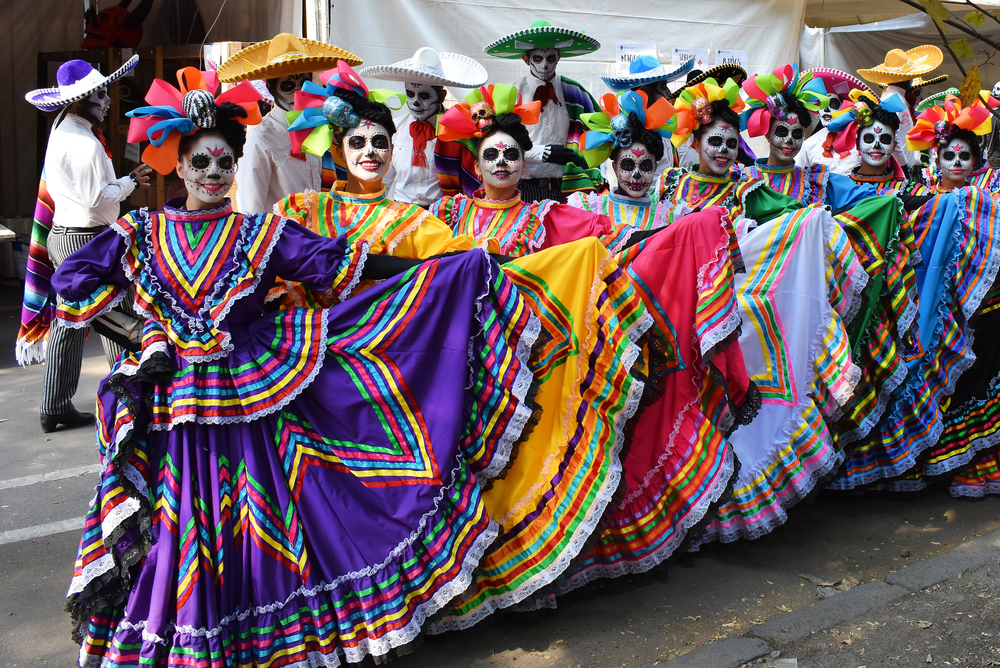 The annual Day of the Dead festival in Los Angeles entered its 20th year as the Hollywood Forever cemetery transformed itself into a musical and artistic extravaganza. Day of the Dead, or Día de Los Muertos, is a Mexican holiday typically celebrated after Halloween. It is a day when people go to visit the graves of their loved ones as part of a public gathering. Families visit the burial sites and build altars (or ofrendas) and often decorate them with sugar skulls and marigolds as well as the deceased’s favourite food, drinks and possessions. Then there are dance rituals, musical performances and plenty of calaca (skeleton) costumes complete with detailed makeup.

Hollywood Forever cemetery claims to host the largest Day of the Dead celebration in the United States of America. Thousands of LA residents flooded the cemetery grounds to attend this evening full of song, dance, exhibitions, arts and crafts and food vendors. The theme this year was to honour migrations and the monarch butterfly as well as its winter home, the Mexican state of Michoacán. Each year the organizers choose a theme with a message that resonates with the community. Many of the altars this year depicted the border wall and included stories of immigration.

According to the organizers, the monarch butterfly is a symbol of dreamers and immigrants whose personal journeys echo the annual migrations the butterflies make between Mexico and the US. The purpose behind the celebration is to honour deeply-rooted traditions and to provide a platform for LA residents to understand the significance of this important event. 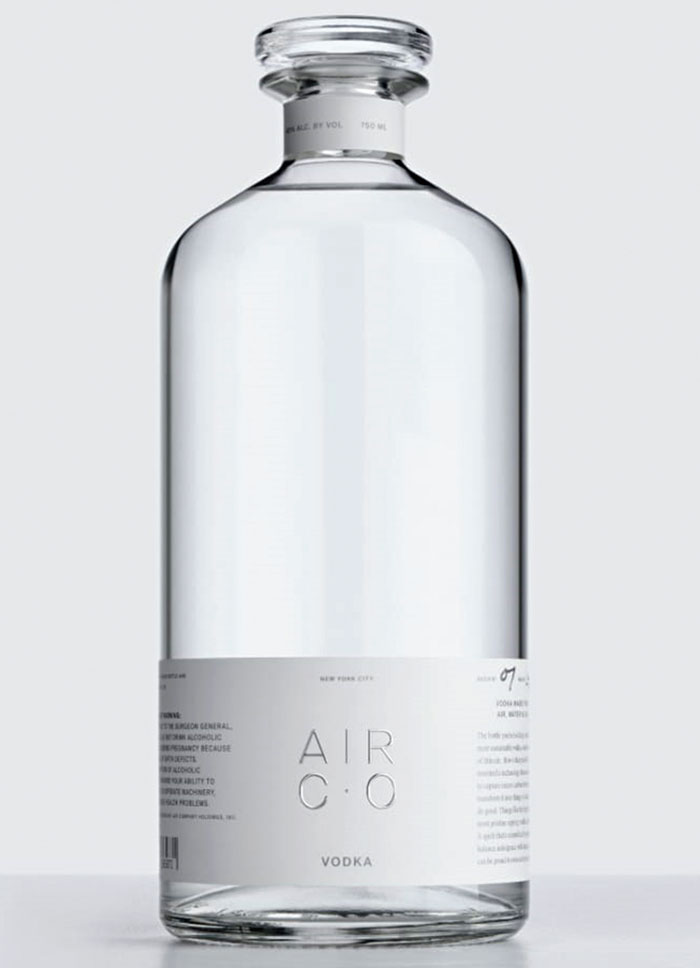 Typically, making a bottle of vodka might produce around 13 pounds of greenhouse gases. But the product brought out by Air Co. is actually carbon negative, removing a pound of CO2 for every bottle it produces
Source: AirCompany Instagram page

Vodka is being made from air. A start-up called Air Co. has revealed a new brand of vodka the alcohol of which comes from carbon dioxide instead of the traditional yeast. The company’s technology uses CO2, captured from local manufacturing sites, as well as water and electricity to create its alcohol. The only byproduct is oxygen.

Typically, making a bottle of vodka might produce around 13 pounds of greenhouse gases. But the product brought out by Air Co. is actually carbon negative, removing a pound of CO2 for every bottle it produces. The company owns a distillery in Brooklyn, New York City, and uses electricity to split water into hydrogen and oxygen. The process is related to technology that other companies are using to turn CO2 into fuel. For example, many are using CO2 in the food world as well, although Air Co. may be the first to launch its vodka product in the market. Solar Foods, a Finnish start-up, is developing a protein powder made from CO2. Kiverdi, a Bay Area-based start-up, is working on making a sustainable replacement for palm oil from CO2 along with CO2-based protein.

Air Co. is launching first in classic NYC high-end restaurants, a few liquor stores and the online platform, Drizly. After testing in the area, they plan to open more distilleries in other parts of the country. The team hopes that selling a consumer product will allow it to scale up its pilot system for making alcohol. The potential worldwide market for waste-CO2 products could be $5.9 trillion a year, according to Carbon180.

A new public park is to be unveiled in NYC. But it is not a regular old park. This is a floating park called Little Island on the Hudson river just off the Chelsea shoreline. The $250-million oasis is a 2.4-acre island and is set to open in the spring of 2021. The landscape will include hills, walking paths and lawns for activities, and over 100 species of trees and shrubs. It will also host several art, community and educational programmes in its 700-seater amphitheater. A lease agreement with the Hudson River Park Trust will ensure that 51 per cent of the tickets for the performances will either be free or under $30.

The park was designed by Thomas Heatherwick and uses 132 tulip-shaped concrete columns that rise above the water to create the look of an undulating landscape. The development of this project is funded by the Diller-von Furstenberg Family Foundation. It was first unveiled in 2016, but faced a series of legal roadblocks filed by the City Club of New York, citing environmental concerns. But eventually the construction was on its way, after the governor, Andrew Cuomo, intervened.

Can Christmas decorations really be put up too early? Apparently they can, in Texas. Claudia and Nick Simonis, a couple in San Antonio, put out a few Christmas decorations on November 1. Three days later, they received a letter from their homeowners association, Diamond Association Management & Consulting, demanding they take down the decorations until closer to the holiday. The couple are unsure about who notified the association, but Claudia said the neighbourhood has been supportive.

Claudia immediately posted on their neighbourhood’s Facebook page: “Who’s the Grinch that reported us?” Nick told reporters that his family decided to bring out the decorations early because Claudia is eight months pregnant with the couple’s third child, and it would be one less thing to worry about if the baby came sooner than expected. The due date is December 25. In addition to the snowman, Nick and his seven-year-old son placed an inflatable helicopter — piloted by a reindeer, and with an inflatable Santa Claus hanging off the back — a small tree and a few festive Disney characters in the yard. 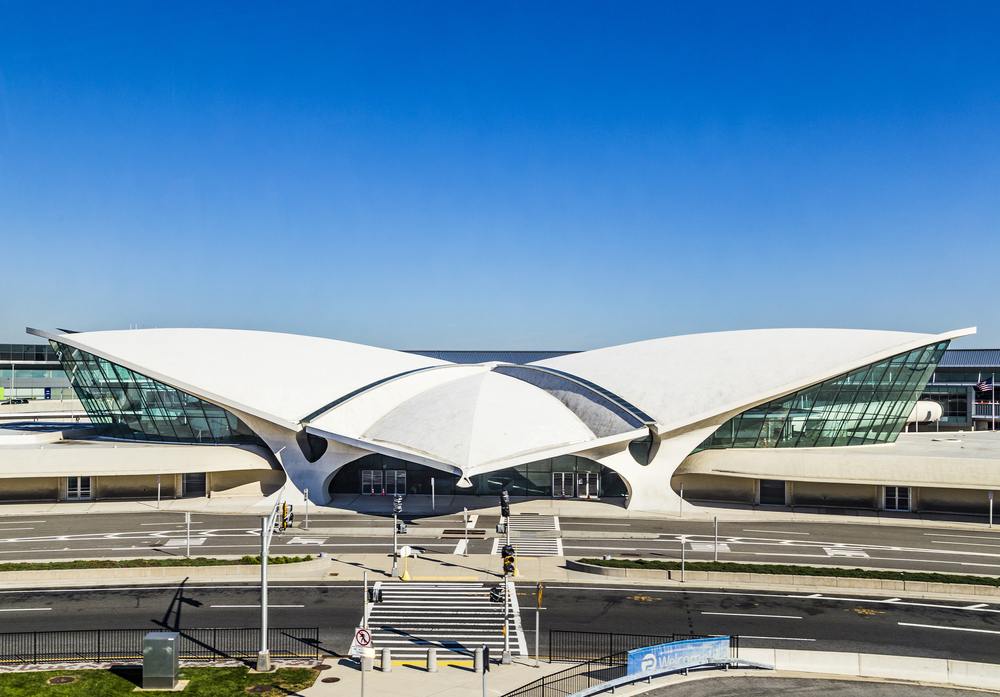 While airports around the world are adding luxury shopping and high-end restaurants, New York’s John F. Kennedy International Airport has other plans. The TWA hotel at the busy airport is opening up its own ice skating rink. The 56-feet-by-44-feet Runway Rink will operate seven days a week till the end of February. General admission to the rink costs $15, and ice skates are available to rent for $10. The hotel also features a vintage plane-turned cocktail bar.