Gandhi and the RSS

The facts behind a relationship of deeply imperfect sympathies 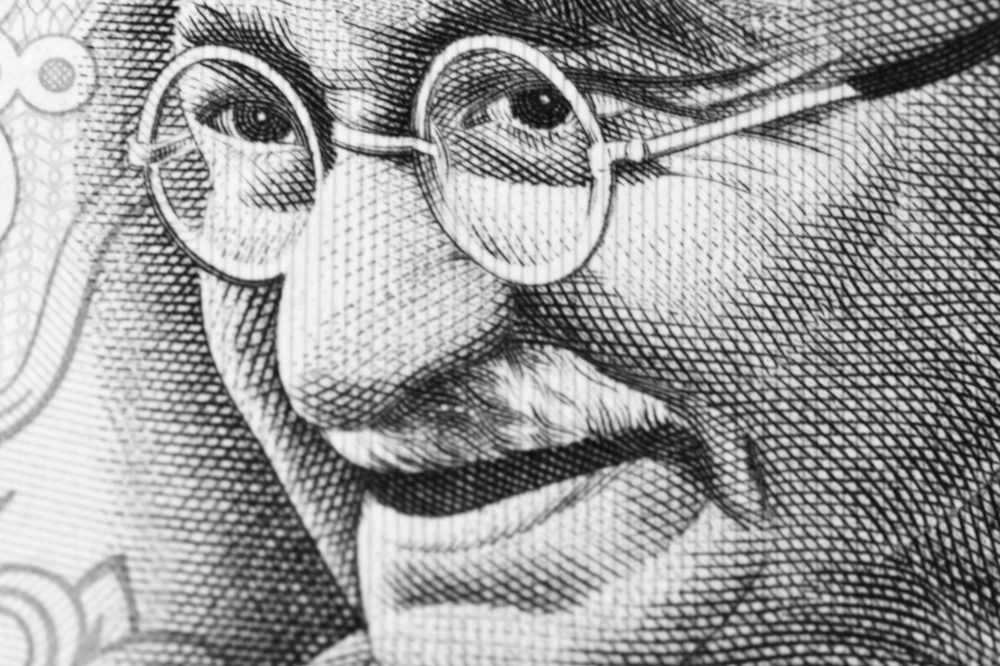 Mahatma Gandhi, in a remarkable speech to the All India Congress committee in November 1947, asked party members to "be true to the basic character of the Congress and make Hindus and Muslims one, for which ideal the Congress has worked for more than sixty years".
(Shutterstock)
Ramachandra Guha   |   Published 27.09.19, 07:55 PM

This column appears days before the 150th birth anniversary of Mahatma Gandhi. That anniversary shall be observed at a time when a former pracharak of the Rashtriya Swayamsevak Sangh is the country’s prime minister, and when the RSS exercises a hegemonic hold over our political and social life. On October 2, nice things will be said about Gandhi by the prime minister, and by other people affiliated with the RSS as well. It is therefore important to alert readers to the historical record, to set out the facts about the concrete relations between the RSS and Gandhi while the Mahatma was alive.

The first reference to the RSS in the Collected Works of Mahatma Gandhi occurs in Volume 87 of that series. The year was 1947; the month, April. At a prayer meeting in Delhi devoted to the importance of Hindu-Muslim unity, Gandhi noted that he had received a letter from the RSS denying that they had any hand in the recent protests against Gandhi’s practice of juxtaposing verses from the Quran with verses from the Gita in his meetings. Gandhi said he was glad to hear of this denial, adding: “No organization could protect life or religion if it did not work absolutely in the open.”

In September 1947 Gandhi met with a group of RSS workers in New Delhi. He told them that “in order to be truly useful, self-sacrifice had to be combined with purity of motive and true knowledge”. He had heard that the Sangh was not particularly well disposed towards Muslims. He himself believed that Hinduism was not an exclusive religion, and that Hindus “could have no quarrel with Islam”. The strength of the RSS, thought Gandhi, “could be used in the interests of India or against it”.

While Gandhi was ambivalent about the RSS, the Sangh, for its part, deeply distrusted him. In early September 1947, the Mahatma had gone on fast in Calcutta, seeking to stop the violence between Hindus and Muslims. His attempts at peace-making were mocked in an article in the RSS’s magazine, Organiser. “Nero fiddled when Rome burnt,” the Organiser remarked: “History is repeating itself before our very eyes. From Calcutta Mahatma Gandhi is praising Islam and crying Allah-o-Akbar and enjoining Hindus to do the same, while in the Punjab and elsewhere most heinous and shameless barbarities and brutalities are being perpetrated in the name of Islam and under the cry of Allah-o-Akbar.”

In truth, Gandhi’s fast in Calcutta shamed both Hindus and Muslims. A 77-year-old man had, through the moral force of a faith founded on trust and non-violence, brought about peace between these warring communities. Gandhi now moved to Delhi, hoping to reassure the Muslims who lived there that they need not flee in panic to Pakistan. He reached Delhi on September 9. Here he met the sarsanghachalak, or head, of the RSS. This was M.S. Golwalkar, an intense, bearded man who had admired the Nazis, praising their obsession with racial purity as “a good lesson for us in Hindustan to learn and profit by”.

A record of this meeting between Gandhi and Golwalkar is in the Collected Works of Mahatma Gandhi. On September 12, Gandhi spoke at an inter-faith prayer meeting. The printed record of his address ends with this paragraph: “In conclusion, Gandhiji referred to his and Dr. Dinshaw Mehta’s talk with the Guru of the Rashtriya Swayamsevak Sangh. He [Gandhiji] had been told that the hands of this organization too were steeped in blood. The Guruji assured him that this was untrue. Their organization was enemy to no man. It did not stand for the killing of Muslims. All it wanted was to protect Hindustan to the best of its ability. It stood for peace and he had asked Gandhiji to make his views public.”

What Golwalkar told Gandhi was untrue. The RSS and its leader detested Muslims. While working on my biography of Gandhi, I scoured the records of the Delhi Police for those crucial months, September 1947 to January 1948, when Gandhi was in New Delhi. I found several accounts of RSS meetings, where the Mahatma and Muslims were both venomously abused. A police report of a meeting in the last week of October observed:

“According to the Sangh volunteers, the Muslims would quit India only when another movement for their total extermination similar to the one which was started in Delhi sometime back would take place… They were waiting for the departure of Mahatma Gandhi from Delhi as they believed that so long as the Mahatma was in Delhi, they would not be able to precipitate their designs into action.”

Gandhi would not have read these police reports at the time; but he seems to have known, from his own sources, that the Sangh and their leader were lying. On November 15, he made a remarkable speech to the All India Congress committee, where he asked its members to “be true to the basic character of the Congress and make Hindus and Muslims one, for which ideal the Congress has worked for more than sixty years”. He urged his party colleagues to do all they could to make Muslims feel safe in India. “Violent rowdyism,” he remarked, “will not save either Hinduism or Sikhism.” Then he added: “I hear many things about the Rashtriya Swayamsevak Sangh. I have heard it said that the Sangh is at the root of all this mischief. Let us not forget that public opinion is a far more potent force than a thousand swords. Hinduism cannot be saved by orgies of murder. You are now a free people. You have to preserve this freedom. You can do so if you are humane and brave and ever-vigilant, or else a day will come when you will rue the folly which made this lovely prize slip from your hands. I hope such a day will never come.”

The next day, at his regular prayer meeting, Gandhi said that while religious polarization was being furthered by the Muslim League, “there is also the Hindu Mahasabha assisted by members of the Rashtriya Swayamsevak Sangh who wish that all the Muslims should be driven away from the Indian Union”.

Gandhi now no longer had any illusions about the RSS. The Sangh, for its part, had hardened its hatred of the Mahatma, for all that he had been doing these past months to ensure that, whatever Pakistan did to its Hindu and Sikh minorities, all Muslims who chose to stay on in independent India would be accorded the rights of equal citizenship. In the first week of December 1947, M.S. Golwalkar addressed an RSS meeting in Delhi. Here Golwalkar remarked, “referring to Muslims”, that “no power on Earth could keep them in Hindustan. They shall have to quit this country. Mahatma Gandhi wanted to keep the Muslims in India so that the Congress may profit by their votes at the time of election. But, by that time, not a single Muslim will be left in India… Mahatma Gandhi could not mislead them any longer. We have the means whereby such men can be immediately silenced, but it is our tradition not to be inimical to Hindus. If we are compelled, we will have to resort to that course too”.

In January, Gandhi went on a fast in Delhi, which, as in Calcutta, succeeded in bringing about peace between Hindus and Muslims in the city. He now planned to go to Pakistan, to secure the safety of the Hindus and Sikhs there. However, on January 30 he was silenced, once and forever, by a former member of the RSS named Nathuram Godse. The Sangh was banned immediately; many of its leaders, including Golwalkar, were sent to jail.

The Bible of the RSS is a book called Bunch of Thoughts, a compilation of talks and speeches delivered by M.S. Golwalkar. It was published in 1966. This text is to the Sangh what the Communist Manifesto is to the communists; a distillation of their tenets and prejudices. Golwalkar had once told Gandhi that the Sangh was “enemy to no man”. That, characteristically, was a lie. His book Bunch of Thoughts had explicitly identified three internal enemies of the nation, that allegedly posed a great menace to national security. These were identified by the RSS chief as Muslims, Christians and communists respectively. Twenty years after Partition, Golwalkar remained extremely paranoid about Indian Muslims, speaking (without evidence) of there being countless “Miniature Pakistans” all over India.

The 17th-century French writer, La Rochefoucauld, famously defined hypocrisy as “the tribute that vice pays to virtue”. On October 2, Indians will find this maxim vividly and variously illustrated, as RSS pracharaks from the prime minister downwards line up to pay tribute to a man the RSS vilified in his lifetime, and for whom — in spite of all their posturings in public — they still have deep reservations, since he lived (and died) in the belief that India was not a Hindu country but belonged equally to people of all faiths.