India-China row: In truth, much of the disputed land was virtually no man’s land for much of history 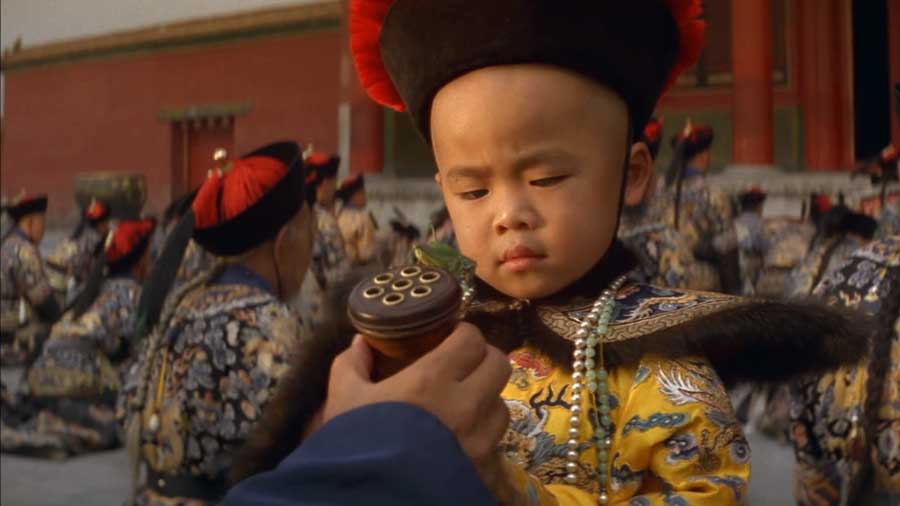 A scene from The Last Emperor. The Simla Conference was called while China was in deep chaos in the wake of the fall of the Qing dynasty, a tumultuous time well portrayed in the movie
Source: The movie
Pradip Phanjoubam   |     |   Published 30.07.20, 12:49 AM

The recurring boundary friction between India and China, including the current one in the Ladakh sector, cannot fail to evoke images from the ancient Vedic ritual of Ashwamedha Yagna, whereby a territorially ambitious ruler lets loose a ritual horse and allows it to wander freely, followed by his troops. Wherever the horse reaches unopposed is then deemed his kingdom’s domain and wherever the advance of the horse is opposed and successfully prevented becomes the boundary of his kingdom. Obviously, the accepted reality of the era was that the extent of kingdoms waxes and wanes, depending on the influence of their rulers.

It would not be far-fetched to interpret present-day boundary disputes amongst Asiatic nations as a consequence of attempts to give new — rigid — boundary profiles modelled on the European nation state to what were once fluid frontiers. The complication in the present context can be attributed to the fact that most pre-colonial neighbouring principalities in the region are now part of either India or China and, consequently, their pre-modern boundary disputes are now being perceived as those between Beijing and New Delhi. Perhaps a deconstruction exercise by both parties can help break the deadlock and initiate new problem-solving dialogues.

Many scholars who have researched the India-China boundary have made similar contentions. For instance, at the start of the Simla Conference 1913-1914, the Chinese plenipotentiary, Ivan Chen, had little idea where the boundary between India and Tibet should be. The Tibetan plenipotentiary, Longchen Shatra, on the other hand, had volumes on Tibetan myths and legends to support claims of a boundary that went far into what is now considered Indian territory. The Indian plenipotentiary, Henry McMahon, assisted by the Tibetologist, Charles Bell, were also familiar with similar myths and legends from the Indian side.

The lack of knowledge of this border among the Chinese remained for decades, but as Neville Maxwell indicates in his influential but controversial book, India’s China War, things changed after the Chinese entered the Potala Palace in 1959 and accessed Tibetan official files after the unsuccessful Khampa uprising, which forced the 14th Dalai Lama to flee to India. This would mean, in essence, that the current official position of the Chinese on this border actually reflects the Tibetan outlook. Although much has changed in the decades since decolonization, and changing geopolitical factors would certainly complicate the friction between India and China, at its root, the problem is a hangover of territorial relations between smaller, pre-modern Asiatic principalities. Acknowledging this cannot be the entire solution, but it should help in recasting the problem.

For this to happen, however, the two sides must reconsider the boundary issue from a fresh vantage point free of the burdens of past baggage. They could also put a premium on each other’s genuine needs as well as the preferences and welfare of transborder communities. In truth, much of the disputed land was virtually no man’s land for much of history. Again, in the western sector, there are no treaty-based, delineated and demarcated boundaries other than three different alignments unilaterally conceived by the British, each addressing what they felt were their security needs then. It is also known now that the British cartographic assertions on this front were prompted by the Great Game, a Cold War of the time between Britain and Russia for control of Central Asia. Of the three alignments the British left behind, the Johnson-Ardagh Line, which included the barren, cold desert of Aksai Chin, was driven by a need they felt at the time to keep the Russians out of Tibet. As several scholars, including A. Lamb, A.G. Noorani and Parshotam Mehra, have also pointed out in their works, at one stage, when physical possession of Aksai Chin was seen as wasteful and impractical, the British encouraged China to claim possession of it but the latter did not respond. It is ironic that now the ownership of this forsaken place has become hotly contested.

In the Northeast sector, there is a treaty-bound delineated boundary, although not demarcated, called the McMahon Line, drawn at the end of the Simla Conference. But this boundary, too, is disputed because it was agreed and signed only between Tibet and British India but not by China. Here, too, it must be noted that much of where the McMahon Line actually runs was sparsely-populated, uncharted, wild country, which the British left out of its administration by drawing an ‘Inner Line’ as per the Bengal Eastern Frontier Regulation, 1873. In later years, when the ‘Inner Line’ came to be persistently mistaken to be the international boundary, including by the British media, the British administration was pressurized to finalize a boundary with Tibet. This became even more urgent after the forward policy of China’s Qing (Manchu) rulers in the first decade of the 20th century before crumbling in the face of the Republican Revolution. That the Simla Conference was called while China was in deep chaos in the wake of the fall of the Qing dynasty, a tumultuous time well portrayed in The Last Emperor, also demonstrates this urgency.

The author is editor, FPSJ Review of Arts and Politics

India China Clash: how india should align with democracies across the world

The knotty history of the McMahon Line