The ICJ’s ruling is a symbolic victory for the Rohingya 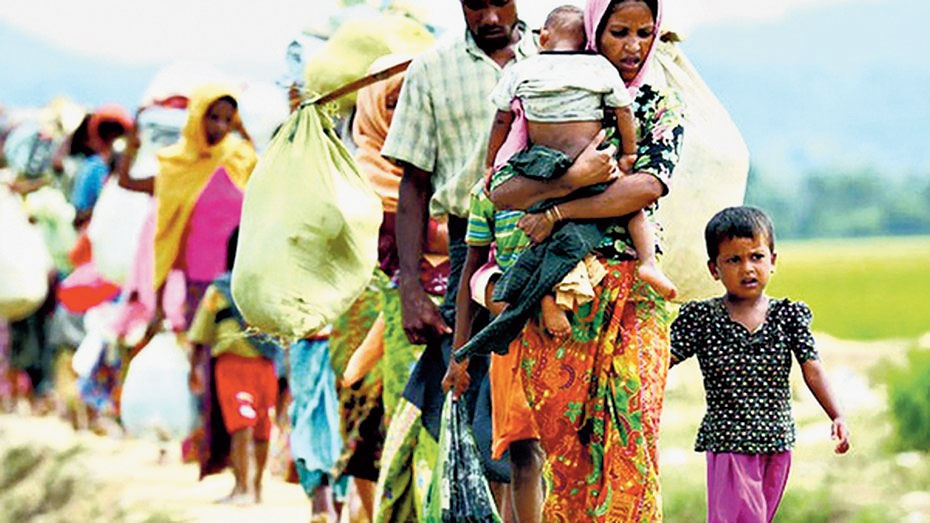 In what can be described as a symbolic and momentary victory for Rohingyas, arguably the largest stateless community that saw one of the largest human displacements of the 21st century, a panel of 17 judges at the International Court of Justice has voted unanimously to order Myanmar “all measures within its power” to prevent genocide.

The ICJ, in the case lodged by The Gambia, with the support of Organization of Islamic Cooperation, Canada and Netherlands, called for provisional measures which include the prevention of killing, and “causing serious bodily or mental harm” to members of the group, as well as preserving evidence of possible genocide that has already occurred. The court has asked the government of Myanmar to “submit a report to the Court on all measures taken to give effect to this Order within four months, as from the date of this Order, and thereafter every six months, until a final decision on the case is rendered by the Court”.

Following the disproportionate response of the Myanmar army after the Arakan Rohingya Salvation Army attacks on security posts on August 24, 2017, as per some surveys conducted by Médecins Sans Frontières in Bangladeshi refugee camps, at least 9,000 Rohingya were estimated to have died in Rakhine state, between August 25 and September 24, 2017. Over 7,25,000 Rohingya members had to flee the Rakhine state of Myanmar for neighbouring Bangladesh. Burdened by previous experiences of forced expulsion, particularly in 1978 and in 1991-92, a feeling of despondency lurked among the Rohingya community about the various international initiatives being taken in the context of accountability, justice and repatriation efforts being pursued after the 2017 crisis.

In that context and in terms of the ongoing case, the present ruling is significant for the Rohingya community as it concedes the danger to their lives. This time, the international community seems to have learnt from past mistakes and best practices have become refined, although there may be duplication of some multilateral mandates on the issue. The previous repatriation of Rohingyas, carried out in the last century, was questionable and forced. With his own background of serving as the United Nations High Commissioner for Refugees for 10 years, immediately after the 2017 exodus, the present UN secretary-general, António Guterres, made it categorical that any future repatriation of Rohingyas will be voluntary, safe and dignified. The Fact Finding Mission was established in March 2017, which was followed by the International Investigative Mechanism in September 27, 2018 by the Geneva-based UN human rights council. The IIM is presently gathering prosecutorial evidence, making use of the information handed over to it by the FFM. At the UN, Myanmar has mentioned there were at least seven mechanisms at the UN “with a focus on Myanmar with a total spending of more than $35 million from the precarious regular budget resources (of the UN)”. It has stated that it will not engage with the IIM because “the country does not accept double standards and selective and discriminatory application of human rights”. However, Myanmar has no option except to implement the ICJ order as it is legally binding, although the enforceability of the final order will have to be ensured by the Security Council.

In the backdrop of the prosecutorial evidence being collected, the present ruling has already pointed to the direction in which the case is headed, although it will take many years. However, even if the government of Myanmar commits to implement the provisional measures, the immediate challenge will be the execution of the provisional measures spelled out in the order. As per an estimate, the remaining Rohingyas in Rakhine are around half a million living mostly in central Rakhine and this includes 1,20,000 persons who were internally displaced during the 2012 communal violence. The approximate number of Rohingyas living in Bangladesh, Saudi Arabia, Pakistan, India, the United Arab Emirates and Malaysia are as follows: 9,47,000, 5,00,000, 3,50,000, 40,000, 50,000 and 1,50,000. Those living outside Myanmar are scared to return.

The broader protection of remaining Rohingyas in Rakhine is linked to the question of the political, humanitarian, human rights and developments rights of the community. In a country where the discrimination against Rohingyas is institutionalized for decades it will be difficult to execute the court’s order in letter and spirit. Rohingyas are not part of the 135 national races as enshrined in the country’s 2008 Constitution. They can try to become citizens by channelling their application through the national verification card process, although they have to identify themselves as “Bengalis” and not Rohingyas. The Rohingyas have refused to do so. And as the countdown to the 2020 November election starts, the ruling National League for Democracy and its leader, Aung San Suu Kyi, will be careful not to be seen to make any substantial concession to the Rohingyas as they are viewed by the Burmans, the majority community, as intruders from Bangladesh.

In terms of accountability and justice efforts for the crimes that had already been committed in Rakhine, the court has asked Myanmar to “take effective measures to prevent the destruction and ensure the preservation of evidence related to allegations of acts within the scope of Article II of the Convention on the Prevention and Punishment of the Crime of Genocide”. In this connection, Myanmar’s domestic accountability measures and its results have been seen as exercises to buy time and have been timed to stave off external pressure. From time to time, the government of Myanmar and the military have separately announced numerous investigative and accountability measures. The first was announced on October 13, 2017 by Myanmar’s army commander-in-chief but it failed to result in anything. In one of the infamous cases, the soldiers who were sentenced in 2018 to 10 years in prison for the Inn Din village killings on September 2, 2017 were released within one year of their sentence. In May 2019, the Myanmar army declared that it had set up a military court to investigate its conduct during 2017. The court comprised a major-general and two colonels but it again produced no tangible results. At its end, the Myanmar government formed the International Commission of Enquiry on July 30, 2018. The ICoE, whose report came two days before the ICJ order, has concluded that it found no “evidence suggesting that these killings or acts of displacement were committed pursuant to an intent or plan to destroy the Muslim or any other community in northern Rakhine State”. In one of the actionable recommendations it asked the Office of the Judge Advocate General to expeditiously conduct the necessary investigations and seek accountability for responsible military personnel throughout the chain of command, based on facts, evidence and information found in the ICoE’s report. In a country where civilian structures are weak and the military is all powerful, everyone knows the fate of such recommendations.

On ground zero, post-Rohingya crisis, including the ICJ case, Chinese domination has been reinforced. In the last two years, China, with its P-5 status, has often rescued Myanmar at the Security Council by opposing any bid to have a binding resolution against Myanmar on the Rohingya crisis. In fact, China has exercised shuttle diplomacy between Bangladesh and Myanmar to bridge differences between the two countries, although the tangible results have been negligible. Only days before the ICJ provisional order, on January 17-18, the Chinese premier, Xi Jinping, was in Myanmar and pledged to give over $580 million in aid over the next three years to support the development of Myanmar. The visit also became important as Myanmar is an important constituent of the Belt and Road Initiative strategy.

China’s economic diplomacy in Myanmar is being rivalled by its traditional foe, Japan. On January 22, a few days after the Chinese president’s visit, Japan signed four loan agreements worth about $1.1 billion to fund sewerage, urban development, power distribution and infrastructure improvement projects in seven regions and states in Myanmar. Incidentally, Ichiro Maruyama, the Japanese ambassador to Myanmar, had created a storm among human rights circles after he was quoted in December, 2019 that he did not think the Myanmar military “committed genocide or (had the) intent of genocide”. “We fully believe that there is no genocide in Myanmar,” he had added in a widely reported press conference. “We are praying and hoping that the ICJ will not issue a ruling for provisional measures.”