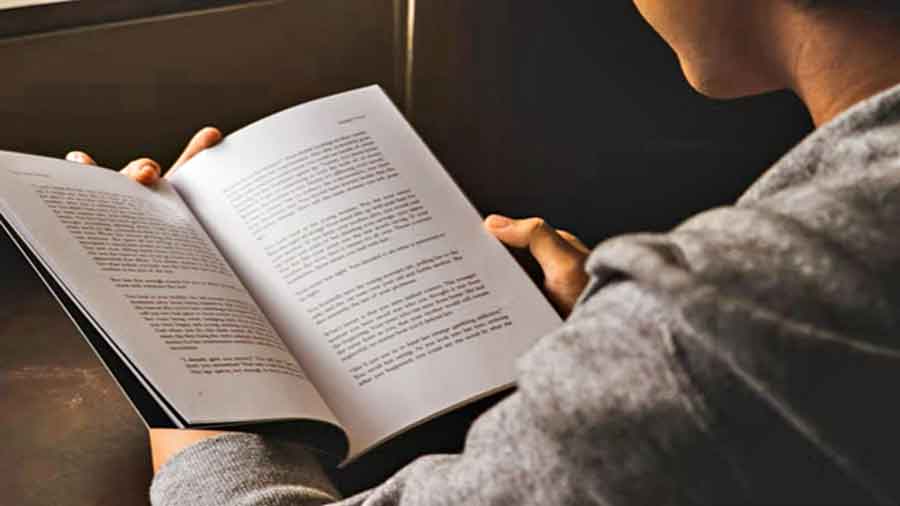 In an earlier column (“India at seventy-five”, August 13), I provided a brief analytical history of India’s democratic institutions since Independence. In this column, I offer a list of non-fiction books that I have myself found useful in understanding the complicated career of our Republic. I would have like to choose seventy-five books, both in the interests of symmetry and because the reader would have had a greater range of choices. However, listing seventy-five titles and providing even the briefest explanations for each was not feasible within the word limit of this column.

So I have picked fifty. I have restricted myself to the period after1947; this is an ‘Independent India’rather than ‘Indian History’ reading list. The date of first publication for each book is given in parentheses.

I begin with Granville Austin’s The Indian Constitution: Cornerstone of a Republic (1966), a landmark work on the debates that went into the framing of the Constitution. To be read alongside is Niraja Gopal Jayal’s Citizenship and Its Discontents: An Indian History (2013), which has a longer time frame and a more sociological approach.

The most important development of our first decade as a free nation included the integration of the princely states and the creation of linguistic states. The best book on the first theme remains V.P. Menon’s TheStory of the Integration of the IndianStates (1956) (The author worked closely with Sardar Patel and was himself a key actor in the process he describes). On the question of language, see Robert D. King, Nehru and the Language Politics of India (1997).

Since Mahatma Gandhi died so soon after Independence, I am not recommending a biography of him.However, those interested in his enduring influence should read Rajn iBakshi, Bapu Kuti: Journeys in Rediscovery of Gandhi (1998).

Among the leading politicians of independent India, Ambedkar and Nehru were also important as thinkers. I, therefore, recommend The Essential Writings of B.R. Ambedkar(2002), edited by Valerian Rodrigues, as well as Who is Bharat Mata? History, Culture and the Idea of India: Writings by and on Jawaharlal Nehru(2019), edited by Purushottam Agrawal.In recent times, the influence of the RSS ideologue, M.S. Golwalkar,has perhaps equaled, or even exceeded,the influence of Ambedkar and Nehru, hence my inclusion of the standard anthology of his writings, A Bunch of Thoughts (1966).

An excellent overview of the political process in independent India is The Oxford Companion to Indian politics, edited by Niraja Gopal Jayal and Pratap Bhanu Mehta (2010). On how and why India adopted adult franchise, see Ornit Shani, How India became Democratic (2017). On the seamier side of electoral politics,see Milan Vaishnav, When Crime Pays: Money and Muscle in Indian Politics (2017). Finally, the best book on the RSS remains Des Raj Goyal’s Rashtriya Swayamsewak Sangh(1979).

The history of economic policy since Independence is carefully delineated in Francine Frankel, India’s Political Economy, 1947-2004 (2005).On India’s economic challenges in the present, see Naushad Forbes, The Struggle and the Promise: Restoring India’s Potential (2022). Excellent overviews of Indian defence policy and foreign policy are, respectively, Srinath Raghavan, War and Peace in Modern India (2009) and Shiv Shankar Menon, Choices: Inside the Making of India’s Foreign Policy(2016). On our complicated relations with our great Asian neighbour, I suggest Kanti Bajpai, India Versus China: Why They are Not Friends (2021).

The bedrock of a modern State are institutions such as the Parliament,the Supreme Court, and the Civil Services. A useful introduction to the subject is Devesh Kapur, Pratap Bhanu Mehta, and Milan Vaishnav, editors, Rethinking Public Institutions in India (2019). The Indian army is the focus of Steven Wilkinson’s Army and Nation: The Military and Indian Democracy (2015). Another important institution is the media, whose evolution in the pre-Modi (or pre-Godi) era is analysed in Robin Jeffrey, India’s Newspaper Revolution: Capitalism,Politics and the Indian Language(2000).

Next, let me consider some works on social structure and social change in modern India. On the operations of caste in the countryside, I recommend two classic ethnographies; one by an Indian, M.N. Srinivas’s The Remembered Village (1977), the other,Patronage and Exploitation (1974), by a Dutch scholar, Jan Breman. On the status and predicament of Muslims in independent India, see Mushirul Hasan, Legacy of a Divided Nation: India’s Muslims Since Independence(1997); on the status and predicament of tribals, see Nandini Sundar, editor,The Scheduled Tribes and their India(2016).

The states of the Indian Union vary enormously in social, cultural, political, and ecological terms.Unfortunately, few have as yet had scholarly, well-researched, histories written about them. Among the rare exceptions are Robin Jeffrey’s Politics, Women and Well-Being: How Kerala became ‘A Model’ (1992) and Narendra Subramanian’s Ethnicity and Populist Mobilization (1999),which is about Tamil Nadu.

Moving to social movements, on the Dalit movement see D.R. Nagaraj,The Flaming Feet and Other Essays:The Dalit Movement in India (2010);on the women’s movement, Radha Kumar, A History of Doing: AnIllustrated Account of Movements for Women’s Rights and Feminism(1993); on backward caste struggles,Christophe Jaffrelot, India’s Silent Revolution (2003); on the environmental movement, Shekhar Pathak, The Chipko Movement: A People’s History(2020).

Next, some works set in India’s major conflict zones. There are many books on the origins and trajectory of the Kashmir dispute; among the earliest and best is Sisir Gupta’s Kashmir: A Study in India-Pakistan Relations (1965), which explains why possession of the Valley is so crucial to the national myths of both India and Pakistan. On that other troubled and turbulent region, the Northeast,see Sanjib Baruah, In the Name of the Nation: India and its North East(2020). On the Maoist insurgency in central India and its wider implications,do read Nandini Sundar, The Burning Forest (2016).

The books listed so far are all works of scholarship, based on deep research and containing footnotes and references. Let me now recommend some books written in a more popular vein. Two are by academics: these are Jean Drèze, Sense and Solidarity: Jholawala Economics for Everyone (2017) and André Béteille,Chronicles of Our Time (2000), each of which presents to a wider audience a lifetime’s research and scholarship. I consider Drèze India’s pre-eminent development economist; Béteille our finest sociologist.

I now come to four good books by journalists. These are Katherine Boo, Behind the Beautiful Forevers (2012), a brilliantly written account of life in a Mumbai slum; P. Sainath, Everybody Loves a Good Drought, which is on survival and struggle in rural India; Rajdeep Sardesai, 2019: How Modi Won India (2020), a reporter’s narrative of our most recent general election;and Mark Tully, No Full Stops in India (1991), a series of interlinked essays by someone who is perhaps the most admired foreign journalist to have worked in our country.

A biography, the story of a life in its time, is a window into social and political history; and so too is an autobiography.So, finally, I’d like to list some memoirs which I particularly liked. Two are by Dalits, one written in English, Sujatha Gidla, Ants among Elephants (2017), the other written originally in Hindi, Om Prakash Valmiki’s Joothan, translated into English by Arun Mukherjee (2004);and two by women, one written in English and set in the middle-class,Padma Desai, Breaking Out (2012), the other written originally in Marathi and set in the working-class, Malika Amar Shaikh, I Want to Destroy Myself, translated by Jerry Pinto(2019).

While this list includes books published from the 1950s onwards, it is biased towards social and political, rather than economic or cultural, history. However, I have excluded books published under the auspices of the New India Foundation (see https://www.newindiafoundation.org/books), since I was for many years associated with that organisation.

I trust some readers will be encouraged to follow up on some of the fifty books recommended here. Almost all of them are in print (the few that are not, are available on the website, archive.org). Many have also appeared in translation, in Hindi and other languages.

The Indian Constitution: Cornerstone Of A Republic Citizenship And Its Discontents: An Indian History The Story Of The Integration Of The Indian States Nehru And The Language Politics Of India Rashtriya Swayamsewak Sangh
Share
Advertisement
Advertisement