Excerpts from the Kashmir diary

On Independence Day, the only noise on the street was that of helicopters circling overhead 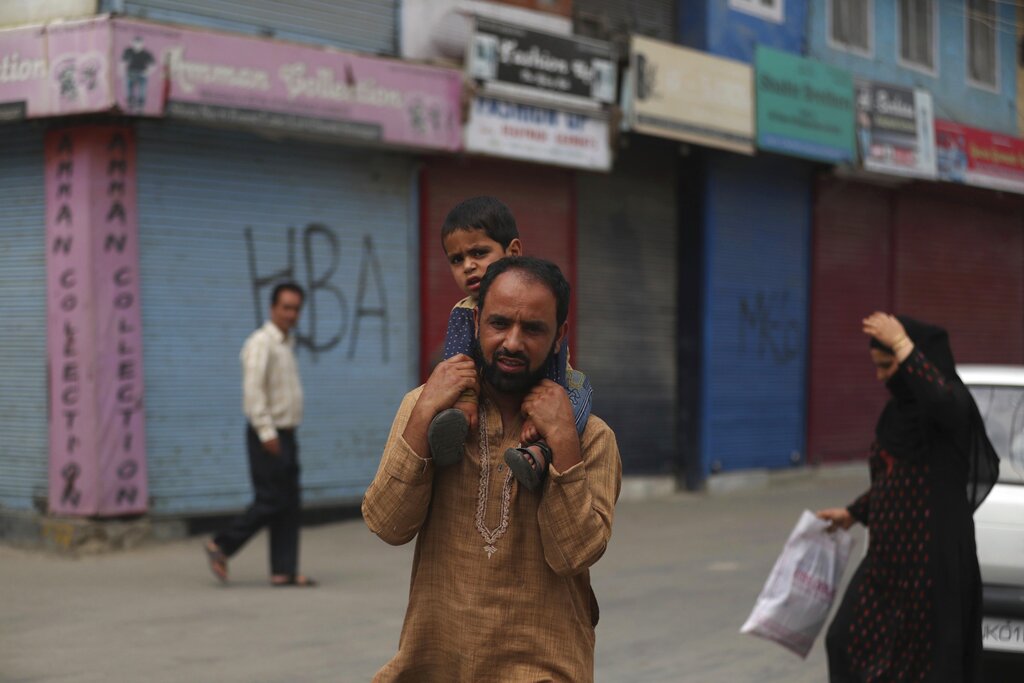 As the aircraft was about to descend, the flight attendants started pulling down the window shades hurriedly for “security reasons”.

We were landing in Srinagar.

In the course of the next three days in the Valley, I encountered barbed wire, checkpoints, road diversions and metal shutters on my way to meet dozens of people whose voices have been cut off from the mainstream since August 5, the day Parliament abrogated Article 370 and 35A, which gave special status to Kashmir.

Taxi driver Hilal, 42: “Everything was running fine, tourists poured in, there was good business. Then they destroyed it completely.”

Receptionist: “There is nothing to eat. No fresh vegetables are available. At best, we could serve you rice and lentils.”

Hundreds are taking the stairs to the first floor, where telephone lines have been set up for people to speak to their families outside the Valley.

“I have been in the queue for the past two hours to call my daughter who is studying in Bangalore. I wanted to inform her that her aunt in Delhi would send her the monthly expenses as banks are closed here,” said 59-year-old Sameer Bhat of Safa Kadal.

Gowhar Mir, 19, a student, requested me to ask the officials for the password of the Wi-Fi connection: “You are an Indian, they won’t refuse you. We can connect with your phone via Bluetooth, and use it for money transfer to my brother studying in Mohali.”

I disappointed him. I couldn’t ask for the password. As I stepped out, I bumped into a huge board showcasing the promises of ‘Digital India’.

A group of seven paramilitary personnel were screaming at three little boys with stones in hand.

Zafar Mahmood, 14 (student): “The jawans brought in some milk packets to distribute among locals two days back. But nobody took them. They would distribute a few packets and shoot a video and tell the world how humane they are.”

Mehboob, 41 (businessman): “Indian media is showing that everything is normal. We were not even allowed to go to our mosques on the day of Eid. If everything was normal, why have they caged us?”

Zaffer Ahmed Boktoo, 50 (hotel owner): “Big leaders look for solutions, criminals look for ways to create problems. For us, they are only creating problems.”

As I stepped out of the police station after making a call from the mobile phone of a cop kept exclusively for reaching out to people outside Kashmir, a man asked, “Could you make a call?” When I nodded, he said, “But they don’t allow us in because we are terrorists.”

The only noise on the street was that of helicopters circling overhead.

Ubaid Mehraj, 22 (student): “Independence Day is for a selective few. Interestingly, the pro-government people are under house arrest too. What could Independence Day mean for people of Kashmir whose freedom has been taken away?”

Nasir Ahmed, 49 (shop owner): “Even 10-12 year olds have been picked up randomly from this area before Independence Day. If India considers us its own, let me ask, which country does this to its own children?”

Shikarawallah (refused to give his name): “They asked the tourists to leave first. Were we killing them? We ourselves are dead, you have put us in jails. How long this cruelty would go on? ”

Muzaffar Wani, father of the slain Hizb-ul Mujahideen militant, Burhan: “I never want the children to pelt stones but they don’t listen to anyone. I never told my child to pick up gun but he did... As adults, we still can bear the torture but children don’t have the strength to bear the torture.”

Eijaz, 35 (pharmacy owner): “My stock of medicines for diabetes and hypertension is over but I cannot go to Srinagar to collect them because I couldn’t get a curfew pass.”

Tariq Dar, 49 (contractor): “This is not democracy. All of this is done with a muscular approach. There is simply no dialogue India wants with us.”

Rasheed, 24 (unemployed): “My uncle, an imam with the local Jamia Masjid, was picked up by the police on August 6 without any charges. We have no clue when he would be released.”

Fellow passenger: “Would you write what you saw and heard in these three days? Or would you too say, ‘All’s well’?’”