A hundred cuts cannot finish off the righteous fighter 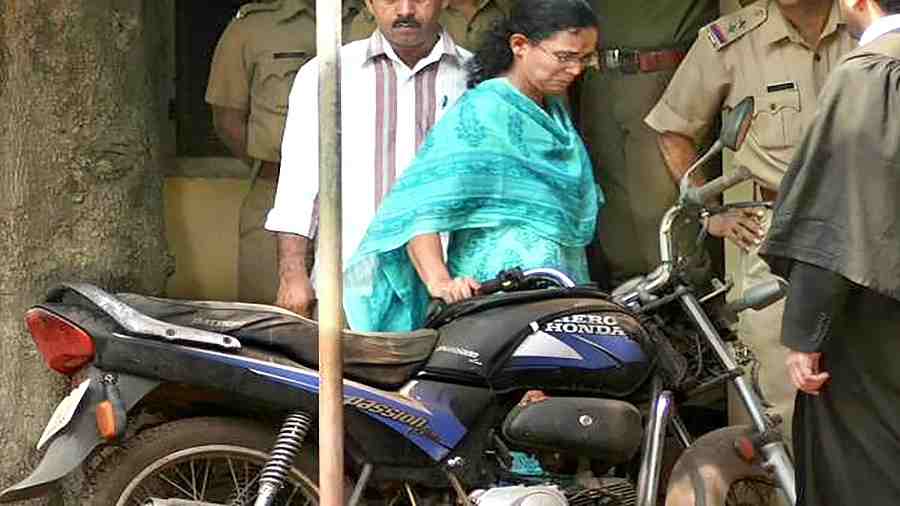 One consequence of a politically aware environment was the near-absence of communal strife in Vadakara, which was not always the case in some of the adjoining areas. V.K. Suresh, an author and a walking encyclopaedia on the region, pointed out that Vadakara, with its rich mix of diverse cultures and faiths, is known for its communal harmony. He could not recall a single instance of communal or caste-driven strife in half-a-century.

Old-timers still recall how Moyarath Sankaran, one of the earliest Congress activists in Malabar, played a decisive role in defusing an explosive situation during the 1921 Malabar revolt against the British. The captured rebels were being packed like sheep into trains and ferried to Kannur via Vadakara. The Muslims were on a short fuse, and an explosion that could easily acquire communal overtones appeared imminent.

Sankaran, who was drawn to public life after he heard Annie Besant’s speech when he was studying medicine in Calcutta in 1913, made it a point to travel by foot to mosques and town centres where Muslims would gather at night. Sankaran’s counsel and calls for restraint worked, and he managed to avert a conflagration. The nocturnal forays on foot by Sankaran and his work among common people should be an eye-opener for the present-day Opposition, including the Congress, that cites lack of money and countless other excuses to justify its failure to build public opinion against those who endorse calls for genocide of Muslims with their silence and worse.

This April 30, as I watched the procession being held in honour of the martyrs, I realised that I cannot remember having been taught about the martyrdom when I was a child. I could recall reading about Amitabh Bachchan and Sachin Tendulkar but I was not sure if I had come across references to Mandodi Kannan and Moyarath Sankaran. With a wave of sadness-tinged regret washing over me on that road enveloped in darkness, I also realised that I have not done anything to teach my children about Mandodi Kannan and his nine comrades, and Moyarath Sankaran — and many others who died fighting for one cause or the other in which they believed. Politics, including its purest meaning of public affairs that manage contradictions before they cause strife and allocate resources in a fair manner, was a dirty word when I was growing up.

Then I spotted Comrade K.K. Madhavan (MLA K.K. Rema’s father) in the procession and I remembered how well he had treated me in his daughter’s house. Like the homes of many elected representatives, especially communists, that are probably the last spaces of refuge for passers-by and lost souls with and without causes, Rema’s home had made us linger a while even after the MLA had left for the venue.

As we waited there for a schoolteacher I wanted to meet to learn more about Vadakara, my friend asked me: “Do you want to see TP’s bike?”

I was taken aback. I did not know then that the court, which convicted several accused, including CPI(M) leaders, in the assassination case, had released the bike from which TP was knocked down, trapped and hacked to death. My friend took me to the first floor where the bike was kept. The helmet is still placed atop the speedometer. The sole sign that the two-wheeler was the target of something as cold-blooded as an assassination was the smashed headlight. The room had less grim features too: many paintings, drawings and symbols of admiration and respect despatched by those touched by the life and the death of TP.

Caught between the machine, which would forever remain as a tensile reminder of the most-discussed political murder in Kerala’s history, and the memorabilia, it occurred to me why I had made the trip to Onchiyam and called on Rema.

A few weeks earlier, I had got myself invited to another home in Kozhikode — that of M.N. Karassery, academic, orator, writer and, for me, the bravest commentator in Kerala now. Karassery spares no form of fundamentalism — Hindu, Muslim or Christian — in his trenchant commentaries on television. Treating me to the famed hospitality of Malabar, the gracious Karassery told me that he, too, did not know much about TP before the assassination but was asked by the slain communist’s supporters to address the condolence meeting a day after he was killed. The retired professor declined as he had been advised bed rest because of a ligament injury. But the calls were persistent. He relented when he was told that few people were willing to address the meeting because the brutality had struck terror in the area. Karassery then travelled supine in the rear seat of a car and reached the venue. Around 30 chairs were placed in front of the stage but most were empty. Many people were standing nearby, crestfallen but reluctant to take a seat. Karassery told them that he came to the meeting regardless of ill health precisely for this reason: you must overcome your fear. (I had assumed that the chairs soon filled up but when I contacted Karassery to verify his account and seek his permission to quote him for this article —- I had not met him as a journalist but as a grateful student he had never taught — he told me: “It is not easy to eradicate fear…”).

Ten years after that condolence meeting, by the time I was standing before TP’s bike, the people of Onchiyam and Rema had taken many strides forward to overcome fear. Rema fought the assembly elections in 2016 but lost. Five years later, her victory dealt a humiliating blow to the chief minister, Pinarayi Vijayan, who was the CPI(M) state secretary when the assassination took place, and blotted his unprecedented return to power in the southern state that had changed governments after every election till then. The intervening years were not easy — Rema herself was attacked (her son felt compelled to issue an appeal on social media to spare her) and a memorial at the spot where TP was assassinated was vandalised multiple times.

TP’s death anniversary — on May 4, just four days after the Onchiyam massacre anniversary — is now a red-letter day for many communists who feel the CPI(M) no longer represents true communism. Every May 4, from morning till evening, Onchiyam becomes the magnet that attracts such communists who spend the day there, renewing friendships and hope. Some of those who are working abroad schedule their annual leave in such a way that they can be at Onchiyam on May 4.

On the Onchiyam road that Saturday evening on the 74th anniversary of the martyrdom, the marchers had reached the venue and the public meeting to commemorate the 10 martyrs was about to start. Then I asked myself: it is true that politicisation and the resultant awareness have insulated Onchiyam against communalism but wasn’t it politics that led to the murder of the Onchiyam martyrs and TP? Was it worth giving their life to fight for what they believed in?

The answer came late at night when I called my friend in Onchiyam to tell him that I had reached Kozhikode city. A few hours earlier, my friend had taken me around a memorial on the spot where TP was cremated, right next to the home he was building and where Rema is living now. My friend asked me if I recalled what was etched at the base of the memorial. It was a Malayalam poem, written by a poet, Veerankutty, on the very night that TP was assassinated.

Without waiting for my reply, my friend recited the elegy, which loosely translates to: “A hundred cuts cannot finish off the fighter who was born to defend righteousness/ Fallen he has not/ In order to germinate again like a seed/ he has merely kept himself camouflaged.”

Perhaps this is the lesson we should teach, not just our children but the Opposition, too, that appears to have run out of ideas to defend the idea of India.