The clear economic viability of Calcutta's wetlands has been blatantly ignored

Denudation continues, even after the high court prohibited any activity in the wetlands that would alter their character 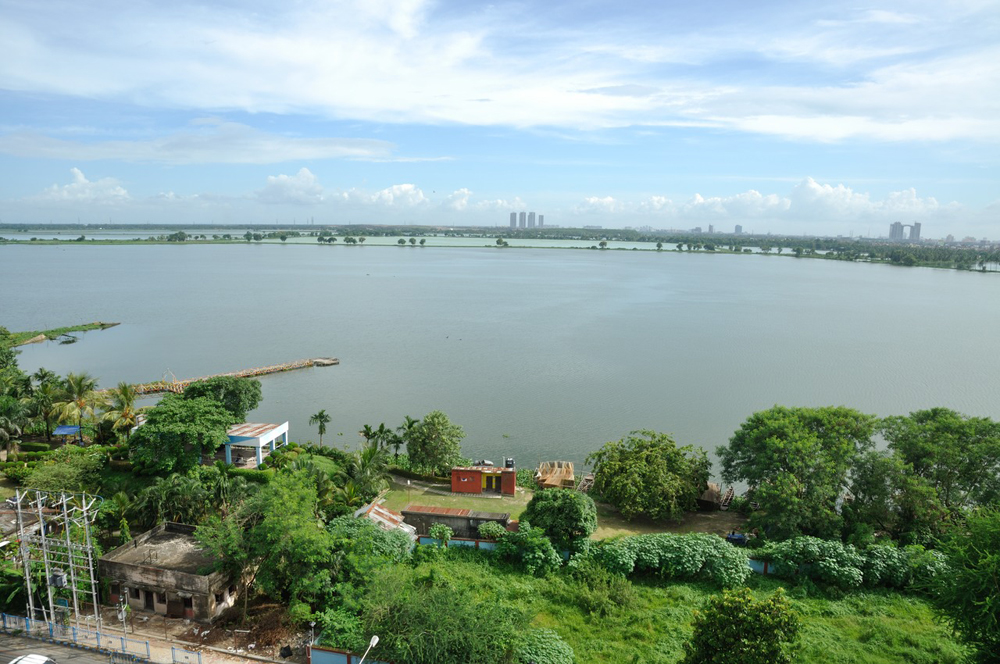 A view of the East Kolkata Wetlands. Given that directives from green bodies and even the courts are flouted, is there a case to be made for amending existing laws to arm benign environmental tribunals with more teeth?
Wikimedia Commons
The Editorial Board   |   Published 01.11.19, 11:37 AM

A view from above often provides a clear picture of the reality on the ground. If Nasa satellite imagery revealed the large-scale deforestation in the Amazon forest over the last 40 years, closer home, a satellite map has shown the shocking extent of the encroachment on the East Kolkata Wetlands that has occurred between 2002 and 2016. A report submitted by a National Green Tribunal committee takes these findings into account to reveal how a significant section of the sewage farms and agricultural land of the EKW has been converted to residential plots. Even though there has been relatively more awareness in the public discourse around the challenges facing the wetlands than there has been about other environmental issues, such awareness does not seem to have worked. The fact that the EKW’s management authority has, till date, filed more than 350 complaints and first information reports against violations under the East Kolkata Wetlands (Conservation and Management) Act, 2006 points to the losing battle it seems to be fighting against a rapacious and unsustainable model of development facilitated by the powers that be.

It must thus be asked why government policy seems bent on pursuing a model in which the key balance between growth and sustainability has no place. Successive governments, both at the Centre and in the states, have harped on the notion of economic ‘growth’ being integral to development. Why, then, is the clear economic viability of the EKW so blatantly ignored? Not only does it provide employment to around one lakh people and produce 150 tonnes of vegetables and 30 tonnes of table fish, but it also naturally treats 600 million litres of sewage, apart from a host of other benefits. And yet, the denudation continues, even after the Calcutta High Court prohibited any activity in the wetlands that would alter their character. The NGT committee has suggested that a task force be set up to handle green rule violations in the wetlands. Given that directives from green bodies and even the courts are flouted, is there a case to be made for amending existing laws to arm benign environmental tribunals with more teeth? This, however, must be accompanied by sustained investments — targeted campaigns and awareness-based curricula — to force the public imagination to acknowledge the economic and ecological vitality of the EKW. The latter not only ensures a low-cost supply chain of fresh fish and vegetables, but its natural wastewater and sewage treatment system is so effective that Calcutta was not allocated funds for a conventional sewage treatment plant under the Ganga Action Plan. Unless citizens realize the real dangers posed by the disappearance of the wetlands, the encroachments will continue.