Editorial: Why is everyone suddenly praising Nitish Kumar?

DELHI DIARIES | When Karnataka govt decided to hike MLAs' salaries by 50%, only one dissented 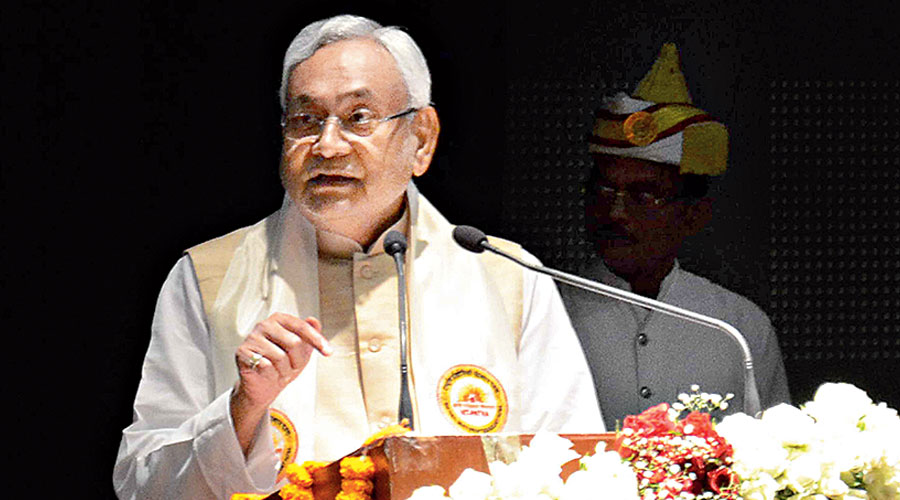 All of a sudden, everybody started talking about the Bihar chief minister and the Janata Dal (United) leader, Nitish Kumar — the JD(U) is in alliance with the Bharatiya Janata Party in Bihar — being tipped off as a possible candidate for the president of India, slated to be selected later this year. Many leaders, both in the ruling parties and the Opposition, were happy to learn about this possibility and their ambitions to become the next CM of the state began to soar. After all, Nitish has been the CM since 2005 with a brief interregnum of a few months when he chose to abdicate. Everyone started praising Nitish and insisted that he would be a great president. The discussions shot up to a crescendo and the political scene was abuzz with rumours of an imminent change of guard. A couple of days passed before journalists managed to catch up with Nitish and asked him about the veracity of such claims. He called it ‘nonsense’ and poured water on the dreams of many. Later, a leader of his party explained that Nitish doesn’t want to move away from active politics and has no retirement plans on his mind.

Varun Gandhi appears to have closed all options of rapprochement with the BJP and has taken on the mantle of a rebel. In spite of being a BJP parliamentarian, the 41-year-old leader has been repeatedly attacking the policies of the government. His attacks have coincided with the crucial Uttar Pradesh assembly elections and he is being poorly perceived within the BJP. Varun is a Lok Sabha member from UP but has desisted from campaigning for the party. The BJP leadership is yet to take any action against him.

So where could the young leader be headed now that his association with the BJP seems to be over? Will he join his cousin, Rahul Gandhi, in the Congress or embrace some other political party? There is no clarity as Varun himself seems to be in a bind. He could also choose to continue with the BJP. Much depends on the outcome of the UP assembly elections. Just like the course of national politics, the Gandhi scion’s future, too, depends on the UP results.

The Kerala unit of the Congress has always been plagued by infighting. At a time when the party is supposed to stay united, the leader of the Opposition, VD Satheesan, allegedly held a meeting of leaders loyal to him at his residence. Ever suspicious of his party colleague’s activities, the state Congress president, K Sudhakaran, sent his trusted lieutenant, TU Radhakrishnan, to Satheesan’s home to check whether a group meeting was indeed taking place. With his network of informants in the party, Sudhakaran was promptly tipped off about the supposed meeting. However, both Satheesan and Sudhakaran dismissed the alleged development as a rumour and insisted that everything was hunky-dory in the party unit.

It’s no secret that even lawmakers love pay hikes. So when the BJP government in Karnataka decided to give a 50 per cent salary hike to members of both houses of the legislature, most legislators, including senior leaders from the Opposition, were mum. The Congress member of the legislative assembly, Anjali Nimbalkar, turned out to be the sole dissenting voice, citing how the state is strapped for funds. The Karnataka government is barely able to meet the healthcare needs of Covid-19 patients and welfare schemes for the poor. But assembly passed two bills — one for wage hike and the other for an increase in allowances — without any issue. In the end, Nimbalkar remained the lone voice to oppose the hike publicly.

Prohibition in Bihar is getting bizarre every passing day. The government has now roped in a helicopter to keep a watch on the riverine areas of the Ganga — these areas are apparently hotbeds of illicit brewing of country liquor. The chopper was unveiled soon after a fleet of drones was hired for surveillance. But two back-to-back incidents bared the truth about the liquor ban. A leader from the ruling party, JD(U), was drinking in his house when he felt the alcohol course through his veins and decided to go out for a stroll. But he forgot his clothes and videos of this faux pas went viral on social media. In another incident, a police inspector was caught on video dancing with a girl as liquor bottles surrounded the two. These two fiascos came to light at a time when the CM, Nitish Kumar, has strictly imposed prohibition after several people died as a result of consuming hooch liquor across the state.