The Meghalaya Governor may have set the cat among pigeons 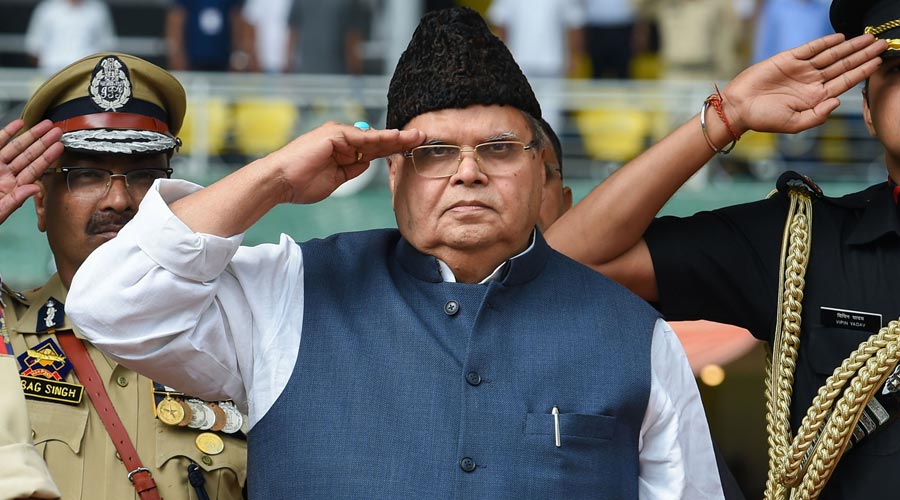 Every family has its own secrets. The sangh parivar, presumably, is not an exception. The Meghalaya governor, Satya Pal Malik, set the proverbial cat among the pigeons after suggesting that Amit Shah may have been critical of Narendra Modi: the Union home minister had apparently told the governor that the prime minister’s thinking had been ‘ruined’ by some people. Mr Malik has since clarified that Mr Shah has the highest respect for Mr Modi. What has not been retracted, however, is another significant statement made by Mr Malik: that the prime minister had been ‘arrogant’ when the two met to discuss the farmers’ agitation. Mr Modi’s haughtiness, a charge that has been levelled by the Opposition repeatedly, has had deleterious effects on Indian democracy.

It is true that Mr Modi had been elected to office by impressive popular mandates on two occasions. This brutal electoral majority has been interpreted as a licence to impose a hubristic, authoritarian leadership on the government and the nation. Evidence of Mr Modi’s unilateral style of functioning is plentiful. A democratically-elected prime minister has insulated himself from searching interviews. Controversial policy decisions, be it demonetization or the farm laws, are pushed through sans adequate consultation. A national security crisis — China has encroached on Indian territory — goes unaddressed by the government lest its tallest leader has to eat humble pie. What is troubling is that large segments of the electorate remain enchanted with this carefully-curated image of Mr Modi as a ‘strong leader’. The deepening imprint of the personality cult in politics has impaired the democracy project elsewhere. Charismatic leaders, buoyed by public endorsement, are not shying away from weakening institutions in democratic set-ups or even altering the social fabric of nations. Yet, it is truth alone that triumphs in the end. The prime minister, for all his invincibility, has had to eat crow on the farm laws. That demonetization was an unmitigated disaster, especially for India’s once sprawling informal sector, is now common knowledge. An imperious prime minister may shudder to take the ‘C’ word but China’s aggression against India is now a matter of concern — in India and around the world. Hubris, the adage goes, precedes a fall. Is there then a case for the prime minister to heed the advice of the governor in this instance?