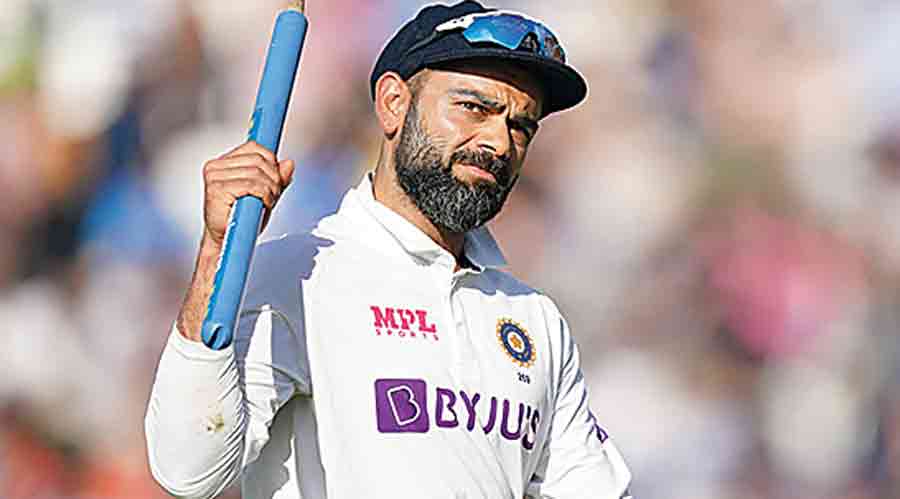 The captain of a cricket team is not expected to rock the proverbial boat. Yet, Virat Kohli, who stepped down as captain from the Test team, has done that very thing with his sudden announcement that he will not lead the side in any format of the game. There is speculation that Mr Kohli’s decision to retire hurt as skipper may have something to do with his strained ties with the powers that be in the Board of Control for Cricket in India. The circumstances that led to his exit as captain from the T20 team remain shrouded in mystery, with Mr Kohli disputing the BCCI chief’s claim of having counselled him against the decision. Whatever may be the truth, the manner in which the dispute was allowed to fester was inimical to the image of Indian cricket as well as the ambience in the dressing room. For all its patronage, the BCCI — it has a former player and successful captain at its helm — remains unschooled in the art of communicating with players in the desired manner. Mr Kohli’s famed aggression — he chose to wash dirty linen in public — did not help matters either.

It is a pity that Mr Kohli has had to step down as captain amidst such acrimony. This is especially so because his record as captain remains formidable. He is India’s most successful leader, having led the side to 40 victories in 68 Test matches. He, along with the management and players, helped India to the pole position in Test rankings. Most importantly, India’s overseas record improved dramatically under his watch. Mr Kohli’s induction of a culture that prioritized physical fitness, mental toughness as well as bowlers with the ability to bowl the Opposition out facilitated India’s transformation from paper tigers to world beaters. The failure to win a major tournament of the International Cricket Council, including the ODI World Cup, is perhaps the only blemish in his sparkling career as captain. Mr Kohli may have left captaincy but his legacy of fearless competitiveness and the pursuit of excellence, at home and abroad, should, hopefully, continue under his successor. This would be consistent with the view that a captain is merely a cog in the wheel of a wider vision for success. His real achievement lies not in numbers — matches won or lost — but in his ability to inspire change in a team’s belief and character. Mr Kohli has fared rather well in this regard.