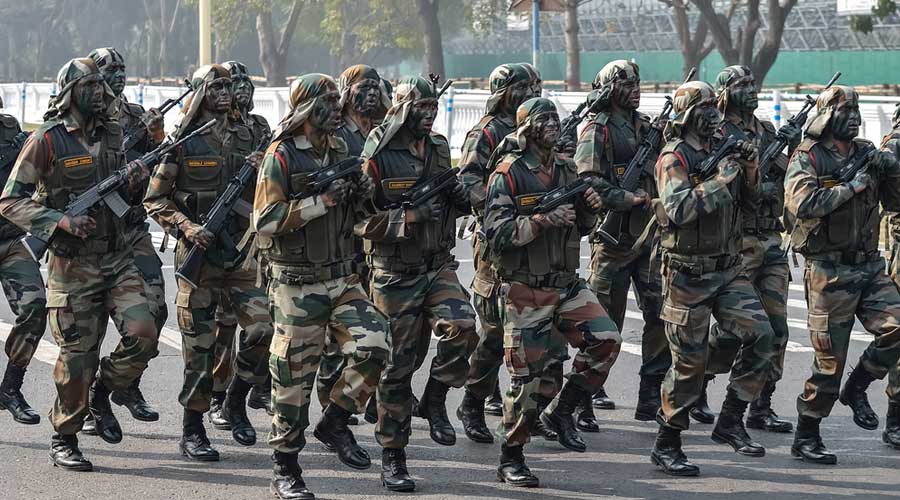 The war in Ukraine has forced India to confront the full extent of its dependence on imported military hardware which has constricted its geopolitical options. Against this backdrop, comments by an additional-secretary in the ministry of defence last week suggesting that India might not need to import any weapons in the future would have been a reason for relief — if it were rooted in reality. It was no off-the-cuff remark. The minister of state for defence, Ajay Bhatt, told the Rajya Sabha that in the future, India would only purchase foreign military equipment as an “exception”. However, the Narendra Modi government has not outlined any roadmap to implement this policy without hurting the needs of the military. Research by the Stimson Center suggests that 85 per cent of India’s military equipment is of Russian origin. That has blunted New Delhi’s ability to criticize Moscow over its invasion of Ukraine. To be sure, the share of fresh defence purchases from Russia has dropped in recent years, as the United States of America, European nations and Israel have stepped up sales and New Delhi has sought to diversify its import sources. Overall, India’s military imports have dropped of late.

But India remains the world’s biggest weapons importer, with more than $15 billion in purchases between 2017 and 2021, according to the Stockholm International Peace Research Institute. And replacing one dominant source with multiple sellers only marginally reduces India’s vulnerability: many weapons-supplying nations belong to military alliances that could take collective decisions imperilling New Delhi’s security interests. All of this points to an uncomfortable truth — that much like the prime minister’s promise of a $5 trillion economy, the government’s assertion that India is ready to manufacture its military hardware domestically is an empty boast. It is dangerous for Mr Modi’s administration to peddle a misleading sense of the nation’s defence preparedness to Parliament and to the public. India occupies a troubled geography that looks particularly volatile at the moment. It is locked in a border standoff with China. Meanwhile, Pakistan is in the midst of a political crisis that could destabilize that nation. Afghanistan and Myanmar are ruled by autocratic regimes, and Sri Lanka’s economy has collapsed. At a time when India needs to be on high alert, the government must not lower its guard through a false sense of security over the country’s military capabilities.