Advertisement
Home / Opinion / Does the Indian Left have a future? 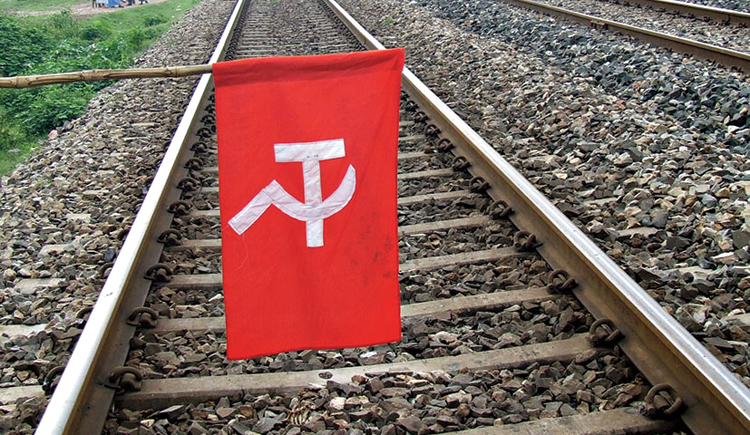 If, in electoral terms, 2019 marks the nadir of the communist movement in India, the high point was 2004, when the communist parties had more than 60 seats in Parliament
A Telegraph file picture
Ramachandra Guha   |   Published 22.06.19, 01:14 AM

In the third week of May I found myself in Kerala. The Lok Sabha results were due in a few days; it seemed clear that, for the first time since Independence, the communists would be in single digits in the lower House of Parliament. It thus so happened that I was in India’s sole Left-ruled state on the eve of their eclipse as a national force.

I had come to the state to speak at the annual conference of the Kerala Sastra Sahitya Parishad. The KSSP was founded in the early 1960s by a group of teachers and activists. Its slogan is ‘Science for Social Revolution’. Over the years, it has done impressive work in disseminating scientific literature to citizens, and in cultivating a rational, evidence-based approach to solving social problems. It has published hundreds of books and pamphlets, and been very active in the environmental and popular health movements. I had long followed their work, and admired what they had done.

I took a flight from Bangalore, and was met at Thiruvananthapuram by three activists of the KSSP. Two were university teachers, in physics and economics respectively; the third worked in the state electricity board. All displayed a keen interest in public affairs and a strong commitment to social justice — this is common among teachers and public servants in Kerala, but rarer in other parts of India. We drove to the town of Pathanamthitta, where the conference was to be held. We stopped en route at a wayside Indian Coffee House, which, like all branches of this co-operative organization, had a picture above the till of the legendary communist leader, A.K. Gopalan.

The annual conference of the KSSP is held by rotation in each of the 14 districts of Kerala. The present conference was organized by the Pathanamthitta district branch, and hosted in the premises of a high school named after Netaji Subhas Chandra Bose. About a thousand delegates had come, from across Kerala. We ate together in a common dining hall, washing our dishes afterwards.

The KSSP is not a party organization. It has sometimes crossed swords with the state unit of the Communist Party of India (Marxist) — most famously during the Silent Valley controversy of the 1980s. Many of its members probably vote for the Congress (though few, if any, for the Bharatiya Janata Party). Nonetheless, in its origins and evolution, the KSSP was deeply influenced by the Left movement in Kerala. The egalitarian and inclusive spirit that I saw manifested this influence very clearly.

There is no organization like the KSSP in any other state in India. Not even in West Bengal, where the communists were in power for a far longer stretch. This may be because Bengali Marxism has always been inflected with a bhadralok idiom; it is literary and intellectual in nature, whereas Malayali Marxism is more pragmatic and down-to-earth.

If, in electoral terms, 2019 marks the nadir of the communist movement in India, the high point was 2004, when the communist parties had more than 60 seats in Parliament. Bengalis still lament Jyoti Basu not becoming prime minister in 1996. But, in retrospect, a far greater mistake was committed in 2004, when the CPI(M) and the Communist Party of India did not join the United Progressive Alliance government headed by Manmohan Singh. The United Front government of 1996-98 was in a minority, and even if Jyoti Basu had headed it, it would still have fallen within a couple of years . On the other hand, the UPA government ran for two full terms; had the communists joined the cabinet, and taken charge of such portfolios as education, health, and rural development, they could have helped improve people’s lives, while increasing the party’s visibility and profile across the country. Tragically, the CPI(M) was bound by Leninist dogma, which did not permit it to take up a supporting role in a ‘bourgeois government’.

At the national level, the parliamentary communists have descended from the high of 2004 to the low of 2019. Meanwhile, they are now out of office in Tripura and West Bengal, and are extremely unlikely to regain power in either of these states. Since Kerala usually alternates between the Left and the Congress, when assembly elections are next held the communists should find themselves in Opposition here as well.

In India today, some famous writers and artists think of themselves as being on the Left. So do some established scholars. However, in terms of its influence on politics and public life, the Indian Left has never been in a worse place. Can this change? Or is this political decline irreversible?

As I write this, against the backdrop of their near-rout in the last Lok Sabha elections, it is hard to think of the Left ever regaining the political salience it once had. But history acts in odd and unexpected ways. Who would have imagined that socialism would experience a resurgence in that most capitalist of countries, the United States of America? India remains a land marked by pervasive social inequalities. In theory, if not in practice, it remains fertile ground for the Left.

If the Left in India hopes or wishes to rise up from the ashes, then the first thing it must do is to become more Indian. In 1920, shortly before the Communist Party of India was established, the Mumbai Marxist, S.A. Dange wrote a pamphlet exalting Lenin over Gandhi. Ever since, Indian communists have found their heroes in a country other than India. They have venerated, in turn, the Germans Karl Marx and Friedrich Engels, the Russians V.I. Lenin and Josef Stalin, Mao Zedong of China, Ho Chi Minh of Vietnam, the Cuban Fidel Castro, and the Venezuelan Hugo Chávez.

The problem with these foreigners is not just that they were foreigners. They were also totalitarians, who believed in a one-party State run by themselves. The likes of Lenin and Mao had no understanding of India or of Indian society; nor an appreciation of the virtues of multiparty democracy either. By worshipping them at the expense of home-grown thinkers such as Gandhi and Ambedkar, the communists found themselves out of sync with Indian realities.

Younger readers may not be aware that, parallel to the growth of communism in the 1920s, an indigenous socialist tradition also took shape in India. Its exemplars included Kamaladevi Chattopadhyay, Rammanohar Lohia, and Jayaprakash Narayan, all of whom had a more original understanding of Indian society than their communist contemporaries. The thinking of Kamaladevi on gender, of Lohia on class, of JP on political decentralization, was far sharper than of S.A. Dange or E.M.S. Namboodiripad on these subjects. This is because the socialists took their clues from what they observed on the ground, whereas the communists mechanically followed the path laid down by Lenin and Stalin.

Is it too late for Indian communists to learn from the heritage of Indian socialists? They can likewise seek to indigenize themselves, and perhaps even adopt the ‘socialist’ label. To the 21st-century mind, the word ‘communist’ is indelibly associated with tyranny and authoritarianism. On the other hand, the word ‘socialist’ is more benign. True, it has currently been misappropriated by a family firm run by Yadavs in Uttar Pradesh. But it may be worth the effort to recapture the label, and rework it to more worthy ends.

In the wake of the Lok Sabha elections, there is talk of the need to ‘unify’ the different communist parties, and bring them under one platform. Were that to happen, the new, unified, party would need a new name. I suggest it junk the word ‘communist’, and characterize itself as ‘democratic socialist’ instead. That might be a modest first step towards a renewal of the Left, opening out for it a future in Indian politics, whereas at present it only has a past.