Marx’s theory of history came alive as 4 comrades discussed the past, present and future of the political party they had rooted for all their lives 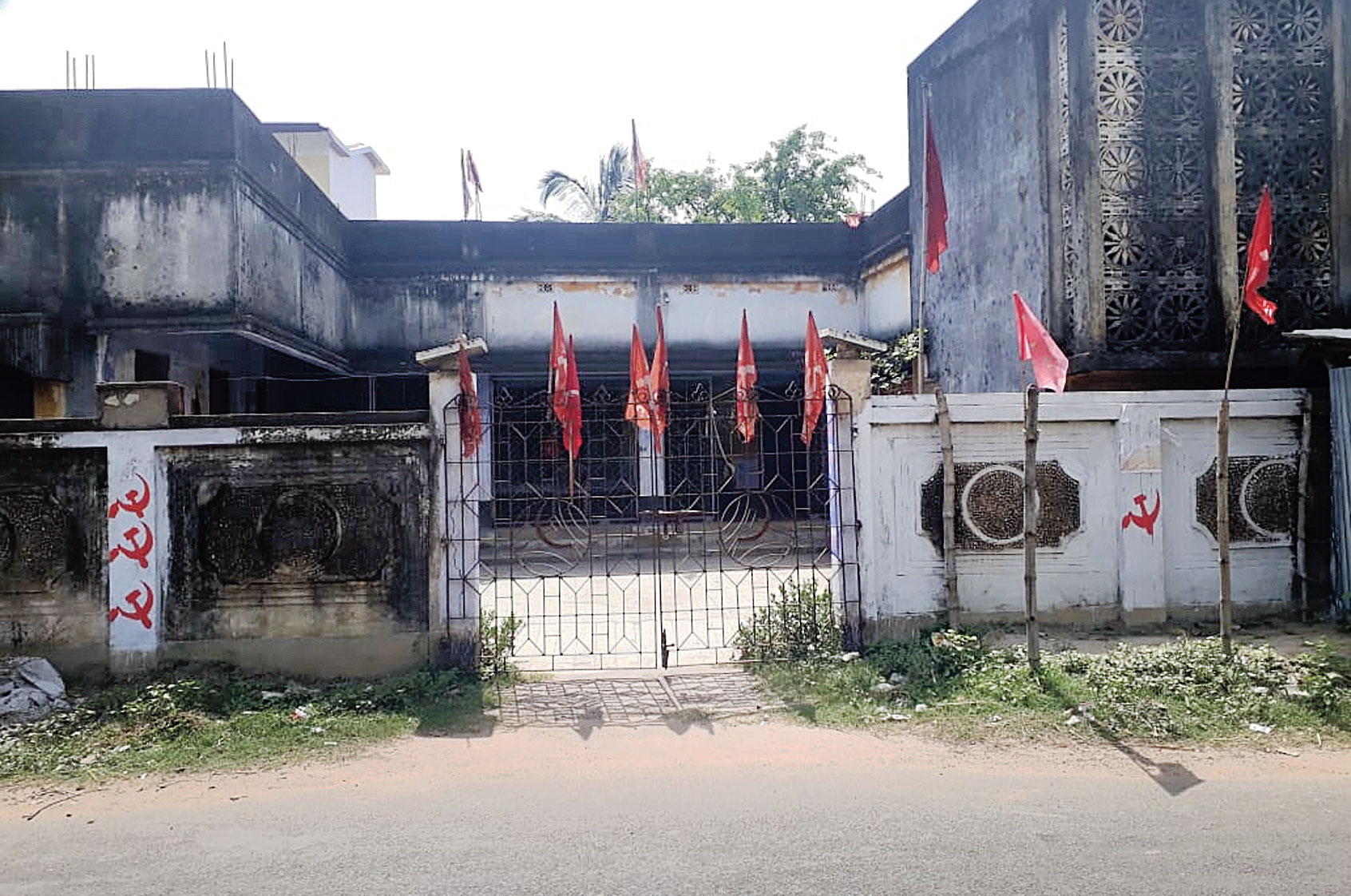 History does nothing, it does not possess immense riches, it wages no battles. It is men, real, living, who do all this.

Karl Marx’s theory of history — an attempt to describe the way humans change their environments and (in dialectical relation) the environments change them — came alive in a Midnapore tea stall on a sultry May evening as four comrades discussed the past, the present and the future of the political party they had rooted for all their lives.

“This region has a history of so many Left movements. Historically, the Left has been so powerful in this area… But look at the present situation, there is no hope for us in the polls. I don’t know what the future would be like,” said Amal Pal, a 38-year-old party member.

His long-time comrades Barun Pal, Rajeshwar Pal and Bankim Pal joined him in the discussion, at a tea stall in Keleghai bus stand. The discussants — none of them went to college — narrated their interpretation of the region’s political history during the discussion that was disrupted by frequent power outages. But as the comrades oblivious of Marx’s theories spoke, they willy-nilly endorsed what the author of the Communist Manifesto wrote more than 170 years ago. “We are faithful to the party for generations, and so we cannot vote elsewhere. But we don’t have supporters as they have deserted us. Frankly speaking, our family members won’t even vote for the Left candidate,” said Rajeshwar.

The crux of the admission was simple: the CPM doesn’t have the “men” though it had a “history” of popular approval in the region.

“My father was a CPM supporter, but I am not,” said a tribal youth, sitting outside a sweet shop in Keshiari Bazar, around 25km from IIT Kharagpur.

The school dropout, a contract labourer in chemical plants in Mumbai, said he migrated to the western part of the country as he is assured of a daily earning of Rs 600. In his home state, his daily earning was barely Rs 150 after putting in 12 to 14 hours on days he could find work.

“I have heard CPM used to fight for poor people, but I haven’t seen any such struggle,” said the youth, in his mid-twenties, who has come down to cast his vote in Sunday’s battle.

The battle in question is for the Medinipur parliamentary seat — earlier called Midnapore — that had sent stalwarts like VK Krishna Menon (as Congress nominee) and Indrajit Gupta (of the CPI) to Parliament. For a berth in the 17th Lok Sabha, the contest is between Manas Bhuniya of the Trinamul and Dilip Ghosh of the BJP. The CPI’s Biplab Bhatta, a Left nominee, is also in the fray. 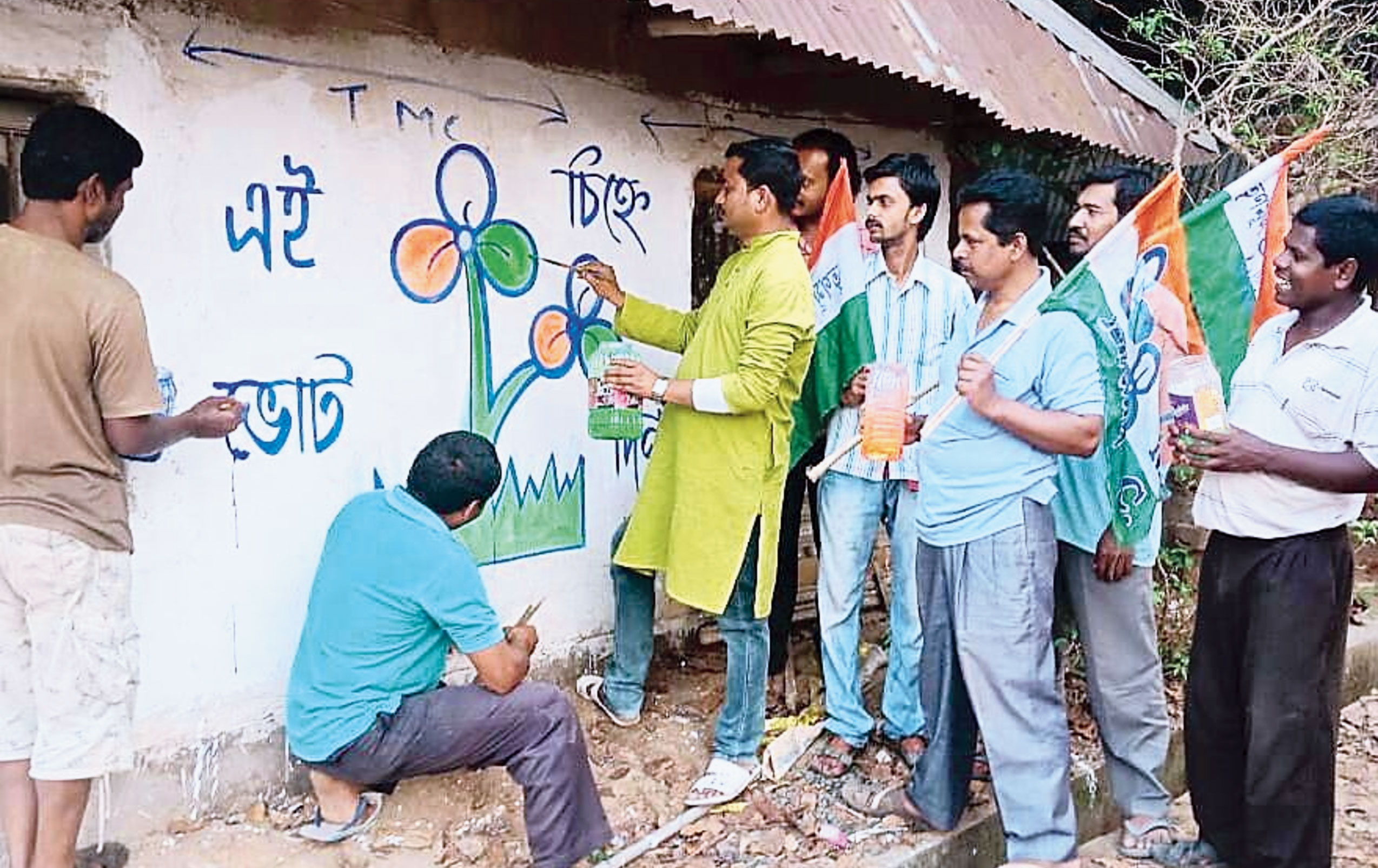 Invoking Marx to predict a contest between Bhuniya and Ghosh for the Medinipur seat may look like using a cannon to kill a mosquito, but the German philosopher-cum-historian-cum-economist-cum-political theorist becomes relevant if the analysis stretches beyond. From anti-colonial struggles in the early twentieth century in what used to be undivided Midnapore to peasant resistance in the post-Independence era, the area has had a history of protests. Organised labour force in the region also made history as Kharagpur led the way during the railways strike in 1974. All these movements had a Left connect, and as the four comrades at the tea stall discussed the past they fondly remembered how all sections of the society — peasants, landless labourers and organised sector workers — were painted red.

Now, however, the flags fluttering at the gate of the CPM office in Narayangarh — an Assembly segment in Midnapore that the party’s state secretary Surjya Kanta Mishra represented from 1982 to 2011 — looked faded, capturing the story of a decline. Four days ahead of the election, the party office wore a deserted look in the afternoon. Inside, a whole-timer from Midnapore town was meticulously noting down some phone numbers while an employee at the office was lying on the floor strewn with campaign materials for Bhatta.

“There is hardly any campaigning for our candidate. But we were all eagerly waiting for Kanhaiya Kumar as we had information that he would come to the Mohanpur area in Dantan Assembly segment after April 29, on completion of the poll process in Begusarai in Bihar,” said Amal at the tea shop.

That meeting never happened, added the dejected comrades, who have contributed Rs 300 each to fund Bhatta’s campaign expenditure. Their involvement in campaigning, however, has been minimal.

“As Left supporters, we see hope in Kanhaiya… We don’t see such hope in anyone here,” chorused the comrades. 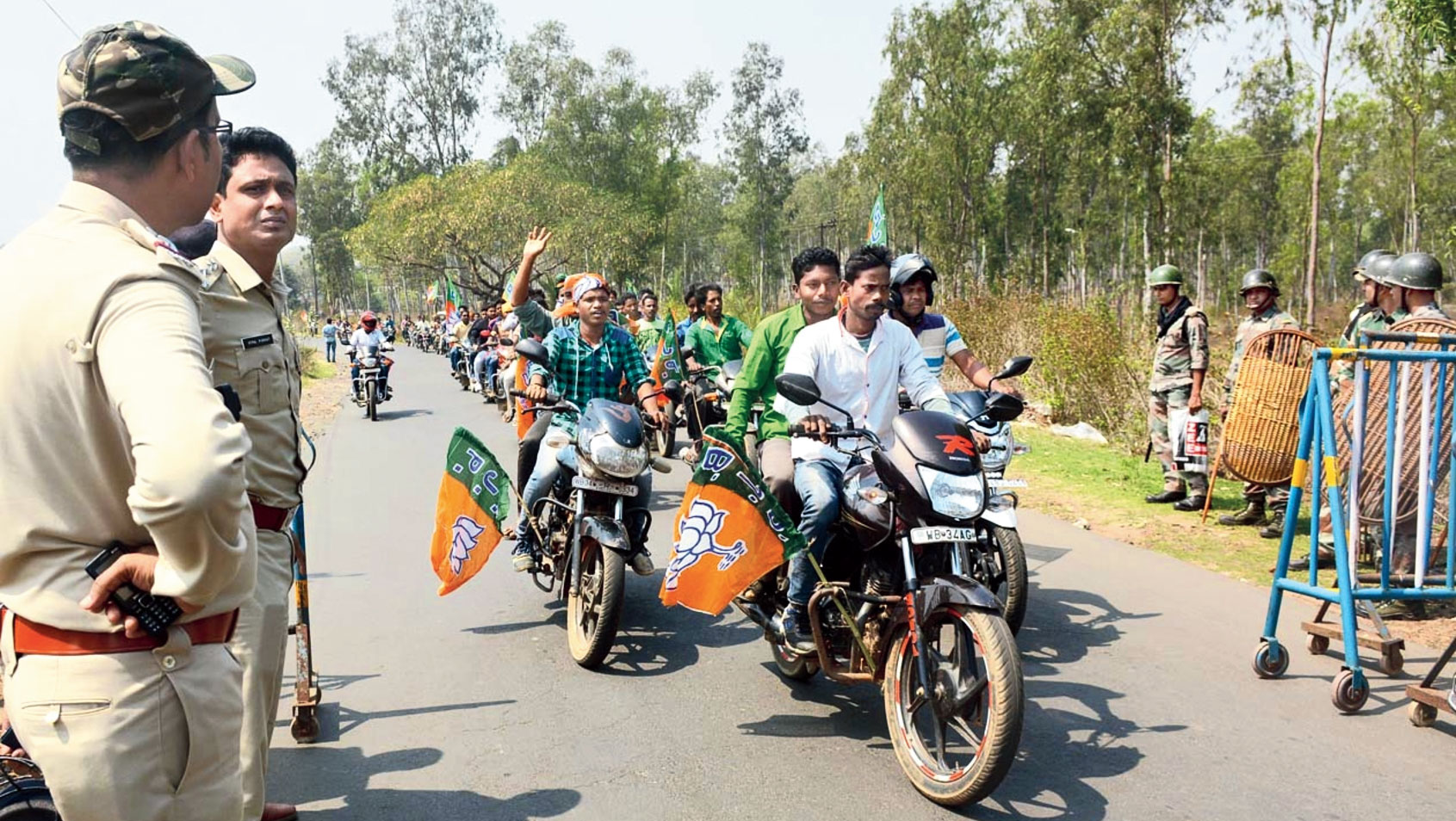 Poll debacles have become a reality for the Left in the district — like elsewhere in the state — since the 2011 Assembly election, when it got nine out of the 21 seats in West Midnapore. The Midnapore seat, a Left bastion since 1980, fell in the 2014 Lok Sabha polls. The outcome was harsher in the next Assembly election in 2016 as the Left tally came down to a naught. In last year’s panchayat election, the Trinamul swept the zilla parishad bagging all the 51 seats and getting over 64 per cent of the vote share. The Left got 11.94 per cent of the polled votes, around 10 percentage point less than the BJP.

Despite the poll reversals, the discussants at the tea stall said that they continued attending all party programmes, including the show-of-strength rallies at the Brigade Parade Grounds.

“No one would organise buses for us. We took a train to reach Calcutta for the rally this February. But the ordinary supporters of our village didn’t go. Most of them have switched to the BJP thinking the saffron party can stop the Trinamul juggernaut,” said Amal, as his comrades nodded in agreement.

Not just at Keleghai bus stand, which is part of Kharagpur Sadar Assembly segment, this narrative has takers in all the six other segments — Kharagpur, Keshiary, Dantan, Narayangarh, Egra and Midnapore — and that’s why the saffron surge is visible in this area along the Bengal-Odisha border.

Three schoolteachers in Belda, on their way back from Kharagpur after attending a training session for Sunday’s polls, explained the political developments — the CPM’s slide and the BJP’s surge.

“Some CPM leaders joined Trinamul after 2011. Then another section went to the BJP. Among those left in the party, some are actively encouraging the supporters to vote for the BJP,” said a schoolteacher, a resident of Mohanpur area in Dantan.

Madan Basu, a district committee member of the CPM, rubbished this suggestion. “This is so absurd,” he said.

Unlike the lettered leader, his humble comrades at the Keleghai bus stand tea stall did not rule out this possibility. “Many people in the party think that our revival would be faster if the BJP surge continues. So, they may be encouraging voters to go with the BJP,” said Amal.

The apparent surge in the BJP support base, however, alone cannot script Ghosh’s victory as the Trinamul has developed a robust organisational structure. Besides, Mamata Banerjee’s policy of doling out benefits has endeared Trinamul to a large section of the society in this backward region with a very high tribal population. That means a tough contest awaits both Ghosh and Bhuniya. And the Left — despite its history of near hegemony — is all set to finish a distant third.

Medinipur votes on May 12