Violence, once it takes root, becomes part of a political culture 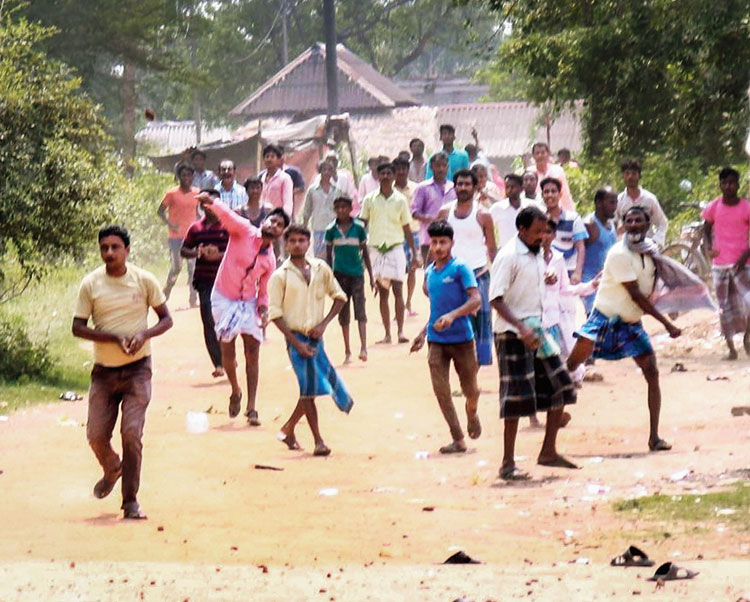 Last week, I was invited to speak at a discussion meeting in Calcutta on the economic revival of West Bengal. Without wanting to be facetious, I quietly pointed out that the first occasion I had encountered this subject was way back in 1972, just after the Congress led by Siddhartha Shankar Ray had routed the Communist Party of India (Marxist) in what was widely considered a flawed election. I suggested that, maybe, three years later we could all get together to observe the 50th anniversary of agonizing over the economic revival of a state which, at least till the mid-1960s, was in the forefront of Indian manufacturing.

The 1972 experience is significant in this context. This was a time when Indira Gandhi was at the pinnacle of her power. Having emerged victorious in the Bangladesh war —after having secured a decisive electoral mandate a year earlier — Mrs Gandhi focused quite sincerely on the pacification of West Bengal, which had been shaken by five years of Left-inspired violence. Those five years had witnessed rural turbulence and massive industrial unrest, leading to the closure of factories and the flight of capital. Parts of Calcutta then resembled war zones and people were afraid of stepping out at night.

The Left, including both the CPI(M) and the Naxalites, were defeated in a brutal manner. The heavy-handed approach, however, enjoyed a large measure of social sanction since it was widely seen as an alternative to total anarchy. However, while the Left was put in its place, the culture of competitive political violence that emerged after the Congress defeat in 1967 became an ingrained feature of life in West Bengal. Between 1972 and 1977, and particularly during the Emergency, the ‘revolutionary’ violence of the Left was replaced by the high-handedness of the Congress. Mamata Banerjee, it is instructive to remember, cut her political teeth in the Congress of those times.

Many of those who played an important role in beating back the Left in the 1970s still play a nominal role in the politics of West Bengal. But they have been overshadowed by a subsequent generations of local politicians who are carbon copies. The details of their high-handedness and the instruments of terror have changed but the approach is firmly intact. Syndicates and tola are relatively new terms for a phenomenon that is marked by continuity.

The most important lesson from the 1972-1977 period is that once violence takes root, it becomes a part of the political culture. This is painfully apparent today. Once Bihar led the way in poll violence. In the 2019 general election, despite the massive deployment of paramilitary forces and a seven-phase election to ensure a conducive environment, West Bengal has disgraced itself before the entire country. And yet, far from expressing remorse over the unending violence, intimidation and electoral malpractices, the pugnacious chief minister of the state has threatened badla after the election process is over. In effect, she has given her foot soldiers a carte blanche to win the election at all cost.

No doubt Mamata Banerjee is anxious to ensure the defeat of Prime Minister Narendra Modi, win all 42 seats in the state, and ensure that the enforced political dominance she managed in last year’s controversial panchayat election becomes institutionalized. At one level, the challenge posed by the Bharatiya Janata Party in West Bengal was never as formidable as the one earlier posed to the Congress by the Left. The BJP’s organizational structures are weak — the party has difficulty posting election agents in all the booths — and its state leadership isn’t terribly inspiring. Unlike the Left that had considerable support among the intellectuals, Hindu nationalism has never been able to recover from the death of Shyama Prasad Mookerjee way back in 1953. Under the circumstances, Banerjee’s no-holds-barred offensive appears something of an overkill.

Actually, it probably isn’t. When the Lok Sabha elections were announced, the only thing the BJP had going for it was the image and reputation of the prime minister, Modi. Like in the rest of India, Modi has a very large body of admirers in West Bengal who are impressed by his energy, determination and single-mindedness. The fallout of the Balakot air strikes on public opinion in the state was also positive, and Banerjee’s opposition was regarded as churlish. Moreover, the Trinamul Congress’s claim of heralding a ‘people’s government’ with, hopefully, Banerjee at the helm was never entirely taken seriously, not even by the TMC’s own supporters.

However, as the election campaign progressed, it became sufficiently clear that it wasn’t merely Modi’s image that was a roadblock in the path of a clean sweep of 42 seats by the TMC. All over the state, there was simmering resentment over the TMC’s astonishing display of muscle power during the panchayat and urban bodies poll. In the course of my travels across Bengal spread over a month, I encountered voters with a simple request: please ensure we can exercise our own vote freely. They were unwilling to enter into other political discussions but the subtext of the innocuous request to permit a free vote was quite clear. It is this sullenness at the record of the TMC that has totally disoriented the chief minister. The rigging in West Bengal hasn’t been indiscriminate. It began in North Bengal, with the attempt to capture a few booths, was refined in the subsequent rounds to ensure booth domination and supervised voting in targeted segments of a Lok Sabha constituency, and was further modified in the final rounds to prevent selected voters (whose loyalties were in doubt) from going to the booths at all. In between, there was an unending spate of petty harassment that included the removal of posters and hoardings and denial of permission to host meetings and land helicopters.

It is difficult to estimate how much difference these electoral malpractices will make to the end outcome. But a rough guess would suggest that the TMC vote has been unfairly boosted by anything between three and five per cent in each constituency. If the coasts end up becoming precariously close, this could be a game changer.

Finally, and unsuspected by observers, this election has revealed a subterranean communal polarization that was not in evidence in earlier years. The Hindu anxiety over its future in the state is still nebulous and disproportionately based on anecdotes, but it is nevertheless real and growing. The need to assert a Hindu identity has been most marked in the steady popularity of the Ram Navami celebrations. Hindu assertion — and not necessarily religious — has also found a symbolic focus in the Jai Shri Ram cry which Banerjee unwittingly popularized as a symbol of protest by describing it as an abuse. I found it very revealing that BJP election meetings in places such as Chinsurah (Hooghly district) and Joynagar (South 24 Parganas) resonated to a cry that was hitherto associated with the Hindi heartland.

To what extent this evolving Hindu identity will influence voting behaviour is still a matter of conjecture. However, if the BJP does end up with a popular vote of more than 30 per cent, it will imply that it has emerged as the largest party of Bengal’s Hindus. The political significance of such a shift should not be underestimated.

Unfortunately, the flip side of this development is that political violence in Bengal will rise exponentially. Hitherto, the TMC had a near-monopoly of aggression. However, an emboldened BJP will be signal for retaliation — some of which was in evidence in this election. Normal politics in Bengal, it would seem, is destined to be distorted by the cult of violence.