History ambushes the best laid plans and projections, so we should enjoy what is given to us while we can 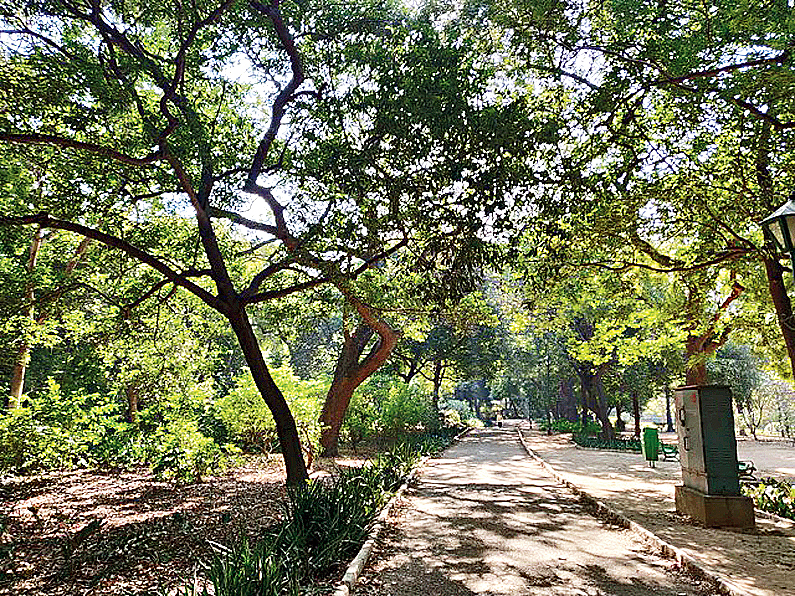 Flying into some cities you are afraid of the taxi-sharks that await you at the airport, in other cities it’s the cut-throats who will steal your luggage or rob you at gunpoint on the highway into town, yet others welcome you with the threat of dread viruses or impending revolution, but in Delhi it’s the air itself that’s prowling around, hunting for newly arrived passengers. This, at least, is what I expect from all that I’ve read in the news and from what local friends have told me. Coming out of the airport I cower, waiting for the first blows of pollution to squeeze my lungs. Nothing happens. It’s normal, good old, mild, early winter Delhi air — the kind of air I’ve never had trouble taking in. The sky, too, is almost blue and the trees are dusty but not overly so. It seems they’ve finished burning the paddy chaff in Haryana and Punjab and the air has cleared just in time for my arrival. I humbly take this as a bonus and re-enter the atmosphere of Planet India.

After a few months away, the traffic and the driving unnerve me as if I was a foreigner; it’s especially bad if you drive yourself and if you’ve been in some country where the driving is semi-civilized; though of late London itself has been edging towards our-part-of-the-world style driving. At some point the kaali-peeli taxi deposits me at the place where I’m staying and I climb out, my right leg throbbing from constantly hitting an imaginary brake all the way from the airport. While my leg aches from muscle stress my eyes are already tired from the political advertising along the roadside.

After the recent hugely successful T.M. Krishna concert, which was held by Aam Aadmi Party’s Delhi government in defiance of the Bharatiya Janata Party trying to shut down musicians who’ve been critical of the Modi regime, questions were raised as to why Manish Sisodia’s face loomed on the backdrop behind T.M. Krishna as he sang. In general, I’m of the opinion that politicians’ faces, especially those of all ruling ministers, should be barred from appearing on government advertisements proclaiming this or that achievement. It is the job of the prime minister or chief minister to initiate and deliver on programmes that benefit the people — elected functionaries should not be allowed to attach their visage, their face-brand as it were, to the adverts proclaiming the completion of projects or launching of schemes because this acts as a force-multiplier at the voting booth, propaganda for this or that political party, and that, too, paid for by our tax rupees. In that sense, it was wrong of Sisodia to try and garner advantage by putting his face on the concert backdrop. However, when I see the carpet-bombing of Narendra Modi’s face on every available surface by the roadside, in every nook and cranny of public space, I realize that the AAP, Arvind Kejriwal and Sisodia have no choice but to play the enemy’s game.

If the BJP deploys the visual ICBMs of Modi’s face all over the country, and the various Opposition parties put up the smaller defensive missiles of the faces of their own leaders, the Congress, of course, has the face of the woman who started this whole genre of self-promotion, or, let’s say, the one who took it to another level. November 19 is Indira Gandhi’s birth anniversary and around this date the newspapers are plastered with photos of the lady. For those of us who remember living through the Emergency, it is a strange double-whammy to be seeing Indira Gandhi’s once dreaded stare on one full-page ad, with the glowering Modi providing the stereophony on the opposite page.

Dwarfing the digestion-churning billboard visuality is Delhi in its full seasonal splendour. As mentioned before, the air and particulate matter are more or less clement, the temperature is pleasantly cool, the sunlight seemingly untainted by farm-smoke or car-exhaust. The full variety of flowers festoon the trees and, if you happen to be in the vicinity of one of the city’s parks or gardens, the bird-calls are clearly audible and equally various. On the pathways between the gulmohars, kikars and banyans, pairs of young lovers walk hand in hand as if they live in a peaceful, merciful world.

Besides talk of the forthcoming elections, the big topic of discussion are the various crossfires of MeToo. Sitting in the bar of the institution where I’m staying, a friend from Mumbai, who has been one of the most articulate women at the forefront of the debate, raps me hard on the knuckles. “I’ve noticed that on your Facebook pages, guys like you only put up stuff about the right-wing men who’ve been called out. Why nothing about those from the so-called liberal Left?” I protest that I’ve been writing about this since the big scandals broke in Goa and Gujarat in late 2013 and that I’ve hardly spared ‘our side’ or even men with whom I was once quite friendly. I also point out that the first spate of people who were called out were all from the Left-liberal sector, academics, journalists, writers and such-like, with the right-wing transgressors only coming into the spotlight recently. My friend snorts, unconvinced. I excuse myself and go out to the lawn to have a cigarette. There I find myself face to face with one of the older well-known Left liberals who has been recently accused of sexual harassment. I nod to him out of automatic courtesy and he asks my name. We begin to chat and he tells me, “They couldn’t find any financial misdemeanour on my part so this is how they choose to attack me. This is an attempt to silence me because I’m critical of the regime.” I politely ask if the woman who is accusing him is from the right-wing and he replies, “No, but I think she is being used.” After a while I steer the conversation to national politics and the Lok Sabha elections, the area of the man’s expertise. “A wave you can see on the surface but an undercurrent you can’t see,” he says. “I’m sensing a huge undercurrent that is not yet visible and I think it will unseat these people.”

The next day, at a dinner, the talk circles around how Narendra Modi and Amit Shah might avoid the Lok Sabha elections taking place. The favourite theory is that some internal or external emergency would be declared just a few weeks before the elections, all rights would be suspended, all Opposition jailed or silenced. I think of the double spread of Indira Gandhi and Narendra Modi and shudder. In the guesswork, the predictions are that it will be some concocted war with our western neighbour rather than an internal Emergency à la Indira-Sanjay. A couple of nights later, I run this theory past a man who specializes in defence studies. “They won’t be able to do that so easily,” he says. “Pakistan is not interested in playing that game with us.” I point out that if we have Modi as prime minister then Pakistan now has Imran Khan. The expert shakes his head. “Imran is irrelevant, it’s the generals who matter and this Bajwa chap is no fool. There will be no war.” I leave the conversation hoping our defence expert is correct.

To appropriate John Lennon, history is what happens while you’re busy making other predictions. History has the omnipotent ability, as also the tendency, to ambush and destroy the best laid projections, analyses and plans with something completely unexpected. In terms of undercurrents and upheavals, in this November-time Delhi it is easy to see perhaps three overlapping churnings: the simmering discontent against the brutalization of our society that we have seen since May 2014 when this government came to power; the curtain being unevenly but unmistakably lowered on millennia-old male privilege; the tipping point of environmental collapse which challenges our very ability to breathe and survive, a punctuation of a period that is far longer than five years or three millennia. Even as we watch the ebb and flow between these three currents, even as we try and protect ourselves from the short-circuits between these three electrical systems, no doubt there is a fourth or fifth thing, or some unforeseen combination waiting to spring on us. Smelling the night air redolent with raat ki raani the thought comes that it’s best to enjoy what is given to us while we can.

The government is destroying art by politicising it