On metropolitan hegemony in the sphere of ideas 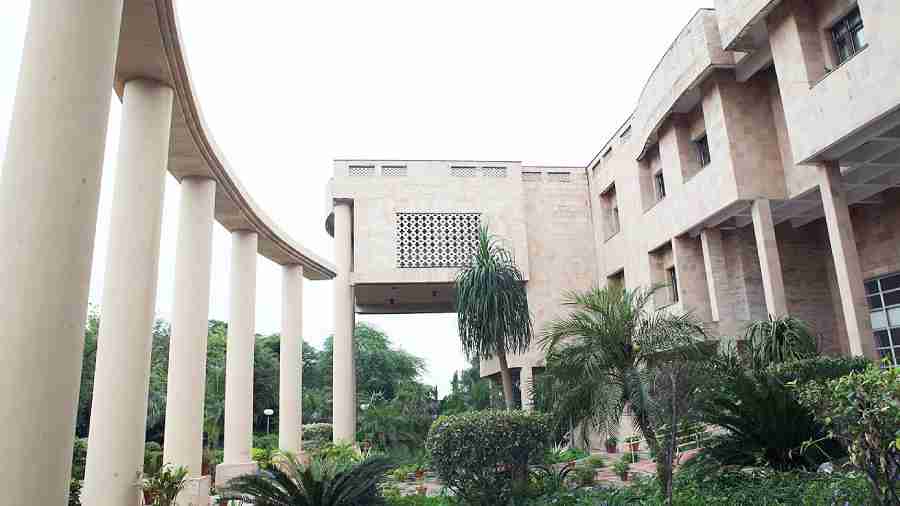 In the 1960s, when I was an undergraduate student, the standard of teaching in many institutions in Delhi and Calcutta was among the best in the world; but that did not make our education system of that time a truly worthy one. Our institutions only gave students in an extraordinarily lucid form what was ‘accepted knowledge’ in the advanced countries, or what I call the metropolis; they did not make students question this knowledge, and, even if some did, these institutions hardly provided an ambience for them to develop such questions into critical research work.

Research generally happened abroad; and, since metropolitan institutions have their own areas of interest, their research topics usually belonged to these areas, which meant the imposition of a kind of conformism on Indian students enrolled there who, no doubt, often made brilliant technical contributions. Indian educational institutions, like those in the rest of the third world, did not become an alternative source of knowledge. Knowledge was what the metropolis told us. Metropolitan hegemony in the sphere of ideas continued, notwithstanding political independence in the third world.

The worth of an education system in a country like ours is thus determined not so much by the quality of B.A. and M.A. teaching but by the quantity, quality and independence of the research-work undertaken. An education system that makes its best products migrate to metropolitan universities for research, that has institutions which are only ‘feeder’ institutions for metropolitan universities, can hardly be called worthy; and by this criterion, our education system in the Sixties was woefully inadequate. In most universities those days, even in reputed departments, there would be perhaps one or two Ph.D theses per year; and that setting was not conducive for research.

Matters improved in the Seventies. Several Central universities came up, including my own, Jawaharlal Nehru University, that focussed on research, generally shunning B.A. (but not M.A.) teaching. Likewise, the Indian Council of Social Science Research, in collaboration with state governments, set up centres all over the country with research as their focus. These centres have often been justly criticised for their primary devotion to research work, to the exclusion of teaching; but none can dispute the absolute essentiality of research work.

An atmosphere thus got created for research within the country. It yielded rich dividends: in JNU, for instance, there was a steady stream of good quality doctoral dissertations, about half a dozen each year even in smaller departments. In modern Indian history, an alternative to the colonial narrative was developed; the colonial division of Indian history into Hindu, Muslim and British periods was effectively challenged by the alternative periodization into ancient, medieval and modern. In economics likewise, an alternative to the dominant narrative began to develop.

This independence was confirmed by an ironic incident. A student from the London School of Economics, wishing to work on Keynesian economics, sought admission to our Ph.D. programme; when asked why he wanted to come to JNU to research on a topic that was not directly India-related, his reply was interesting. His London supervisor had told him that the economics of Keynes and Kalecki (with its conclusion that capitalism was not a self-equilibrating system) was taught in Delhi, even as it had become unfashionable in the metropolis and dropped from syllabi!

Despite myriad shortcomings, this was an admirable effort at intellectual decolonization, but it is being abandoned now, a process that started under the United Progressive Alliance government as an intellectual fall-out of neoliberalism. Besides, most of the political class in India had never understood the necessity or the significance of intellectual decolonization anyway. This was evident from its periodic lamentations that very few Indian universities found a place in the top hundred universities of the world as listed by several metropolitan agencies, little realizing that an obsession with such lists was itself the symptom of a colonized mind.

The National Democratic Alliance government has carried this abandoning of intellectual decolonization much further since it combines the neoliberal preference for intellectual uniformity around the metropolitan narrative with the Hindutva fear of any intellectual independence in our universities; but without such independence, there can be no freedom from the hegemony of the metropolitan narrative. It has almost destroyed most of the outstanding centres that had been built up earlier, including JNU; and like its predecessor but to a far greater extent, it has favoured the privatization of higher education, which undermines intellectual decolonization.

The argument against privatization is generally on two grounds: its exclusion of the poor, and its conversion of education into a commodity. An implication of such commoditization that is often missed, however, is the conversion of education into a domain where a uniform discourse prevails; and this necessarily means the discourse emanating from the metropolis. Privatization thus means an end to any attempt at intellectual decolonization.

The National Education Policy of this government gives an official imprimatur to this effort. With its preference for homogenization of syllabi and course-contents between Indian universities and major metropolitan ones, it has, in effect, officially proclaimed that there is no such thing as colonization of the mind, even as by this measure it demonstrates precisely its submission to such colonization.