Cuba: A long war and a short film 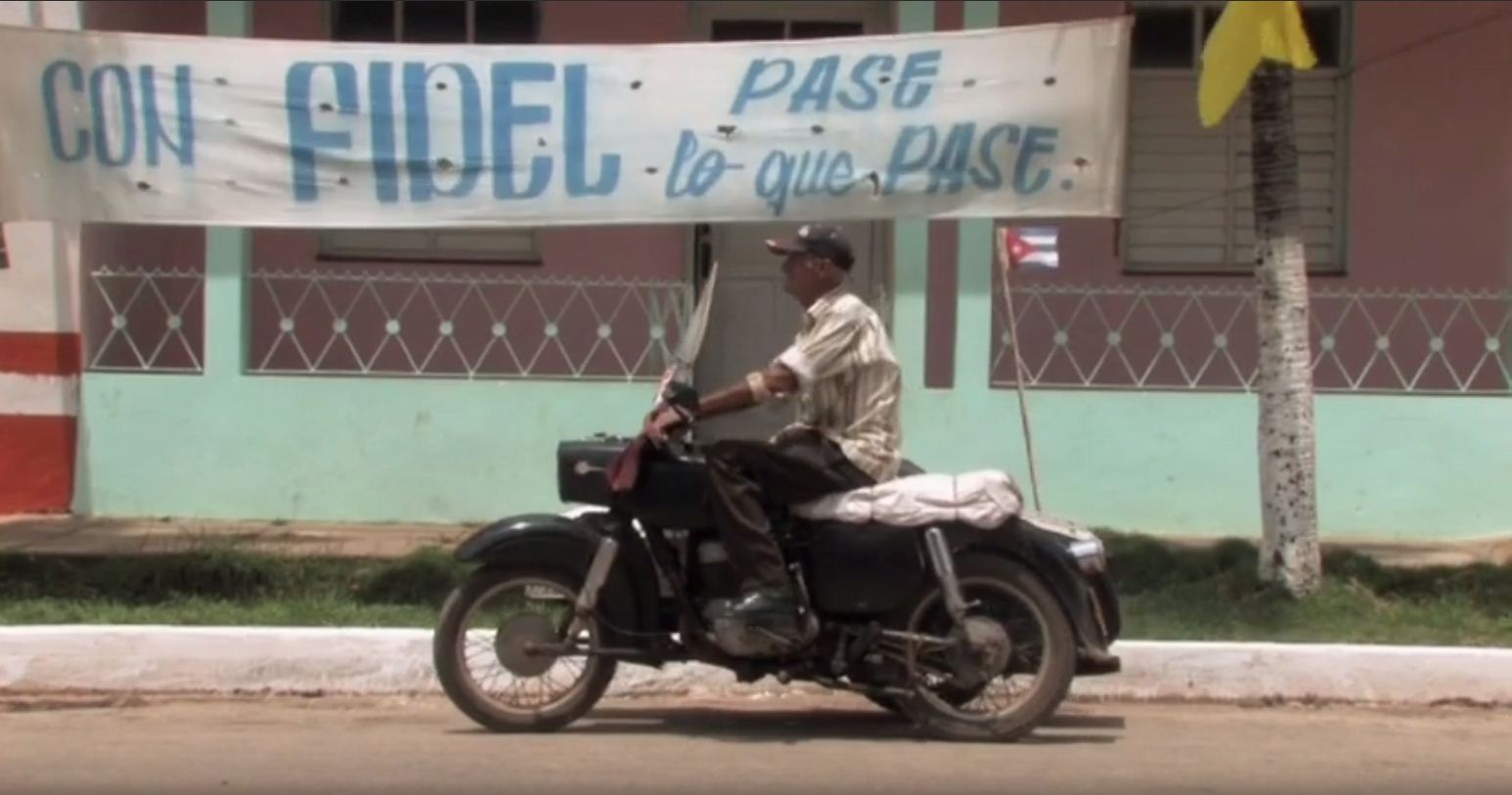 Making common cause with the idea that nothing is more precious than independence to a people like the Cubans, placed as they are in the midst of a revolutionary process, Serbian documentarist Goran Radovanovic calls his fifty-minute colour film 'With Fidel, Whatever Happens'
YouTube / GuideDoc
Vidyarthy Chatterjee   |   Published 16.10.19, 08:15 PM

On February 7, 1962, the United States of America imposed a trade and economic embargo on Cuba, which continues to this day. Deeply offended at the existence of the ‘communist menace’ just 90 miles off the coast of Florida, the US thought up the embargo, hoping that it would crush the small Caribbean nation. As a result of the embargo, Cuba has had to suffer shortages in food, medicine, heavy vehicles and machinery but it has refused to go down on its knees. What has added to Cuba’s resolve to not give in is the international opposition to the blockade. As a British commentator put it: “Every autumn, like clockwork, the vast majority of nations overwhelmingly back a resolution condemning the embargo. In November 2011, 186 countries opposed the embargo with only Israel joining the USA.”

Each time the world gives a thumbs down to the US’s ceaseless efforts to destabilize the Cuban polity — they began with the presidency of Dwight D. Eisenhower and were pursued even more vigorously by John F. Kennedy — the gesture is read by Cubans as a vindication of the vision of its 19th-century poet-hero, José Martí, who died in the battle for Cuban independence from Spain in 1895. It was Martí’s home-grown vision of wresting sovereignty and achieving self-sufficiency at any cost that led to the triumph of the Revolution on New Year’s Day, 1959.

There have been many cinematic responses to the economic sanctions. As recently as 2011, the reputed Serbian documentarist, Goran Radovanovic, came up with a beautiful and intense journey into the soul and spirit of the beleaguered nation. Making common cause with the idea that nothing is more precious than independence to a people like the Cubans, placed as they are in the midst of a revolutionary process, Radovanovic calls his fifty-minute colour film, With Fidel, Whatever Happens.

The film is situated in Sierra Maestra, a settlement 850 kilometres east of Havana. The director chooses the day before the celebration of the fifty-second anniversary of the Revolution to tell his story of resistance and attempted recovery. The characters chosen from the crowd to chronicle the ongoing story of the Revolution are deeply involved in what they are doing. An old man is shown repairing a motorcycle that had seen its best days many summers ago; a young dentist makes his way to a clinic in a remote mountain area after considerable physical hardship to keep an appointment with his patients, one of whom is named Vladimir Ilich Rodriguez; finally, there is the middle-aged married couple, who share their telephone on a daily basis with their neighbours who don’t have one, perhaps in memory of a loved one.

These stories of comradeship can be read as an attempt to understand how and why the uprising, culminating in the victory of 1959, has survived to this day, complete with minor hiccups and major setbacks as well as recoveries and renewals. Radovanovic says, “The fate of these people (like the old man, the dentist, and the couple) and many other inhabitants of Sierra Maestra, are depicted on a day of ideological ecstasy… And the following day? The next day, driven by inertia, they all return to the rhythm of everyday life which is the same and is not very promising. Everyone is aware of that. Even the bullhorns that constantly blast out ideological slogans that are 52 years old… But the Revolution continues…”

The images in the film tell tales of destitution and decay, but they also speak of defiance; of a resolute will to pick up the bits and pieces and continue the journey. Nothing seems to work — public transport is in a ramshackle condition, food is scarce and expensive — but the nation refuses to grind to a halt. Cuba’s schools, hospitals, recreation centres keep moving slowly, falteringly, towards a desired destination that may take a few more generations to reach. With humour, a little sadness, a touch of anger, and much hope and patience, Cubans are walking the path to fulfilment.

It will not do to forget that Cuba is fighting the longest war in the history of mankind. For the past six decades, every day has been a day of bitter conflict between a clever and brave beetle and a rogue elephantine aggressor, the little insect manoeuvring countless ingenious and statesmanlike ways so as not to get crushed underfoot. True, bullets have not been flying in this war, but even more sinister weapons have been let loose aimed at the jugular of the little island.

It may sound bizarre but it seems as if more than one film-maker has used the medium to bring out the ‘beneficial effects’ of a seemingly endless war. If Washington had not been desperate for so long to destabilize the communist regime in Havana, the Cuban people would have never known the lengths to which they could go to preserve the gains of the Revolution.

Radovanovic offers us glimpses of ordinary lives informed by both tenderness and tension, the latter a fall out of a relentless quest for an alternative model of human growth and existence where individual self-worth and national sovereignty are more important than the acquisition of creature comforts.