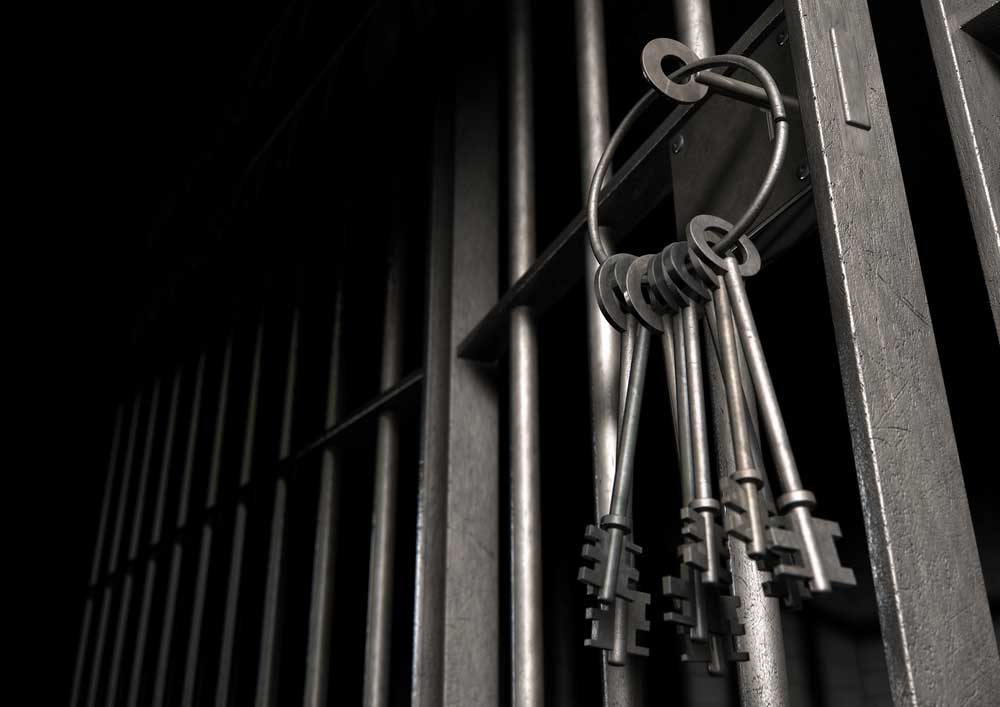 This is a health crisis of unprecedented magnitude and prisons can act as incubators and help spread the infection. Prison authorities must act immediately to prevent the virus from entering prisons.
(Shutterstock)
Smita Chakraburtty   |     |   Published 05.04.20, 06:37 PM

A riot broke out in a prison in Bengal when panic-stricken prisoners demanded bail from the authorities apparently fearing the spread of the coronavirus. Tall prison walls cannot prevent a pandemic from entering jails. Prisons are dreadfully overcrowded and acutely understaffed. This means that in case of an outbreak inside a prison, the contagion will not only spread quickly among prisoners and staff but it will also be difficult to contain it because of the lack of resources and manpower. The view that there is no scope of a virus outbreak inside prisons because they are segregated spaces is erroneous. On any given day, hundreds of prison staff and inmates move in and out of jails, aggravating the risk of affecting the general population.

The Supreme Court has asked the states to inform what measures are being taken to prevent the spread of the coronavirus inside overcrowded prisons. Crowded prisons are endemic to the Indian system, the national average being 150 per cent. Some prisons have even recorded 400 per cent overcrowding. Overcrowding compromises health, hygiene and sanitation standards inside prisons. Cramped quarters mean that there is not enough space to maintain sufficient physical distance between two inmates.

Barracks remain under lock-up for around 15 hours a day. During the lock-up period, prisoners have to use toilets situated inside barracks. These toilets often do not have running water and remain clogged with faecal sludge deposit. Clean drinking water is also scarce. These unhygienic conditions lead to diminished immunity among prisoners. Prisons also have large populations of elderly inmates who are more vulnerable to infections.

Coronavirus: Congested prisons across India to release prisoners on parole

Locked up: No masks, sanitiser as virus spreads behind bars

The World Health Organization has stated that Covid-19 can be transmitted under all conditions, including hot and humid weather. There is thus no reason to think that since prisons are hot and humid, the virus cannot spread inside. Prisoners are in custody. They cannot take such preventive measures as washing hands, wearing masks or avoiding large gatherings. They are at the mercy of the prison administration.

The authorities must take some preventive steps. Prison staff and prisoners need to be made aware of preventive measures and hygiene practices. Disinfection processes and the cleaning of toilets must be undertaken immediately. These practices must be extended to courts and police lock-ups too. Inmates, staff or policemen showing symptoms of the disease must be segregated. Undertrial prisoners must be separated from convicts because UTPs have to be produced in courts. The production of prisoners in courts can be done via video-conferencing or suspended till the pandemic subsides. Visitors and food brought for inmates from outside should be disallowed temporarily and sufficient water provided inside barracks during lock-up periods to facilitate personal hygiene.

Convicted prisoners may be granted special/emergency parole under such extraordinary circumstances. The shifting of prisoners to an open prison is also advisable. West Bengal needs many more open prisons since there is evidence to suggest that these institutions are a cost-effective and humane alternative. The release of such prisoners may also be contemplated since the threat of Covid-19 looms large at the moment. Prisoners who have successfully completed parole on previous occasions and the residents of open prisons may be granted parole.

A coronavirus outbreak inside prisons is the last thing that we need. This is a health crisis of unprecedented magnitude and prisons can act as incubators and help spread the infection. Prison authorities must act immediately to prevent the virus from entering prisons.