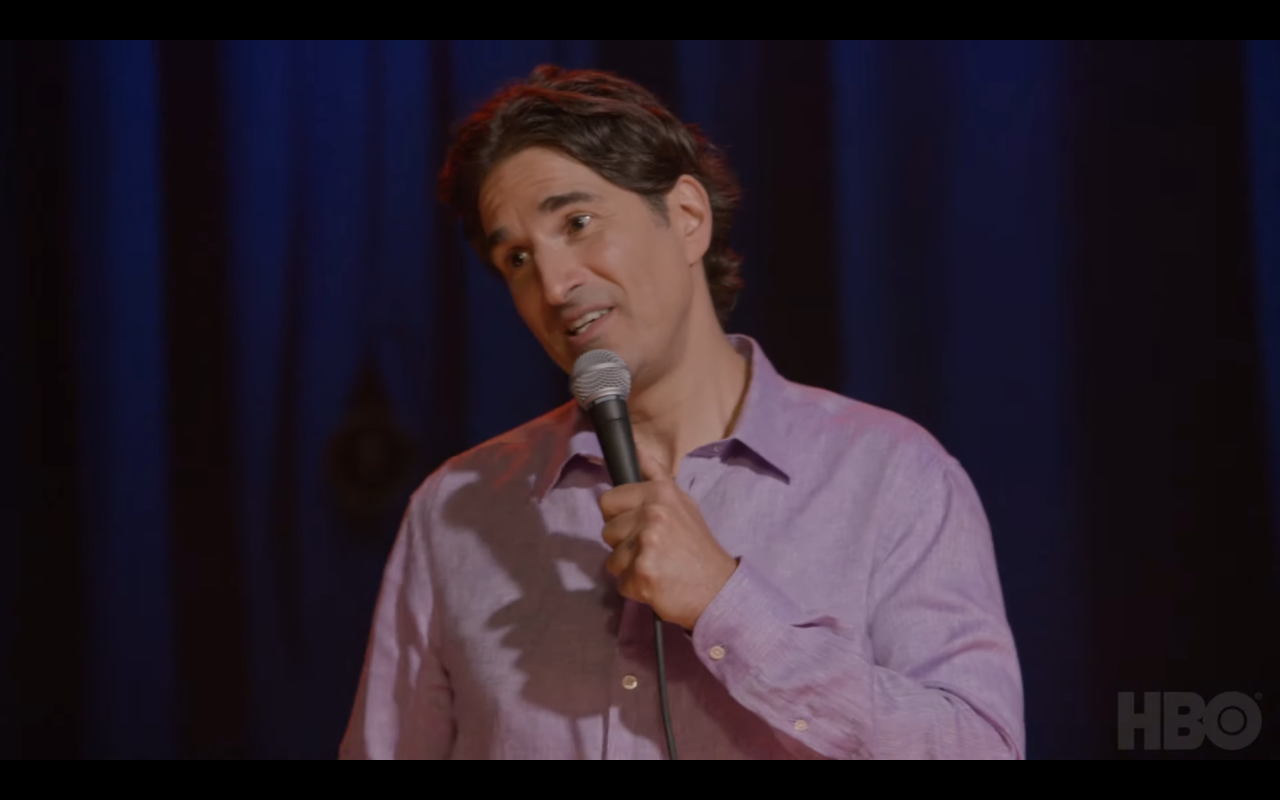 A still from the official trailer of "Gary Gulman: The Great Depresh". His act is a tacit rebuke of the lacquered fakery of our Instagrammed, brand-conscious lives
HBO on YouTube
Jennifer Senior / New York Times News Service   |     |   Published 19.11.19, 07:08 PM

If I were a comedy obsessive, I would already have known about the sneaky genius of Gary Gulman. He’s got a devoted following, a winning smile, a corkscrew imagination; in 2016, when he did a six-minute bit on “Conan” about how the states got their two-letter abbreviations, it became a viral sensation, pure catnip for nerds.

But what I wouldn’t have known about Gulman — because he kept it so well hidden — was that he’d spent the bulk of his life trying to subdue an intractable melancholy. His recent HBO special, “The Great Depresh,” joins a growing family of stand-up performances about mental suffering. (See Chris Gethard’s “Career Suicide” if you want another, or Hannah Gadsby’s “Nanette”.) Gulman is unsparing with the details: In 2017, he suffered an episode of major depression so crippling he checked himself into the hospital for electroconvulsive therapy. It meant canceling months’ worth of engagements.

Today, Gulman is “in remish,” as he likes to say, and he’s made that depressive episode the centerpiece of his act, demystifying incapacitating gloominess with sunny and wicked abandon. What popped out wasn’t any one line, though there were many. (Especially devastating: When he channels friends who question whether antidepressants are worth the potential side effects, like impotence. “Oh yes. I was having so much sex in the fetal position.”) What stood out instead was a persistent theme: There was a huge gulf between the Gary Gulman almost everyone saw and the person he knew himself to be.

He describes his adolescent body, an imposing 6-foot-6, as a “man costume” belying a gentle boy who preferred to read. When a storied coach from Boston College came to his house his senior year to recruit him for football — “you have an NFL body,” he told him — Gulman had to stifle the urge to reply, “No more than 10 feet from here, I have a blankie.”

After his hospitalization, he got an invitation to attend his 25th college reunion. He dreaded the prospect of going. “I was so sick of lying about how I felt to make other people feel less uncomfortable around me,” he explains. “People lie at their reunions even if they’re doing well.”

This observation should ring true to almost any functional depressive. It’s work to seem fine. If you’re just well enough to drag yourself to your place of employment (your thoughts still a sound cloud of distress, but the volume on low), or if your depression takes the form more of an itchy sweater than a leaden dentist’s apron (which is to say, anxiety), you are forever and always performing your okayness. Every depressed person has a clandestine self.

I know a thing or two about this. I’ve always wandered through the world nerves first. My anxiety can shatter stones, spook ghosts, freak out a cup of coffee. I jazz-hands my way through it.

In “The Presentation of Self in Everyday Life,” sociologist Erving Goffman made the distinction between our “front stage” behaviours — in which we’re performing for a particular audience, always conscious of being observed — and our backstage ones, when we peel off the mask.

Today, we’re front-stage in so many ways and across so many platforms that it’s utterly exhausting. We perform the just-right kind of politics. (See my latest tweet about the latest outrage!) We perform our perfect vacations and Tuesday night cocktails. (Look at my Instagram, and note that you, dear follower, were not invited to those cocktails!) We perform our brilliant professional identities, networking and hustling during hours once devoted to relaxation.

Built into any front-stage setting is the expectation that we’ll project happiness, confidence, success.

Depression is, by definition, a backstage emotion. It’s private, idiosyncratic, isolating. Those comedians who’ve elected to discuss it are still giving performances, ultimately, working off careful scripts and landing their punch lines; they aren’t climbing onstage and actually being depressed for us.

You could argue that comedians have long made art out of their pain. The sad clown, the angry comic — it’s basically a cliché. But the crop of comedians making these specials aren’t just using their melancholy as invisible fuel for their art. It’s the end product too, the material itself. They’ve made it audible, shareable, knowable. Visible.

Some are discussing it in non-comedy contexts. At roughly the same time Gulman’s special appeared last month on television, the documentary short “Laughing Matters” appeared online, featuring nearly a dozen comics discussing their experiences with anxiety and depression. Among them are Sarah Silverman, Rainn Wilson and Wayne Brady.

Gulman’s special also contains any number of scenes offstage — in his childhood home, in his apartment, in his psychiatrist’s office — as if to show us: This is what I’m like when I’m not converting suffering into comic expression. At one point, his wife confesses she wasn’t sure if he was ever going to get better.

“I think people are sick of everyone promoting their best selves,” Gulman, 49, told me in a phone interview, adding that he was lucky to be among a generation of comics who could speak freely about their imperfect, struggling selves instead. That was hardly true when he was watching comedy as a kid. “I mean, comedians were always self-deprecating, but even Rodney Dangerfield’s self-deprecation was so clearly a lie. He’s saying he doesn’t get any respect, but he’s hosting an HBO show. Everyone admired him, was in awe of him.”

Gulman built his act slowly, first dedicating only 15 minutes to his depression at the very end of his set. “I felt I’d given everyone enough pure jokes and entertainment to earn those 15 minutes,” he explained. “And people came up to me afterward. They were just so grateful for that portion, so appreciative. It led me to believe they were thirsty for it.”

And there is a thirst. When I first reached Gulman, I mentioned that his fans, old and new, must have lately turned him into their confessor, sharing with him their private worries and sorrows. I couldn’t imagine the burden of being in such a position. Yet as we were chatting, I found myself doing precisely that — peeling off my reporter’s mask and sharing stories of my own, pointing out where I’d identified with him, seconding his observations.

Those undisclosed selves: They really do long to be seen and heard.

There are always signs before someone commits suicide