Advertisement
Home / Opinion / Has the BJP struck more matches than it can count in the northeast?

Has the BJP struck more matches than it can count in the northeast?

Refuge cannot be granted on the basis of a sectarian agenda, shutting the door on one faith while welcoming others 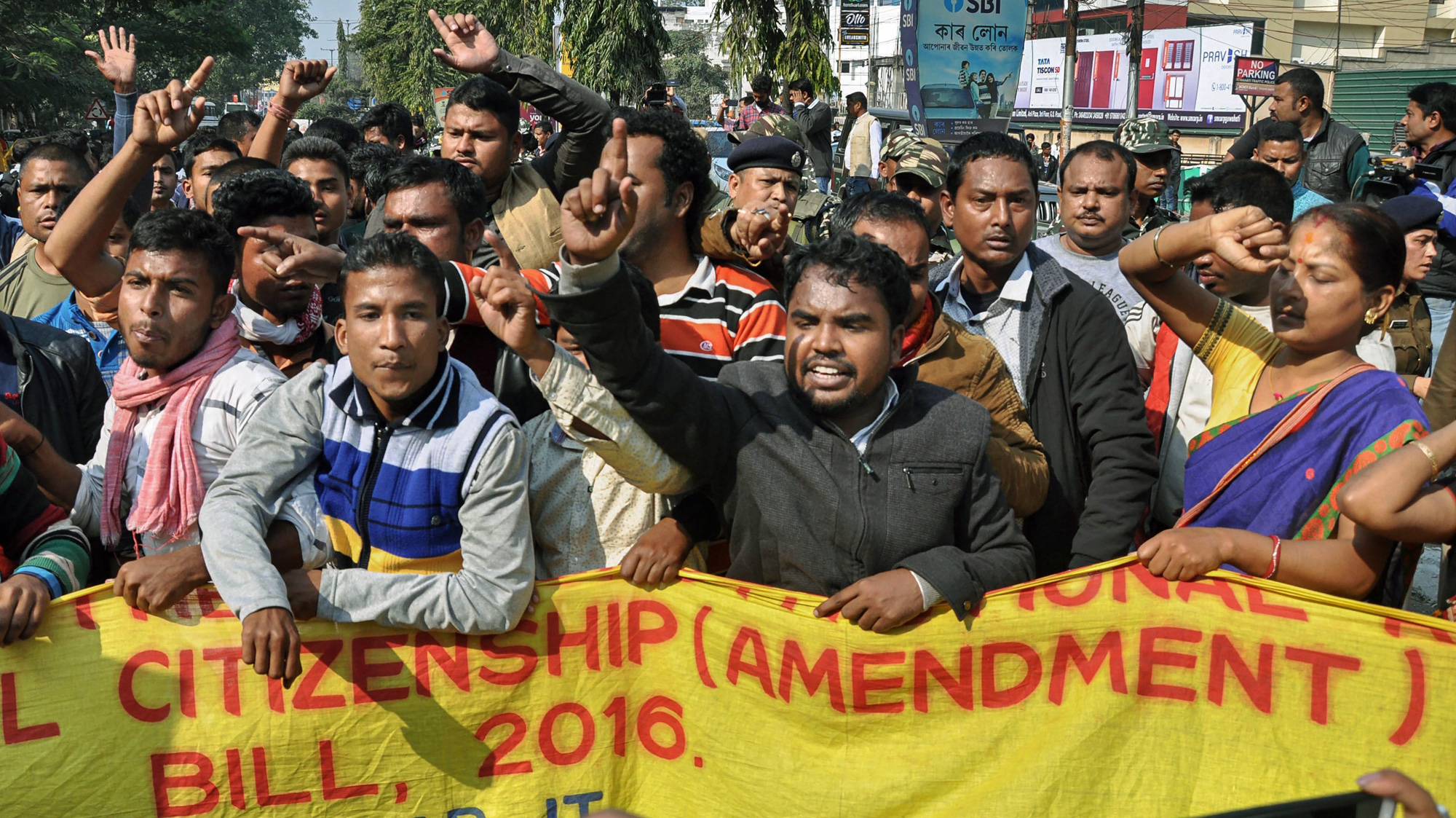 Protesters in front of the Assam Secretariat demonstrate against the Citizenship (Amendment) Bill, 2016, in Guwahati on Wednesday, January 9
PTI
The Editorial Board   |   Published 11.01.19, 03:23 AM

Not all fires are natural; some are lit because of political imperatives. The unrest that was witnessed in Assam and some other parts of the Northeast after the passage of the citizenship (amendment) bill in the Lok Sabha reaffirms this suspicion. The bill, endorsed enthusiastically by the Bharatiya Janata Party that is in power at the Centre and in that state, seeks to grant citizenship to six persecuted faiths — Muslims are the only exception — who came to India before December 31, 2014, fleeing three neighbouring countries. Even though the legislation is not confined to Assam, it can be argued that the political consequences of the bill would be felt most keenly in this state. This is because Assam, on account of the quirks of history, has had to cope with several bouts of migration, especially from Bangladesh. The BJP’s game plan in Assam has been to politically exploit the collective anxiety concerning unchecked migration. The party says, characteristically, that it is committed to protecting the state from being swamped by settlers belonging to a particular faith. But Assam seems to have seen through this divisive game. The Asom Gana Parishad, whose foundation can be traced back to the anti-foreigner agitation, has parted ways with the National Democratic Alliance government because of its bitter opposition to the bill. The AGP, along with those constituencies that claim to defend the Assamese identity, refuses to view migration through the prism of religion: they are opposed to illegal settlers irrespective of faith and contend, not without reason, that the citizenship bill violates the assurances of the Assam Accord. The latter seeks to strip the citizenship of those who came to the state after March 24, 1971.

What has caused further fragmentation in the Assamese landscape is Barak Valley’s enthusiasm for the citizenship bill, which is being held out as a shield against the National Register of Citizens. The BJP can take credit for this simmering fissure too. The question of migration, given its complexity, must be resolved on the basis of the consensus of all stakeholders. But the BJP — is it not in a hurry to leave a political imprint in every corner of India? — cannot be expected to be patient with such matters. It would rather scorch the territory it has set its eyes upon. But then haste can feed flames. Each northeastern state has had its own tryst with migration and the resultant threat to indigenous rights. The Meghalaya Democratic Alliance, Nagaland’s ruling Democratic Alliance and the Mizo National Front in Mizoram, all of them allies of the BJP, have expressed reservations against the bill. Is it possible that the BJP has struck more matches than it can count in this strategic region?

The ethical ground is as slippery as the political terrain. The principle of accommodating persecuted communities is welcome, even though the resultant challenges on a developing economy may be considerable. But refuge cannot be granted on the basis of a sectarian agenda, shutting the door on one faith while welcoming others. New India, under the BJP, is being forged on the idea of exclusion.