China: claims, intrusions in Ladakh, Sikkim, Bhutan and the NER

Part 1: The 2005 meeting between Wen Jiabao and Manmohan Singh was a turning point 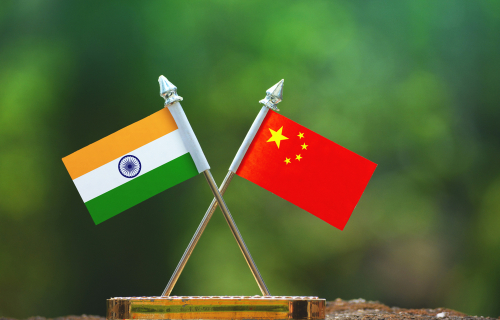 As China herself has now largely recovered from the pandemic, her foreign policy is now aggressive aimed at enforcing her claims and punishing those she believes oppose her
Shutterstock
Lt Gen J.R. Mukherjee, PVSM, AVSM, VSM (Retd)   |     |   Published 31.07.20, 11:25 AM

Chinese policymakers seek to restore China’s “Middle Kingdom” status and accomplish five specific objectives: economic growth and development, reassurance, countering constraints, resource diversification and reducing Taiwan’s international space. China’s ambitions are to be “the superpower”. China feels the US, West and their allies, including India and Japan, are trying to constrain these ambitions which she finds unacceptable. Amalgamation of Taiwan and securing her seaboard, ensuring security of buffer regions of Tibet, Xinjiang and Mongolia and her sea routes, in addition to strategic energy sources and minerals are “core interests”. She also has to ensure internal security of her people.

The coronavirus pandemic that originated in Wuhan and spread to the entire world with disastrous effect has drawn widespread international condemnation. As China herself has now largely recovered from the pandemic, her foreign policy is now aggressive aimed at enforcing her claims and punishing those she believes oppose her.

India’s northern/eastern border with China/Tibet is about 4000km long, and large parts of the border areas are claimed/in occupation illegally by China. Prior to the 1962 war China illegally seized and occupied Aksai Chin, an area of about 38,000sqkm. Pakistan also illegally ceded about 5,180 sq km to the Chinese through an agreement on March 2, 1963. She also claims large areas in eastern Ladakh.

The dispute in Ladakh dates back to Chinese forcible occupation of Tibet and Xingjiang from 1949 onwards and to a letter from Chou en Lai to Pandit Nehru in 1959 wherein the Chinese claimed Aksai Chin and which they had already occupied. In 1962, they advanced up to other areas and claimed, including a major part of the Pangong Tso, part of Galwan Valley, areas near the Depsang Plains, Chumar, Hot Springs. Demchok, Daulat Beg Oldie and a few other areas. The limit of these claimed areas were then called the Line of Actual Control (LAC), about 1597km long in Ladakh. The Chinese are now saying that the whole of Ladakh is also theirs. All these claims are preposterous as none of them is supported by facts.

The Tibetan government in exile counter the Chinese claims stating they were a totally independent state since 1913. There was never any structured Chinese rule or formal suzerainty over Tibet. In 1914, the Tibetan government signed the Simla Accord with the British rulers of India, demarcating the border and called it the Macmohan Line, which is what is claimed by India being the inheriting state from the British.

The Chinese also differ from Indian interpretation of the alignment of the Macmohan Line as it has only been delineated on a large-scale map. Further, while India interprets the LAC to be based on areas physically held by the opposing forces of India and China, the Chinese interpretation appears to be related to their interpretation of the alignment of the Macmohan Line from a letter of Chou En Lai to Pandit Nehru wherein he refers to forward location of troops of both sides as in 1959. The LAC is again referred to in the Colombo Proposals of December 1962. This now needs to be specified by them in concrete geographical terms and an understanding between both governments reached, as this is the initial issue of dispute. If the above presumptions are correct, the following areas of further dispute emerge in the Eastern Sector:

China has also made specific claims based on past direct Tibetan control, over these areas:

Notwithstanding all the above, China was in 1959, and even till as late as the 1980s, prepared to do a swap of their Western Claimed Area of Aksai Chin with the claimed area of Arunachal to resolve the dispute – this was not agreed to by the Indian government. Thereafter, a series of meetings between officials of both countries were held with no worthwhile results. However, consequent to meetings between the heads of state of both countries, several treaties related to ensuring peace and tranquillity have been signed, starting with the Border Peace and Tranquillity Agreement in 1993 and the last one in 2005. Relations actually improved in 2003-04 when it was felt a resolution of the dispute was in sight. In 2005, the meeting between Wen Jiabao and Manmohan Singh was seen as a turning point in relations wherein it was agreed to resolve the border dispute without displacing settled populations.