Advertisement
Home / Opinion / Chagrin and admiration for the 'youngsters of today'

Chagrin and admiration for the 'youngsters of today'

This generation faces a progressively accelerated pace of change, and it is difficult to fathom how they remain sane 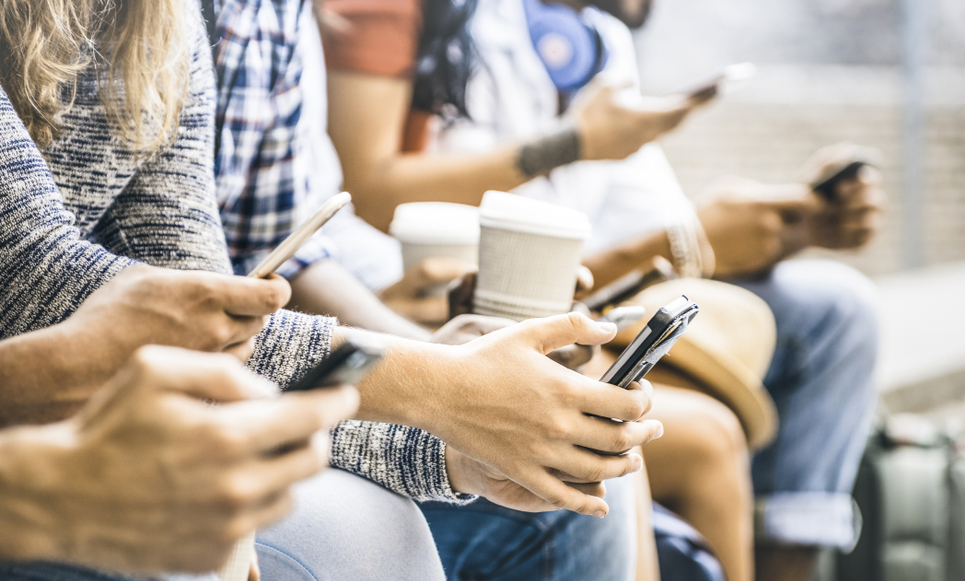 Senior school students openly admit that they are indifferent to politics and are not regular newspaper readers. They engage far more with their smartphones and computers than with television. Several admitted to an obsession with social media.
(Shutterstock)
Devi Kar   |     |   Published 29.05.19, 12:06 PM

The other day, a first-year college student complained bitterly that her generation is completely misunderstood. It is thoughtlessly stereotyped as selfie-obsessed and self-centred. She recommended that people read Generation Z: A Century in the Making by Corey Seemiller and Meghan Grace. This book, described as “the most comprehensive and conclusive study of Generation Z to date”, characterizes her generation as “open-minded, caring and grounded.”

In spite of constant criticism of Generation Z by elders, I have not quite made up my mind about them. I keep hearing complaints about their lack of manners and dress sense, their addiction to social media, their frequent uploading on Facebook and Instagram of selfies and groupfies in various postures at exciting events and exotic places, and their anxious wait thereafter for the ‘likes’ to pour in. But why blame the young? Older people are equally guilty of such practices. Recent studies have revealed that adults spend more time on their smartphones and screens than children.

However, it is normal for senior citizens to grumble about the ‘youngsters of today’. This phenomenon has been present down the generations. Interesting examples are cited from history to show how older people despaired of the youth of those times. We are doing exactly the same in the 21st century.

“(Love of) luxury, bad manners, contempt for authority, disrespect to elders, and a love for chatter in place of exercise” were factors cited by people of ancient Greece to indicate how the behaviour of young people had deteriorated. Illustrating this further, it was said that children did not “rise” when an elder entered the room, argued with their parents and “tyrannised” their tutors and teachers. How familiar all this sounds! However, the telling sentence is that “they committed various offences against Hellenic tastes”. This is what I think has always offended older generations the most. Their finer senses are assaulted by the changed norms of the new generations.

The baby boomers who preceded Generation X generation were named the “Me Generation”, and Generation X (born between 1965 and 1979) were also labelled ‘narcissists’. The millennial generation (born between 1980 and 1994) were derisively endowed with a triple “Me” by the American columnist, Joel Stein. These are, of course, labels that pertain to the urban rich of the United States of America. “Entitled”, “arrogant”, “spoiled” and “preening” are the terms most often used to describe millennials. But it has also been said that you cannot characterize an entire generation in this manner; after all, it is the same generation that had fought three wars for their country. Then there is the book, The Dumbest Generation. Its author, Mark Bauerlein, is convinced that the future of the US is doomed as the youngest generation has a total disregard for history, politics and reading of texts, and use the web not to learn about “the wide world” but “to gossip about each other”. Many share his opinion that the cyberworld has created a generation of ‘know nothings’.

It has been said that older generations across the globe showed many differences but Generation Y onwards were fairly similar because of ‘personal technology’. I have not come across any serious research on the traits of successive generations in India, but there is plenty of material to be found in novels and articles written over the years. In addition to reading, my own understanding of this generation has developed from direct observation of the present and past school students I engage with and from what I hear about them from others. The media colour my understanding only to an extent as I know that the media are selective about what they highlight.

Most urban tweenagers and teenagers of today do not read much, but neither do their parents. One of my students explained to me that they are so used to moving images with accompanying sounds and interactive technology that static print is unable to hold their attention. The books, mainly English, that they do read are racy ones: thrillers, murder mysteries and horror stories. Sad, romantic stories are also popular. Harry Potter has been going strong for a while and surprisingly, Enid Blyton is still alive and well. Classics are read only if their school ‘reading list’ includes them. Having said that ‘they don’t read’, it is surprising how articulate they are. Although, like the older generations, I lament the absence of elegance and style in their oral expression, I cannot help but marvel at their fluency, spontaneity and self-confidence. Their oral expression is generally superior to their written expression whereas even a decade ago it was the other way round.

Senior school students openly admit that they are indifferent to politics and are not regular newspaper readers. They express concern about global warming, pollution, gender and other kinds of discrimination, including those involving LGBTQ rights. They engage far more with their smartphones and computers than with television. Several admitted to an obsession with social media.

While writing this piece, I realized that it is this generation that actually faces the progressively accelerated pace of change. Indeed, it is difficult to fathom how they cope with the demands of their daily routine and still remain sane. Hence, it is only fair that we try to understand young people before we indict them. Although I get irritated with their selfie and Facebook culture, I greatly admire their stupendous ability to cope with their times.