Call a bluff: Editorial on repeated violence in Jammu and Kashmir 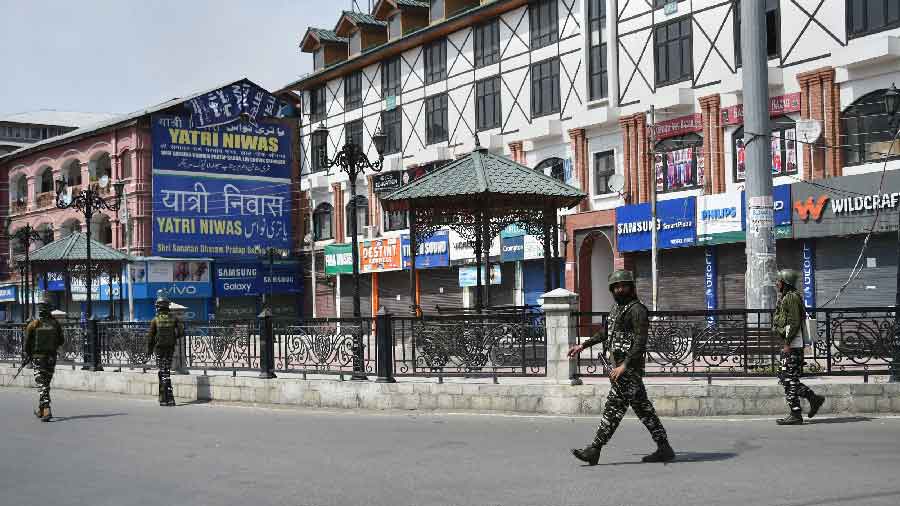 Kashmir Valley’s bloodstained landscape was spattered in red, once again, last week when a government employee was shot dead by terrorists at his office. The killing of the Kashmiri Pandit has sparked protests across Jammu and Kashmir. The community has suffered from a mass exodus in the 1990s when it was targeted by separatist militants and, subsequently, from murders and massacres. Yet the latest killing comes at a time when the Narendra Modi government has repeatedly promised a break from the past for Kashmiri Pandits while rewriting J&K’s compact with India ostensibly to crush terrorism. The Centre’s response raises serious questions about that promise. The protests from aggrieved Pandits have been met with the brute force of police batons and tear gas — from a security apparatus that reports to New Delhi since the scrapping of Article 370. Many of the Pandits working as government employees returned to their ancestral homeland as part of a prime ministerial scheme aimed at bringing the community back to J&K. Now, those employees have threatened mass resignation, pointing out that the latest murder follows a spate of similar recent killings. They are calling a bluff to government claims that its actions have helped reduce terrorism.

Their concerns deserve deep reflection from the rest of India. Mr Modi and his cabinet colleagues recently threw their political weight behind a film, The Kashmir Files, which documents the sufferings of Kashmiri Pandits in the 1990s. The movie, which received tax rebates, frames the conflict in Kashmir along religious lines and portrays the exodus and killings of Pandits as evidence of an anti-Hindu slant among previous governments in New Delhi and Srinagar. That narrative is in keeping with the political worldview of the ruling Bharatiya Janata Party but falls apart in the face of the recent murders and the government’s insensitive response. Meanwhile, a government-appointed delimitation body has proposed redrawing the Union territory’s constituencies in a manner that should help the BJP. Little wonder then that some Kashmiri Pandits have accused the party of using them as political pawns. At the same time, the unacceptable response of the police will sadly come as no surprise to most Kashmiris who confront a militarised security apparatus every day. The plight of Pandits is not separate from the tragedy of all Kashmiris. Any attempted resolution that fails to recognise that is unlikely to succeed.