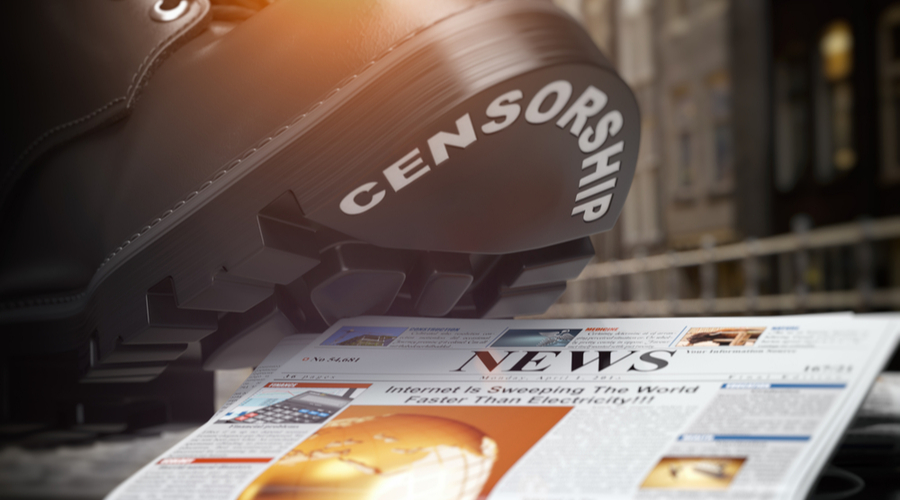 Narendra Modi government’s sustained exploitation of the nebulous rhetoric of national interest is ominous for India’s democratic ethics.
Shutterstock
The Editorial Board   |   Published 01.07.20, 12:34 AM

Premier investigative agencies have been castigated as the government’s ‘caged parrots’. But other institutions can make a serious claim on being a member of this unfortunate species. Consider the case of Prasar Bharati, supposedly an autonomous institution. In a letter to the Press Trust of India — the country’s largest news agency — the ‘public’ broadcaster alleged that the quality of journalism practised by PTI is, apparently, detrimental to the ‘national interest’. Prasar Bharati is also believed to have threatened to renew its subscription to the newsfeed. PTI’s ‘anti-national’ activities, if Prasar Bharati’s spurious allegation is to be taken into consideration, include interviewing the Chinese ambassador as well as — this may have been the real cause of its umbrage — tweeting and sending a news alert that included a quote by India’s ambassador to China in which he reportedly expressed the hope that the Chinese would move “back to its side of LAC”. The ambassador’s statement was clearly at variance with the prime minister’s assurance earlier that no incursion has taken place in Ladakh. Disseminating facts that are inconvenient to the powers that be no longer goes unpunished in democratic India. Prasar Bharati’s targeting of PTI, coupled with its reconsideration of subscription to the news agency, is a testament to the flagrant institutional intimidation of the free press.

Prasar Bharati’s antics are objectionable on several counts. By prostrating itself before the government of the day, it has eroded its credibility of being a public — sovereign — body. But this perhaps is the lesser crime. The Narendra Modi government’s sustained exploitation of the nebulous rhetoric of national interest is ominous for India’s democratic ethics. Legitimate criticism of an authoritarian regime is routinely demonized by his constituency of aggressive admirers and by pliant institutions as being detrimental to national interest. Mr Modi — he has bungled in Ladakh — must be told that the nation is served by truth-telling, be it on China or, say, on demonetization. A handful of members of the media fraternity — PTI is  one — still retains the will and ability to do so. The government’s narrative of a tragedy — Galwan, where India lost its brave soldiers, is certainly one — is unlikely to be reliable. Therefore, the media, in the best traditions of democracy, should be allowed to present the truth to the people.