Advertisement
Home / Opinion / By neglecting education, we are neglecting the future of our youth 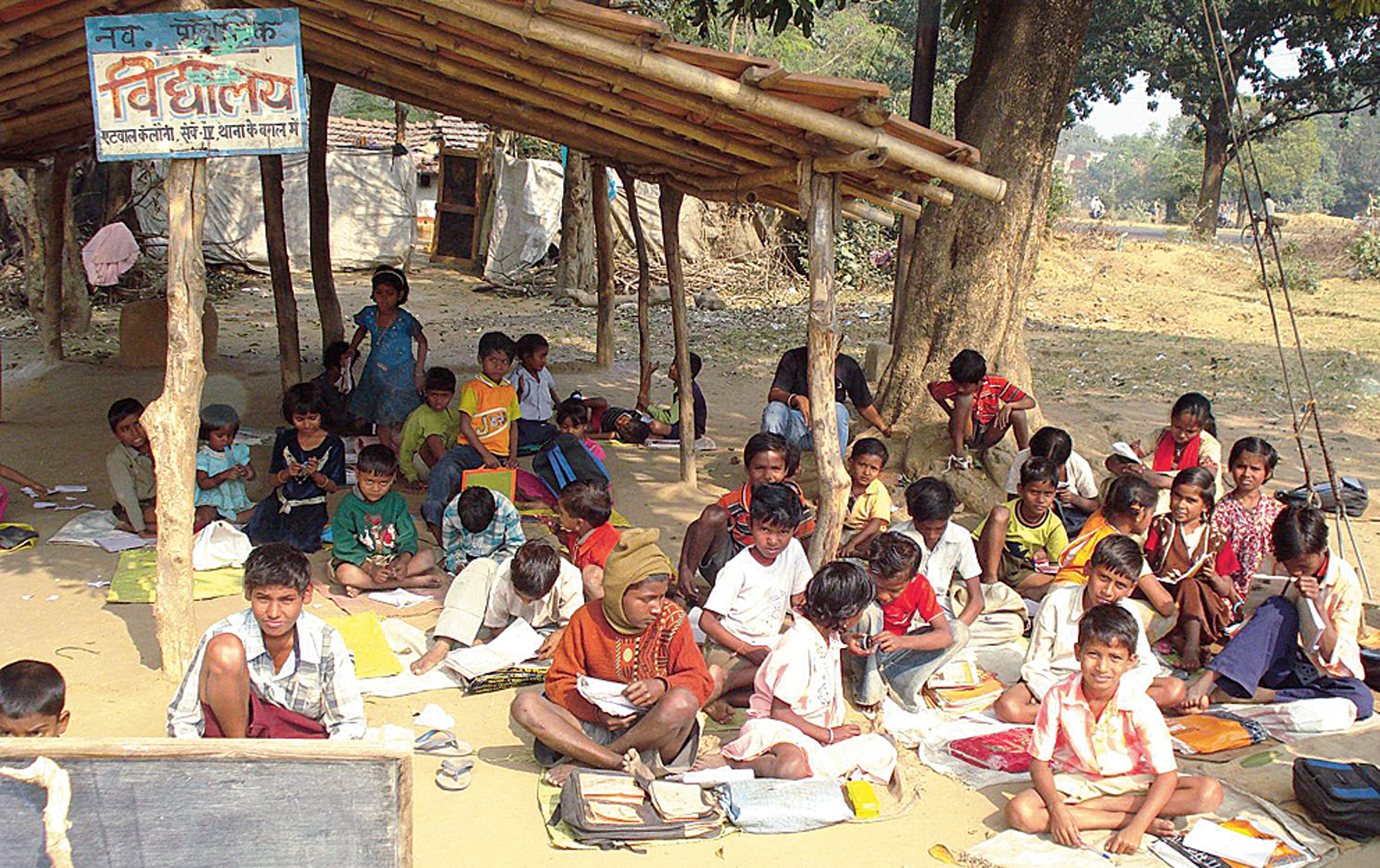 Nearly 53 years ago, D.S. Kothari, then chairman of the University Grants Commission, submitted the Report of the Education Commission 1964-66, subtitled Education & National Development, to the then minister for education of the government of India, M.C. Chagla. In his introductory letter to the minister, dated June 29, 1966, Kothari stated that “the single most important thing needed now is to get out of the rigidity of the present system”. The rest of the document, popularly known as the Kothari commission report, went on to suggest the ways and means whereby this could be achieved even if Kothari recognized that it was “difficult... to say to what extent the Report will actually help in the reconstruction of the educational system which is so urgently necessary”.

The Report devotes an entire chapter (Chapter XIX) to the financing of education, which is also summed up in the final section, “Summary of Recommendations”, where it is unequivocally stated that “If education is to develop adequately, educational expenditure in the next 20 years should rise from Rs 12 per capita in 1965-66 to Rs 54 in 1985-86 (at constant prices)”. This means that “the proportion of GNP allocated to education will rise from 2.9 per cent in 1965-66 to 6.0 per cent in 1985-86”. Even taking into account the fact that India’s gross national product is less than its gross domestic product, we have never even come close to the commission’s recommendation on how much we should spend on education in the over half-century since the Report was submitted. This, in turn, has had a significant negative impact on the direction education has taken in India.

Now, obviously, quantity is not necessarily related to quality, but it is nevertheless suggestive that India spends considerably less on education than does any of the other BRICS nations. According to reliable estimates, Brazil spends 5.9 per cent of its GDP on education, Russia 4.1 per cent, China 4.0 per cent, while South Africa invests almost 6 per cent of its GDP on educating its citizens. According to these same sources, India lags behind with 3.8 per cent of its GDP being used for education, while analysts closer home put the figure at 3.48 per cent of GDP in the last budget. The numbers get worse if one compares India’s education spending to that of China, the only nation whose population is comparable to ours. According to some estimates, with its population of 1.38 billion, not very much more than India’s 1.34 billion, China spends almost 40 times more on education than does India. More tellingly, China spends about 2.1 per cent of its GDP on research and development, while India spends much less than 1 per cent on research and development, and the results are there for all to see — in 2016, China filed 1.34 million patents while India (counting both resident and non-resident Indians) applied for a little more than 45,000; and the less said about the yawning chasm between the two countries both in terms of the quantity and the quality of research publications the better it is for our sense of national pride.

Things are not much better as one moves down the ladder of learning. At the school level, as the Annual Status of Education Report (Rural) 2017 reveals, nearly half the school-going children in rural India, aged 14 to 18 years, struggle with basic mathematics skills, and their language skills are not much better. Yet, instead of increasing spending on education, in both absolute and relative terms, our rulers at the Centre have decided that the distribution of such funds, already inadequate, should be further skewed — taking resources away from those who need them the most and pushing them instead towards already well-established institutions of higher education. The thinking behind schemes such as “Institutions of Eminence” or “Challenge Funding” seems to be that if one gives an already nationally well-ranked institution (such as the one where I am employed) a couple of hundred or a thousand crores over a period of a few years, these institutions will somehow hop, skip and jump up the scale of global academic excellence and become enshrined in the Top 100 of some recognized ranking scale or the other.

Alas, even here, the thinking can be at best described as woolly-headed. There is no Indian institution of higher education in the top 100 in any recognized global ranking and, given our present state of affairs, there is unlikely to be one in the next couple of decades. There are two fundamental reasons for this. First, the incomparable gap that exists between the resources available to even the best-funded Indian institutions as compared to their globally-ranked counterparts. For example, the University of Pittsburgh, ranked 100th by The Times Higher Education World University Rankings in 2018, had an operating budget of Rs 1,400 crore, and assets worth Rs 2,000 crore in 2017. It also had an endowment fund of Rs 22,500 crore in the same year — which was roughly 67 per cent of India’s entire outlay on higher education in 2017-18. Second, and perhaps more importantly, if you do not strengthen education at the primary level, from where will you get the top-notch scholars who will bring glory to your institutions of higher learning? If 50 per cent of rural high-school-going children do not know the fundamentals of mathematics, from where will you find the researchers of tomorrow? If millions of Indian children are not being educated properly, what good will creating institutions of eminence do in the long — or even the short — term?

Fortunately, this is not a zero-sum game. Funding must be increased to those institutions that have already established themselves in terms of academic excellence, but never at the cost of institutions down the ladder — the schools and colleges and other institutions that feed into these centres of higher learning. The obvious solution is to increase the overall funding for education at the primary, secondary and tertiary levels; to try and allot at least 5 per cent of our GDP for education. Only then may we hope to increase both the spread and the quality of education, to balance the demands of equity and excellence.

In a pre-election survey conducted by this newspaper, eight issues were identified as being of the most immediate and urgent concern, of which education was identified by 27 per cent of all respondents as being of crucial importance for the future well-being of our nation. No political party has yet come out with anything resembling a well-thought-out plan for taking education forward. Perhaps they do not remember that nearly 29 per cent of all Indians are below the age of 15 years. By neglecting them today and sparing no thought for their tomorrow, our present and future leaders are taking us one step closer to disaster. And this, in spite of Kothari’s clearly-sounded warning bell from half-a-century ago.

Better infrastructure and nutritious midday meals are not enough