Advertisement
Home / Opinion / Our school system may be one of the worst, but that makes it easier to improve

By learning from the world's best, we can go far — unless we believe that all that is best was invented in India 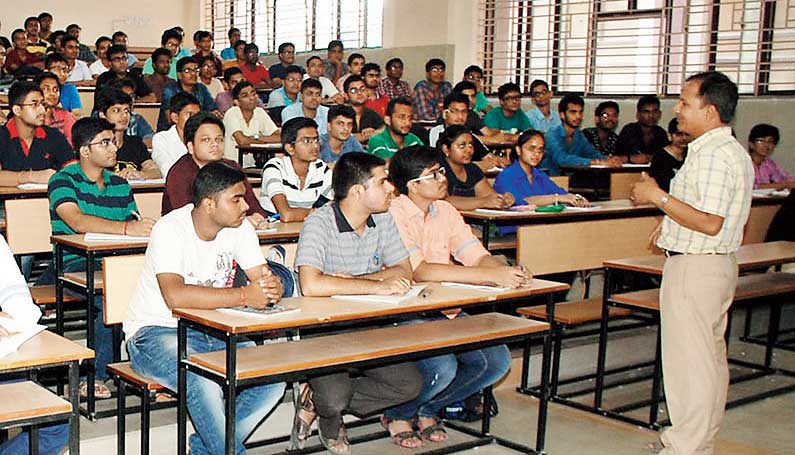 A Stanford University researcher has concluded that a teacher adds value to an institution of learning; if teachers’ salaries reflected their value added they would teach better, and new teachers would be induced to add value.
The Telegraph file picture
Ashok V. Desai   |   Published 19.03.19, 03:37 AM

No one is perfect. All of us must have some memories of misbehaving in class; some no doubt revel in them. But no one would recall being rewarded for it. Yet, some deserved to be; such are the results of academic research by fatherly figures including Nicholas W. Papageorge of Johns Hopkins University, who claim that some boys who were naughty in class, when they grew up, earned more than their well-behaved friends. This was not true of naughty girls: they did not earn more per hour. But they worked longer hours when they grew up, and so beat well-behaved girls anyway.

This result may be true of British or American boys, but it is not well established. However, Cambridge economists ask someone every year to give the Marshall lectures; it would be difficult to find economists with more solid knowledge. Last year, they asked Caroline Hoxby of Stanford; she spoke on productivity in education. Some of her findings are illuminating, and surprising.

Half a century ago, Gary Becker wrote a book on human capital, a term he coined for intellectual capacity in adulthood. According to him, it depended on two variables: the education young people got, and their cognitive skill. He also asserted that those with more cognitive skill got better returns on their education. His theory provided grounds for basing educational subsidies on children’s cognitive skills. These were supposed to be measured by their examination results, though economists also loosely called them aptitude, ability, mental readiness and so on. In any case, the universal giving of scholarships based on examination results was supported by this simple theory.

The American education system is particularly constructed on this single pillar. It started in the 1850s as an extremely decentralized system; then, over the years, it got integrated and differentiated. Some universities got rich from ex-students’ contributions, and used the riches to pay teachers more and give scholarships to bright students; thus, richer universities also became superior. As they attracted better students, the correlation between rich universities and rich parents went down, and the correlation between them and good students went up. At the bottom were thousands of poor state and private universities which admitted good and bad students without discrimination; at the top were a few universities, mostly well endowed, which subsidized and attracted good students. Hoxby calls this the venture capital model of universities.

This competitive market has emerged after World War II. In 1950, virtually all students applied to a university close to where they lived. In 2010, the probability that a student would apply to at least one university over 250 miles from his home was close to zero for third-rate students, 50 per cent for medium students, and close to one for bright students. They started looking further out because of incentives. In 1967, the assistance an average student got was $1,000-$2,000; only the brightest 1 per cent got more. In 2007, most students got $5,000-$8,000; the top 5 per cent got twice as much or more, whilst the top 1 per cent got close to $75,000. Most students in the worst universities would have applied to only one university; students in the best universities would have applied to six or more. The result of selection by universities as well as students was the emergence of high correlation between the quality of universities and of students.

After all this study, what recommendations does Hoxby come up with? Her most interesting idea is that a teacher adds value; if teachers’ salaries reflected their value added, they would teach better, and new teachers would be induced to add value. A simple measure of a teacher’s value added is how much better her students’ grades are than average. But that is not the only measure; it is also possible to grade a teacher on the behaviour of her students, such as truancy, attendance and indiscipline. An index of performance can be made up as a weighted average of these measures.

It is not enough to pay teachers on the basis of their value added; their pay must also be high enough to compete with the pay of comparable professions such as that of accountants, programmers or property managers. It is considerably lower in the United States of America, but Hoxby suggests a way of bringing it up to their level: dismiss all the unproductive staff in schools such as teaching assistants, and stop paying teachers for seniority and non-classroom work.

Such are Hoxby’s ideas for repairing the US’s sick school system. They can obviously not be applied without modification to the Indian school system. But structurally, it is not all that different from the American system: it too has a huge mass of inefficient and underworked teachers in government schools and a limited number of good teachers who get good results in private schools. Someone should do an analysis of the Indian school system on Hoxby’s lines — in particular, measure teachers’ value added in Indian circumstances. And we do not have to take the American school system as our standard; we can look, for instance, at the Finnish system, which is assessed to be amongst the best in the world. We can also draw lessons from what the Khan Academy has been doing in India. The Indian school system may be one of the world’s worst, but that only makes it easier to improve it — and there are ideas from elsewhere about how we can do it. Starting with them, we can go far — unless we believe that all that is best was invented in India and all that is in India is always the best.