Advertisement
Home / Opinion / Budget breaks from the past

Budget breaks from the past 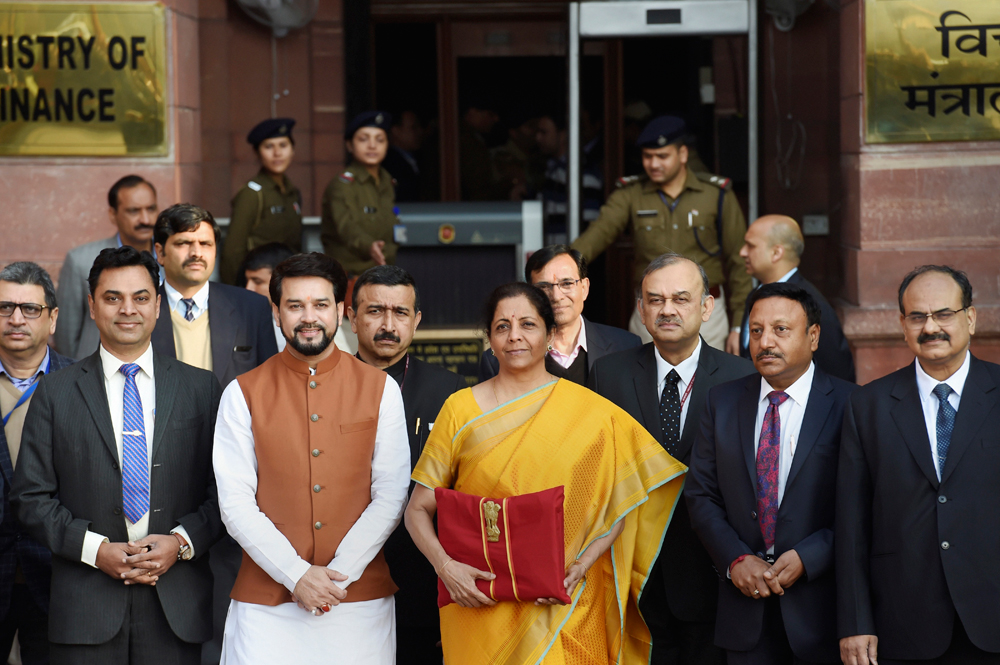 For decades before he became prime minister, Atal Bihari Vajpayee was a stalwart of the Opposition, even when he wasn’t formally the leader of the Opposition. One of the obligatory duties of an Opposition leader was to proffer comments on the Union budget — an event which in India is both preceded and accompanied by a great deal of paraphernalia. Unfortunately, the budget and, indeed, economic policy were facets of statecraft that didn’t ever interest the otherwise accomplished parliamentarian. Even as the reporters crowded around him for his comments on the finance minister’s speech, Vajpayee would take a deep breath and then mutter that the government “garib ko peth me laath maar diya (the government has kicked the poor in the stomach)”, followed by the usual platitudes about the budget being either ‘inflationary’ or ‘anti-growth’.

It was a ritual that Vajpayee always hoped would end fast and painlessly before he got on with the business of normal politics.

Vajpayee wasn’t the only leader of the Bharatiya Janata Party who was permanently ill at ease with money matters and economics. In theory — or at least in the public perception — the BJP has always been positioned as a party of the Right. In many countries, particularly in the Western democracies, Right was a convenient shorthand for a cocktail that incorporated both market-oriented economics and a nationalist orientation — something loosely akin to what the present British prime minister, Boris Johnson, practises. In India, however, apart from the short-lived Swatantra Party founded by C. Rajagopalachari as an alternative to Jawaharlal Nehru’s socialism, the mainstream Right has been most comfortable with identity issues and the culture wars. Vajpayee’s personal interests may have extended to foreign policy but, overall, he didn’t deviate from this trend.

Neither for that matter did his inseparable political associate, Lal Krishna Advani. I recall the spirited debates that accompanied the process of economic liberalization initiated by Prime Minister P.V. Narasimha Rao and his finance minister, Manmohan Singh. Ideally, the BJP, which had paid a great deal of emphasis on economic deregulation and less State control, should have been happy that a Congress government was walking away from the Nehruvian model. However, it

wasn’t all that straightforward. There were murmurs in the BJP rank and file against the generosity shown towards foreign capital. Leaders such as Murli Manohar Joshi combined their opposition to globalization with an advocacy of swadeshi. The BJP ended up speaking in multiple voices. It was at this juncture that I asked Advani how the issue could be resolved. Looking pensive and after a long pause, Advani had only one comment: “We will never fight an election on economic issues.”

Translated in political language, it meant that while economic development would always feature on the BJP’s radar, it would never incorporate issues of economic philosophy. Unlike Margaret Thatcher who, it is said, once flaunted a copy of Friedrich Hayek’s The Road to Serfdom and said, “This is what we believe in”, the BJP leadership shunned doctrinaire politics. It merely had a loose commitment to welfare programmes, lower taxes and less government involvement. The other choices would be governed by necessity and expediency.

It is worth recalling this background in the context of the second budget presented by Nirmala Sitharaman which has been met with mixed, and often confused, responses. While it is true that the importance of the Union budget has shrunk exponentially over the past decade, not least owing to the ‘shared sovereignty’ principle governing the goods and services tax, there was an expectation that the government would take audacious steps to cope with the steep economic slowdown that has taken the country by surprise.

To some extent, these expectations were not always politically realistic. Any government, even one that commands a single-party majority, has to juggle between conflicting compulsions. If there is a compelling need to attract foreign investment and compete with other Asian countries to offer sops for corporations looking for alternatives to China, it has to also take into account the misgivings of small units — both in manufacturing and trade — that are wary of entities such as Amazon undercutting the market. Then, if managing the fiscal deficit is important, the government has to take into account the need to service welfare programmes and ease the rural distress. Finally, there is the pressure from the middle classes for some more tax relief.

At the best of times, balancing these different pressure points is difficult. History will be the best judge as to when the finance minister’s approach of addressing each concern perfunctorily is going to yield results or leave everyone unhappy. Budgets are forgotten within a fortnight of their presentation and the management of the economy is judged by other indicators, in which the finance bill plays only a small part. Certainly, there is absolutely nothing in Sitharaman’s budget that has got any section furious. Even the new, exemptions-less income tax structure that is planned as the model for the future has been deemed voluntary and gives individual taxpayers time to mull over and plan for the future. The initial scepticism in this regard is entirely understandable, particularly as it makes no allowances for the enforced savings that have, so far, played the role of an individual’s future security. Indeed, in the realm of direct taxes at least, the budget does convey a sense of tentativeness, which will have to be addressed through a series of future clarifications.

Yet, there are notes of reassurance for the future. In the course of her very long budget speech, peppered with the sayings of saintly men and women from the past, the finance minister began the process of at least trying to delineate an economic philosophy that went beyond the targeted $5-trillion objective. Putting more money in the pockets of individuals and their families was one clear objective. Equally, in line with the elaborations in this year’s Economic Survey, there was a clear assertion of the virtues of wealth and an explicit rejection of the povertarianism that has often marked populist thinking in India. The Economic Survey and the budget speech also sang the virtues of aspirational thinking and entrepreneurship, and some of this was backed up by concrete financial provisions. Finally, it had so far been assumed that the Narendra Modi government was keen to improve the efficiency of State-owned enterprises rather than transfer them to private hands. Now that the Economic Survey has categorically stated that privatization is the key to greater wealth creation and efficiency, we can hope that the post-1991 approach of liberalization by stealth is finally given up. The budget has promised a partial disinvestment of the Life Insurance Corporation of India and has indicated that railway routes may be leased out to private players. These suggest that the process that began with the deregulation of the defence industry will be complemented by other bold moves in sectors that have hitherto been seen as government monopolies.

The importance of the 2020 budget does not lie in the small steps it has taken to accommodate the concerns of exporters, the medium and small scale units, the opening up of the bond market and the tax cuts for those in the lower rungs of the income tax-paying classes. To the sceptics, much more should have been done, especially since an economic slowdown invariably confers greater acceptance of bold reformist steps. To those familiar with the ecosystem of the BJP, this budget marks a decisive move away from managerial tinkering. The point now is for the party to accept this facet of the Modi Doctrine openly and without inhibitions.

Economy: worst alert in a decade