Economy: worst alert in a decade 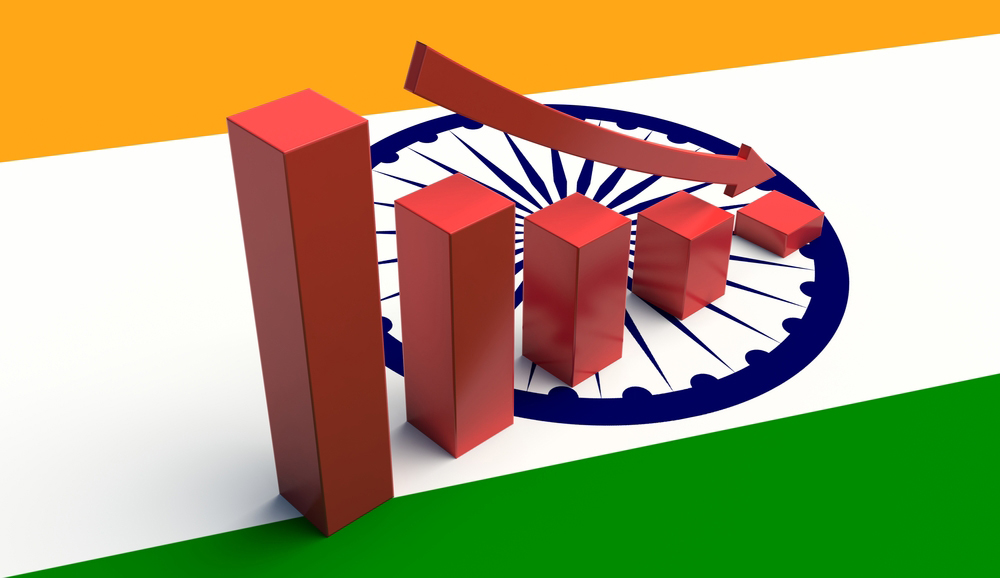 The weak growth will place India, which was the world’s fastest-growing major economy last year, behind regional peers like China, Vietnam and the Philippines
(Shutterstock)
Our Special Correspondent   |   New Delhi   |   Published 07.01.20, 09:27 PM

The Indian economy is expected to grow by 5 per cent this financial year, the slowest pace since 2008-09 when growth sank to 3.1 per cent as a result of the worst global financial crisis.

The Narendra Modi government, which has stubbornly refused to acknowledge the gravity of the economic crisis this year, received another reality check on Tuesday when the Central Statistics Office came out with its first advance estimates.

The economy has been sliding steadily since the 8.2 per cent growth achieved in 2016-17 — a number that economists have been extremely sceptical of because that was the year the government had devastated the economy with its reckless demonetisation exercise. GDP growth last year was 6.8 per cent.

The weak growth will place India, which was the world’s fastest-growing major economy last year, behind regional peers like China, Vietnam and the Philippines, all of which are likely to grow at a pace of 6 per cent or more.

The CSO’s advance estimates are never very accurate since the estimate is made by extrapolating seven to eight months of data thrown up by benchmark indicators like the index of industrial production, financial performance of listed companies over two quarters ending September 30, the trend in bank deposits and credits, passenger and freight earnings of the railways, cargo handled at airports and sea ports, sales of commercial vehicles and eight months of revenue collections.

In January last year, the CSO had forecast growth in 2018-19 at 7.2 per cent in its advance estimate. This was eventually scaled down to 6.8 per cent when it came out with its provisional estimate at the end of May last year.

Economists are not ruling out a similar scaling down of the 5 per cent growth forecast for this fiscal.

The CSO’s GDP forecast is in line with the Reserve Bank of India’s growth projection made in December. However, several independent researchers have projected a figure closer to 4.5 per cent.

Annual economic growth had slowed to 4.5 per cent in the July-September quarter, the weakest pace since 2013, which was blamed on weakening demand and private investment and put pressure on the Modi government to speed up reforms as five interest rate cuts during the year had failed to crank up the economy.

The advance estimate of the GDP will feed into the calculations for the upcoming budget.

The worrying fact is that nominal GDP — that is the value of the production of goods and services at current prices — is projected at Rs 204,42,233 crore which translates into a growth of just 7.5 per cent this fiscal.

In the budget she presented in July, finance minister Nirmala Sitharaman had projected nominal GDP at Rs 211,00,607 crore — a 12 per cent growth over the previous year.

The 3.12 per cent shortfall in nominal GDP from the budget projection will have huge implications for the fiscal deficit and wreck the government’s promise to cap fiscal deficit at 3.3 per cent of the GDP.

The fiscal deficit was projected in the budget at Rs 703,760 crore. But by the end of November, it had already ballooned to Rs 807,834 crore, an almost 15 per cent excess over the budgeted amount.

The implication of this is that the current fiscal deficit, calculated over the lower nominal GDP forecast by the CSO, will shoot up to 3.95 per cent. This may worsen as tax collections have been weak this year and the proceeds from divestment of the government’s stake in public sector companies have been far short of the projected Rs 105,000 crore.

If by some stroke of luck, the government is able to cap fiscal deficit at the budgeted amount of a little over Rs 7.03 lakh crore, the fiscal deficit will amount to 3.44 per cent.

Care Ratings said in a note that if the expected shortfall in tax collections was taken into account, the fiscal deficit could be in the range of 3.92 per cent to 4.13 per cent in 2019-20.

“The slowdown in economic growth implies the government will have to come up with a fiscal stimulus in the budget,” said N.R. Bhanumurthy, economist at the National Institute of Public Finance and Policy, a Delhi-based think tank.

Sitharaman is expected to focus on measures to address the third consecutive year of slowdown, led by a fall in investment and consumption. She is expected to announce tax concessions for individuals and increase spending on infrastructure after cutting corporate tax rates last year and raising social sector spending in order to put more money in the hands of the consumers, economists said.

Soumyakanti Ghosh, chief economic adviser of the State Bank of India, said the GDP figures may see a downward revision in the coming months. GDP growth could fall to 4.5 per cent this fiscal year compared with the first advance estimate of 5 per cent, he said, adding that fiscal deficit for the full year was now likely closer to 3.8 per cent after also taking into account the revenue shortfall.

The CSO figures show that manufacturing growth is expected to tumble to 2 per cent this fiscal while growth in construction has been forecast at 3.2 per cent compared with 8.7 per cent last year.

This will have a major impact on job creation.

The unemployment rate rose to 7.7 per cent in December from 7 per cent a year earlier, data released by the Mumbai-based Centre for Monitoring Indian Economy showed.

Services — which account for about 60 per cent of the GDP — have also been showing signs of strain, especially in those areas that are managed by the private sector.

Trade, hotel, transport, communication is estimated to grow by 5.9 per cent as compared to 6.9 per cent last year.

The financial services sector growth is seen at 6.4 per cent compared with 7.4 per cent in the previous financial year.

The public administration segment, which is supported by government spending, will, however, grow at 9.1 per cent compared with 8.6 per cent in the previous year.

The GDP data, when analysed from the expenditure side, suggest weakness in private consumption and a sharp fall in investment. Double-digit growth in government spending will continue to support the economy, the data suggest.

Gross fixed capital formation, which reflects private investment, is estimated to grow 0.97 per cent in FY20 compared with 10 per cent in the previous year.

Private final consumption expenditure, which reflects consumer spending, is expected to rise by 5.8 per cent in FY20 compared with 8.1 per cent last year.