Polarization cannot be a model of governance 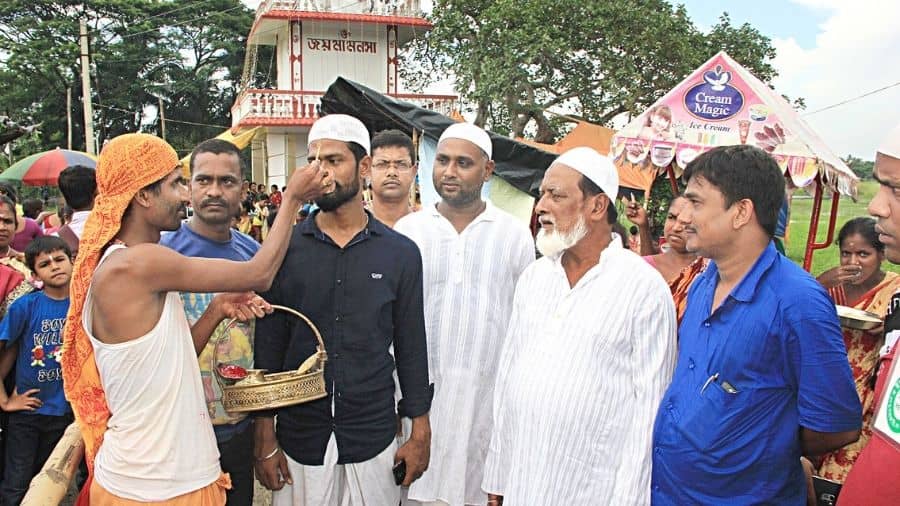 The past month has witnessed a resurrection of the debate over the supposed growth of ‘majoritarian’ tendencies in Indian politics. Beginning with the spat in Karnataka and culminating in the fracas in different states over the Ram Navami and Hanuman Jayanti celebrations, concern has been expressed by Opposition parties and a clutch of notables at the wilful targeting of the Muslim community by the Narendra Modi government and its camp followers. Although the political protests against this apparent rise in sectarian tensions have been subdued — the emphatic victories of the Bharatiya Janata Party in the assembly elections in Uttar Pradesh and elsewhere may well be a factor — there have been louder expressions of outrage in the English language media, particularly against the rampant use of bulldozers against communities believed to be responsible for stoning Hindu processions.

The belief that the Modi government, in association with the larger Hindu nationalist ecosystem, is determined to change the fundamental tenets of Indian democracy has been making the rounds over the past seven years. In an article in a collection, Majoritarian State: How Hindu Nationalism is Changing India (2019), the political scientist, Suhas Palshikar, observed that “the change that came about in 2014 is a regime change, a change in the nature of party competition and above all, a decisive move to craft hegemony that would ensure long term changes in the tenor and texture of democratic politics in India.” In another essay, Thomas Blom Hansen, the Reliance-Dhirubhai Ambani Professor at Stanford University, argued that “the deepening of democracy in India has produced ever-stronger assertion of the legitimate power of majorities, popular power and popular sovereignty, but without any concomitant percolation of liberal-democratic values, and without any stronger assertion of the rule of law as a value in and of itself.”

The argument, in effect, is that the restraint that is demanded from ‘constitutional patriotism’ has been overwhelmed by the rising tide of nationalism and the hopes associated with a new and resurgent India.

Curiously, the argument that Hindu assertiveness is sweeping India and cornering minorities has found expression in the disquiet of a section of the Muslim intelligentsia. The past few years have seen the publication of numerous semi-autobiographical studies of Muslims by those who are regarded as modernists. These offerings by Muslims who are part of the elite mainstream provide valuable insights into the existential dilemmas of the community, particularly in the wake of repeated failures, especially in Uttar Pradesh, to defeat the BJP by consolidating votes behind the main ‘secular’ challenger.

The complaints that the Muslims are being further marginalized, particularly in the BJP-governed states, in fact made ‘invisible’ in public life and now being cast as outsiders, harbouring illegal Rohingya migrants, are valid. During the anti-Citizenship (Amendment) Act agitation, there were attempts — repeated during the recent post-Ram Navami troubles in Delhi’s Jahangirpuri — to force the community back into political reckoning by asserting their Indian-ness and upholding the national flag. However, these attempts didn’t produce the necessary results for two reasons.

First, the anti-CAA disturbances ended up as entirely Muslim uprisings. Apart from a few liberals and left-leaning individuals, they failed to garner support from the wider community. This, in turn, led to Opposition parties, which would have been happy to see the BJP pinned to a corner, offering token support. Thanks to the new electoral dynamics, anti-BJP parties are loath to be too directly associated with ‘Muslim’ causes. They are happy with the ‘invisible’ Muslims who emerge silently on polling day and then retreat to their ghettos. The only exception was in West Bengal where Muslims became the mainstay of the social coalition that checked the advance of the BJP in 2021. In Assam, the famed Muslim veto failed to materialize.

Second, the main argument of the anti-CAA agitators that Hindus and Sikhs in neighbouring countries didn’t merit the fast track to Indian citizenship came to naught. The Taliban takeover of Afghanistan and the consequent flight of the remaining Sikhs to India put paid to the suggestion that exceptional treatment of beleaguered minorities in Islamic countries was unwarranted. Last year’s rampant vandalism during Durga Puja in different parts of Bangladesh had a similar effect. It clearly pointed to the fact that State-sponsored equal treatment of Hindus was a non-starter against radical Islamist impulses at the grassroots.

To drive home the point, the spectacular success of The Kashmir Files all over India reinforced the belief that religious tolerance had a troubled relationship with Muslim majorities.

In recent weeks, there have been attempts by Muslim activists — invariably journalists — to put the onus on defending Muslim rights on the majority community which has a record of shunning extremism. However, in matters such as the burqa and the Uniform Civil Code, it is the Modi government that has claimed the modernist mantle. Those Muslims with misgivings over iniquitous community customs have preferred to keep their silence rather than be seen to be associated with a BJP initiative. In a curious sort of way, it has even bolstered the perception of the unruly, no-go ghettos, unwilling to join the mainstream and happy to stage their own stone-throwing festivals.

The reality of a polarization that has seen the strategic clout of Muslims sharply diminished is undeniable. But this is a reality that should not be left undisturbed or challenged with harsh policing and bulldozers. What is good for winning (or losing) elections in the short run cannot become an enduring model of governance. The Muslim honeymoon with the Congress and regional parties has, at best, paid limited dividends. It has neither yielded economic prosperity nor political empowerment. The community remains in the clutches of people who have a vested interest in backwardness and a state of permanent anxiety. In seven years, the Muslim non-acknowledgement of the Modi government has made no difference to the BJP. On the contrary, Muslims have fallen further behind in a fiercely competitive environment. This is neither good for the community nor India.

There must be a conversation to end this impasse.