The citizenship law is unconstitutional even without NRC 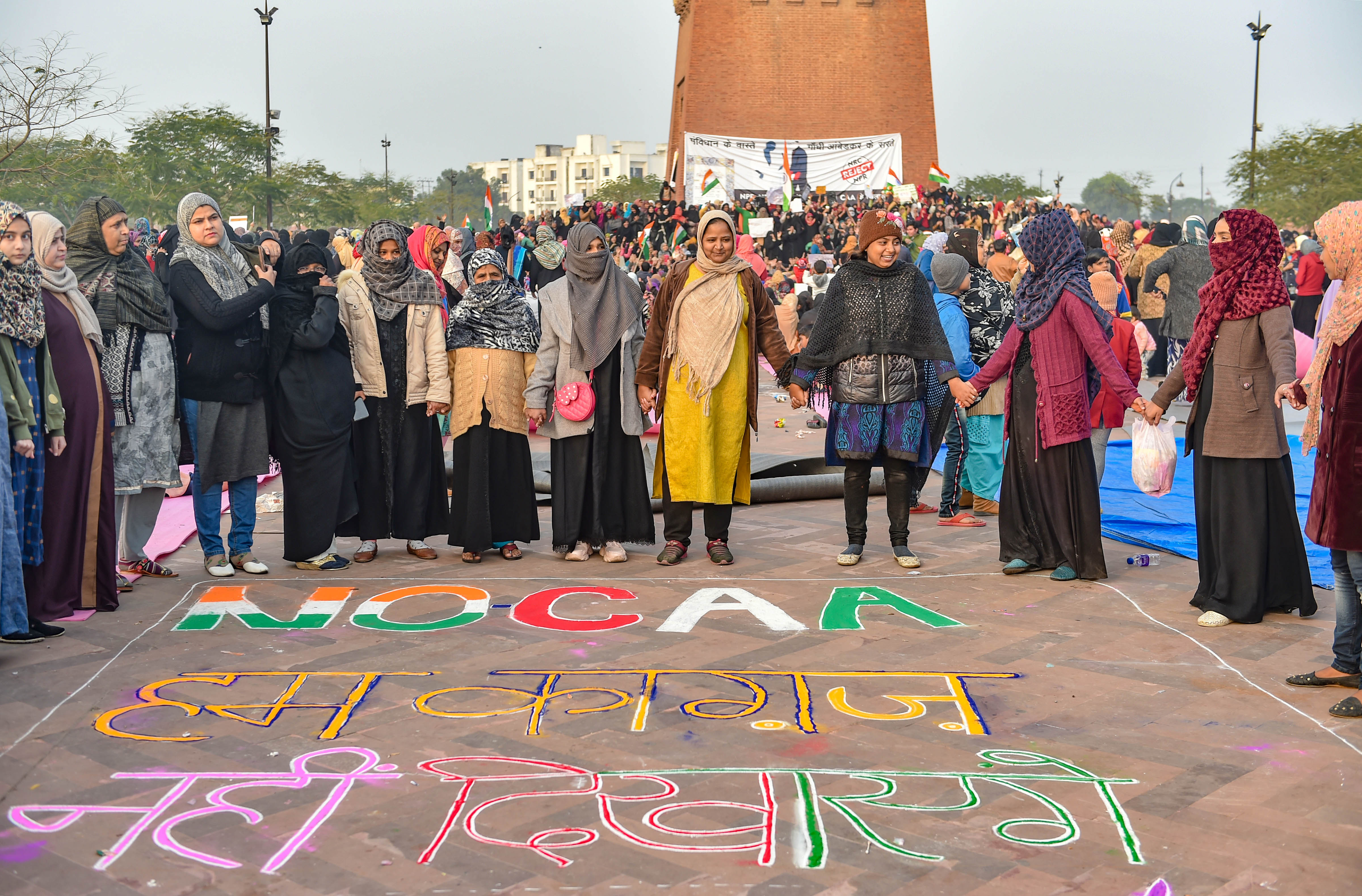 Is the exception that the CAA makes unconstitutional? Article 14 of the Indian Constitution mandates equality before law: “The State shall not deny to any person equality before the law or the equal protection of the laws within the territory of India.” Article 15 lays down “Prohibition of discrimination on grounds of religion, race, caste, sex or place of birth.”

Harish Salve, an advocate of the CAA, argues that the Supreme Court has established that Article 14 does not stop the State from rationally identifying a class of persons and conferring benefits on it, provided this classification is consonant with the object of the law. He further argues that a court cannot strike down such a law merely because the State could have conferred those same benefits on a wider class of people on the basis of a broader criterion. It is the State’s prerogative to frame its own classes subject only to the test that it deals equally with all the members of the class it has defined.

By this reasoning, religious minorities in Islamic states like Pakistan, Bangladesh and Afghanistan form a class of persecuted citizens and the Indian State can reasonably confer special rights on illegal migrants from these communities. Salve mocks critics who argue that the CAA is discriminatory because it doesn’t encompass every persecuted religious minority from every country in the world. He argues that “if the law was broader and allowed members of all religious communities from Pakistan, Bangladesh and Afghanistan to migrate into India, we could as well do away with our borders”.

Salve’s arguments are a form of misdirection. First, the CAA applies only to illegal immigrants in India who came to the country before 2014. Even if the law was broader, if it included persecuted Muslim illegals from these three countries, it wouldn’t change the status quo at our borders or the size of the population within them because it doesn’t apply to those who entered illegally after 2014 or those who might do so in the future.

Secondly, the rationality or fairness of the CAA’s classification must be tested not against some abstract class of potential beneficiaries made up of religious minorities currently suffering ongoing persecution all over the world, but an existing class of illegal immigrants already in India. The earlier citizenship law made this entire class of illegals liable to prosecution and deportation; it offered them no route to citizenship. The CAA has chosen to free a subset of this class of illegal migrants from the threat of prosecution and provide it with a path to citizenship. To do so constitutionally, it must show that its principle of reclassification is not arbitrary.

From this class of illegal migrants, the CAA privileges a subset of migrants who have suffered religious persecution in their home countries. It is arguable that political persecution supplies as deserving a case for special consideration as religious persecution, but let us accept the reasonableness of this classification. But not every illegal immigrant from religious persecution currently in India is granted an amnesty and a path to citizenship. Only religious minorities from three neighbouring majority Muslim countries are eligible for the CAA’s largesse. The CAA’s Statement of Objects and Reasons tries to justify the selection of these three countries by invoking three factors: historically, the transfers of population sparked off by Partition, geographically the proximity of the South Asian neighbourhood and politically the fact that these three countries are formally denominational (Islamic) states which by definition must discriminate against religious minorities. The trouble is that these criteria raise more questions than they answer.

First, Afghanistan was never part of British India so the argument from Partition does not justify its inclusion. And if ‘trans-border migration of population’ is to be the principle of selection, historically the scale of ethnically coerced migration from Myanmar and Sri Lanka dwarfs the level of migration from Afghanistan to India. Secondly, the South Asian neighbourhood has countries that unlike Afghanistan, actually share borders with us (China, Myanmar) which have a well-earned reputation for religious persecution but don’t find a place in CAA’s class of originary nations. Third, Sri Lanka, which doesn’t find a place in the CAA’s selected countries, is as much a denominational nation state as Bangladesh is. Bangladesh proclaims Islam as its State religion while claiming to be secular while Article 9 of Sri Lanka’s Constitution gives Buddhism the ‘foremost place’ in the country but nevertheless claims to guarantee the religious rights of all communities.

In the face of these obvious inconsistencies, the CAA’s approach to the problem of illegal immigration caused by religious persecution in majoritarian neighbouring states is both arbitrary and incoherent. Illegal migrants who are members of religiously persecuted minorities in neighbouring states can, arguably, be represented as a rationally defined class of people which the republic can single out for rights and privileges not granted to the broader class of illegal migrants resident in India. But to confine these rights and privileges only to those minorities who originate in majority-Muslim countries which nominate Islam as their State religion, is to arbitrarily exclude persecuted minorities who have fled other brands of religious persecution every bit as institutionalized as any in these three countries.

Given that the governing object of the law is to offer relief to those fleeing majoritarian persecution, the singling out of Muslim/Islamic states suggests an implied but unexplained prejudice against Tamil Hindu and Muslim refugees from Sri Lanka, Tibetan Buddhists forced out of China or Rohingya Muslims purged from Myanmar. To argue this is not to argue, as Salve mockingly suggests, that India open its doors to the world’s persecuted minorities. The argument against the CAA isn't that its criterion (relief for persecuted minorities) needs to be broadened; the argument is that it doesn’t consistently implement the logic of this criterion. The class of people singled out by the CAA for special benefits is not intelligibly or rationally differentiated from the larger class of illegal immigrants resident in India. Salve begins his recent column on the CAA by saying “I have failed hopelessly to comprehend what the controversy is all about.” I think it’s fair to say he’s right.

Even within this rickety, jerry-built class of three Muslim countries, the CAA fails to follow its own logic of minority persecution. Pakistan is avowedly an Islamic state. Ahmadiyyas, who are formally defined in Pakistani law as non-Muslims (they can be prosecuted, for example, for calling their places of worship mosques), are obvious candidates for the list of minorities named in the law, but they are excluded. The reason for this isn’t hard to find. The CAA was drafted as a complement to an all-India National Register of Citizens, so that non-Muslims excluded by the NRC would have a get-out-of-jail-free card while undocumented Muslims would be cast into limbo. The BJP framed the amendment to make sure that no Muslim minorities qualified. But even without any reference to the NRC, the CAA is a discriminatory law that fails the test of reasonable classification. The Supreme Court should strike it down.