Vigilantism is being redefined in New India 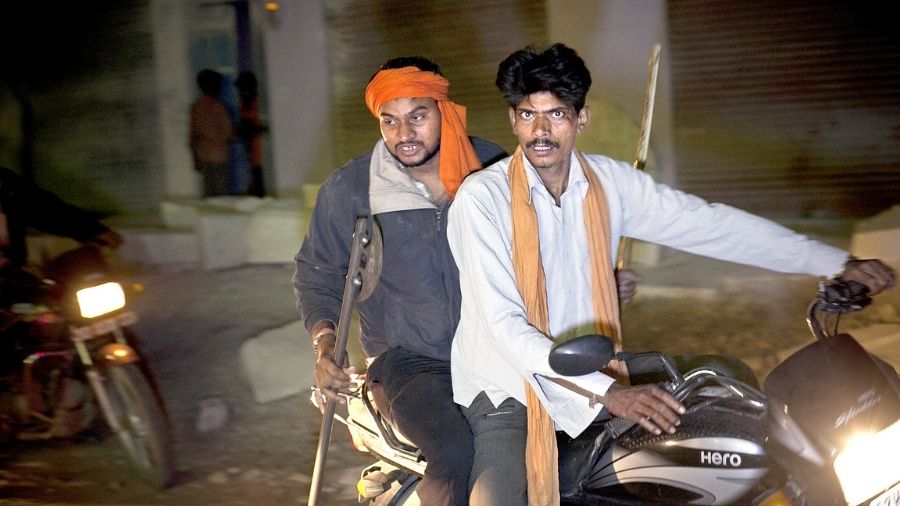 Vigilante violence and murderous incitement can be publicly broadcast in this way because the complicity of the State guarantees that men like Gopal Sharma will not be punished.
Representational picture
Mukul Kesavan   |   Published 08.05.22, 02:43 AM

How are we to understand a nation state which renews its legitimacy through regular civilian elections that are fairly held but uses vigilante violence against nominated minorities as a strategy of political consolidation? Unlike, say, Myanmar, this is not a military dictatorship. Unlike Sri Lanka, it doesn’t preside over a dysfunctional economy.

This State allows vigilante violence and hate speech — amplified by videos on social media — against members of the stigmatized religious minority. These videos could be of a photographer jumping on a Muslim man shot by the police, of Muslim cattle traders dangling from trees, of religious processions passing through minority neighbourhoods shouting communal obscenities, of vigilantes destroying Muslim shops and vends, of religious monks calling for targeted rape and murder; taken together they create an online arena where members of the hegemonic majority, regardless of class, can revel in the humiliation of the hated minority.  This informally licensed mayhem doesn’t undermine the State by threatening its monopoly of violence; it becomes, instead, a form of Statesanctioned politics, which helps to create a sense of collective superiority. The systematic humiliation of the designated minority can be consumed online without the blood and sweat involved in its implementation.

But someone must shoot the footage and stage the violence that needs to be filmed. These tasks are subcontracted out to organizations like  gaurakshini sabhas, dharmsabhas and mahapanchayats.  A crucial part of modern majoritarianism is cruel spectatorship, the Roman circus reinvented for the online age. The Instagram reel, which shows a Muslim being dragged into an SUV by armed men to the tune of ‘Desi Boyfriend’, performs the same function as an item number in a masala film: it’s meant to arouse and entertain its viewers.   A collective hatred is most easily aroused when members of that outgroup aren’t people that members of the majoritarian in-group meet in the normal course as neighbours, office colleagues, classmates, friends, fellow professionals and so on. In today’s India, Muslims are often self-employed or members of the gig economy. It isn’t a coincidence that Muslim Uber drivers, delivery men, vendors and tradesmen are objects of online derision. These are people that non-Muslims meet in brief transactional encounters; as strangers, they can be demonized without guilt or compunction.

The political science commonplace that the State jealously guards its monopoly of violence because its legitimacy depends on its capacity to maintain order doesn’t hold in a majoritarian nation state because the disorder created by vigilantism only affects the minority. The aroused majority sees bulldozer rule, even lynching, as historically justified and quasi-legal.

A news report in the website, Boom, documents the way in which the district of Nuh in Haryana is a case study in the way in which the State collaborates  with vigilantism to create a sense of majoritarian solidarity. Nuh, which used to be called Mewat, is a Muslim-majority district. These are largely rural Muslims called Meos. Predictably, this community has become a target for self-appointed cow-protection organizations, which have been known to raid Meo villages, enter Muslim homes and abduct Muslims who were subsequently beaten up or stripped and paraded naked. This persecution has been captured on video and circulated on social media.

In late April, Gopal Sharma, who achieved notoriety in January 2020 by firing a pistol at students of Jamia Millia Islamia protesting the Citizenship (Amendment) Act, posted videos of Muslims being menaced and persecuted on Instagram set to popular tunes. Sharma, who likes to be called Rambhakt Gopal, is a good example of vigilantism as a career in contemporary India.

Having made the headlines as a juvenile by shooting and injuring a Muslim student, he built up his resumé by being jailed a second time for calling for genocidal violence against Muslims while speaking at a communal conclave in Pataudi. He then used this celebrity to circulate vigilante videos.

This campaign against the Meos wasn’t confined to social media. The extreme right-wing television channel, Sudarshan News, has run a concerted propaganda drive against the Muslims of Nuh in the name of cow protection. Late last year, its chief editor, Suresh Chavhanke, spoke at a conference in Mewat arguing that the killing for the cause of cow-protection was justified.

Vigilante violence and murderous incitement can be publicly broadcast in this way because the complicity of the State guarantees that men like Gopal Sharma will not be punished. On the contrary, there are careers and fortunes to be made on the back of these campaigns. Ironically, the only people who are punished are the Muslims targeted by these vigilantes. In one of the videos posted by Sharma, Rahish, a Muslim daily wage labourer, was shown being dragged out of his home. Afterwards, he was badly beaten. Instead of charging his abductors with assault, the police jailed Rahish for a fortnight on the suspicion that he was involved in the illegal cattle trade.

Haryana is run by a BJP state government. The Bajrang Dal, which takes the credit for these instances of cow vigilantism, belongs to the same family of organizations as the Bharatiya Janata Party. Suresh Chavhanke of Sudarshan News was a member of both the Rashtriya Swayamsevak Sangh, the parent organization of the sangh parivar, and the Akhil Bharatiya Vidyarthi Parishad, its student wing. The mahapanchayats, or religious conclaves that call for genocidal violence against Muslims, invariably gather in BJP-ruled states like Haryana and Uttarakhand where they can broadcast loathing with impunity.

What we are seeing in Haryana and elsewhere is a redefinition of vigilantism. A vigilante is conventionally understood as someone who takes the law into his own hands, thus encroaching on the prerogative of the State. Here, individuals, gangs of lumpen, media organizations and others target Muslims knowing that they are acting, if not on behalf of the State, at least with its unstated complicity. Instead of taking the law into their own hands, they are, in effect, acting as auxiliaries of the State.

The SHO of Ferozepur Jhirka where these abductions and assaults took place involuntarily gave the game away. “Such raids by people are prohibited,” he said. “They started off as police informers who were simply keeping an eye on persons who were involved in cow slaughter.” That the police were willing to use majoritarian gangs as informers to ‘keep an eye’ on Muslims should worry every citizen. Complicit States turn vigilantes into stormtroopers; we shouldn’t go there.