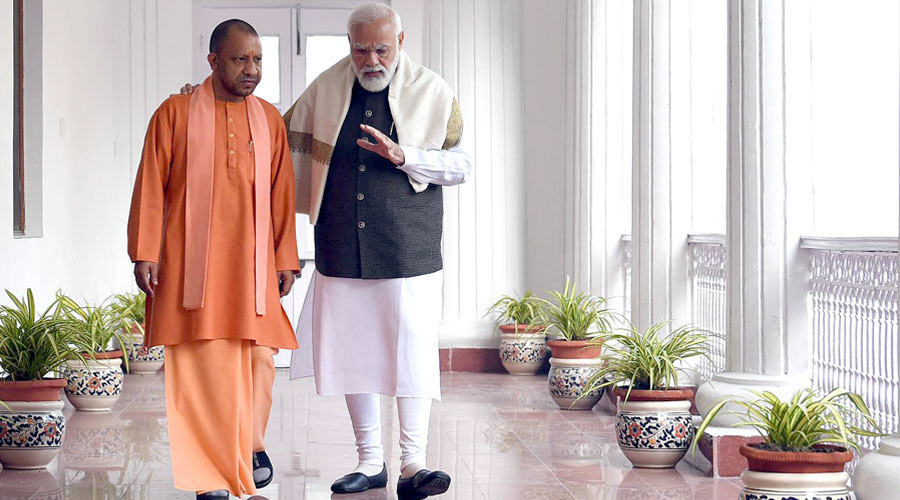 Right-wing majoritarian politicians  are defined by two imperatives. Politically, their job is to sell the subordination of minorities to the electorate as the hallmark of strong nationalist governance. Economically, their task is to strong-arm corporate access to the means of production.

Right-wing populists favour privatization because a symbiotic relationship with select capitalist cronies makes rent-seeking easier. Jair Bolsonaro’s keenness on monetizing the Brazilian rainforest isn’t based on an ideological commitment to free enterprise. There’s money to be made and since he’s the man in charge, the rainforest is up for sale to anyone who will give the incumbent auctioneer his fee. Bolsonaro is to the Amazon what Sotheby’s is to Art.

Crony capitalism defines Bolsonaro’s ilk the world over. Since Recep Erdogan came to power in 2002 as an anti-secular Islamist, he has consolidated the grip of his party, the AKP, by using low interest rates to create an infrastructure and real-estate bubble. In the absence of the Amazon, Erdogan has used pharaonic building projects to create a complex spoils system that keeps his tame tycoons onside while funding his grandiose politics. His regime has systematically used public procurement to fund electoral success.

Erdogan’s government has amended Turkey’s Public Procurement Law more than 150 times to make it easier to award contracts to the government’s favoured companies. Like Erdogan, the current Bharatiya Janata Party government didn’t invent crony capitalism, but thanks to its political success and its ability to formally undermine regulatory regimes, this interpenetration of commercial interests and political power has reached another level.

In 2017, the Narendra Modi government announced a new scheme of electoral funding — namely electoral bonds — that could be bought through the State Bank of India at stipulated times of the year. Touted as a new transparent funding mechanism, it effectively legalized opacity. The donor didn’t have to report the donation and the party didn’t have to reveal the funder’s identity. Unsurprisingly, 95 per cent of these electoral bonds went to the BJP and in this way political rents came to be collected in wholly legal, yet deliberately unaccountable, ways.

Modi’s two attempts to facilitate corporate investment in rural India, the land acquisition ordinance and the three farm laws, had to be withdrawn in the face of massive protests. These unusual retreats by a government which prides itself on its ability to steamroller resistance came about because the primary imperative of Hindu majoritarianism, winning elections by demonizing minorities, especially Muslims, took precedence over its secondary imperative, clearing the ground for its tame tycoons.

The farmers’ agitation posed two threats to the BJP. First, it was helping consolidate a broad rural coalition made up of Hindu and Sikh farmers drawn from Punjab, Haryana and UP. The willingness of Sikhs to make common cause with Muslim protestors in Shaheen Bagh and the very public gestures of solidarity made by Sikhs in Gurgaon towards Muslims denied space for their Friday prayers was a cause for concern because Hindutva ideologues like V.D. Savarkar have long seen Sikhs as a kind of turbaned Hindu vanguard and, conversely, seen Hindus as pupal sardars. To see anti-government solidarity creating this diverse coalition rang alarm bells.

Secondly, the government of Uttar Pradesh, the greatest prize in Indian politics, second only to a majority in Parliament, is at stake in imminent assembly elections. The 2017 UP assembly elections were a landmark in the history of the BJP and Indian democracy. A Hindu monk with a history of vigilantism was made the chief minister of India’s most populous and politically influential state.

Nobody has ridden Hindutva’s hobby horses — the campaign against ‘love jihad’, the hostility to interfaith marriage, the curbing of the meat trade, the explicit stigmatization of Muslims — with more enthusiasm than Yogi Adityanath. The BJP installed him as chief minister for that reason: he is Hindutva’s mascot and the state he rules in his saffron image is the future envisaged for India by the BJP. Even more than the Gujarat Model, Yogi’s UP is the BJP’s shop window. For nearly five years now, he has been the showrunner for the BJP’s version of the Hunger Games, playing to packed houses on WhatsApp, Twitter, and Instagram.

The withdrawal of the farm laws and the full court press to see Adityanath over the line in next year’s assembly elections is a clarifying moment in India’s political history. Narendra Modi is willing to make a humiliating U-turn for the electoral success of an explicitly majoritarian monk because he sees Adityanath’s re-election as the chief minister of UP as a vindication of the BJP’s project. That project is the consolidation of the Hindu Nation across the divisions of language, region, and class through the public subordination of Muslims.

Adityanath embodies this project so completely that even his shambolic failure to cope with the second wave of the pandemic in UP can’t disqualify him. In 2014, Narendra Modi had to sugarcoat his majoritarianism with slogans like ‘Sabka Saath, Sabka Vikas’; with Adityanath in 2021, the BJP has stopped pretending. In 2017, the UP elections were won by the BJP in Modi’s name. 2022 will be different. There is no precedent in Indian politics for this moment: a major political party has endorsed a Hindu supremacist monk as its chief ministerial candidate and is campaigning in his name.

The differences between Bolsonaro, Erdogan and Modi stem from the different degrees to which majoritarianism has found institutional expression in their countries’ politics. Bolsonaro, like Donald Trump, is a rootless political opportunist who uses political parties as temporary vehicles for his narcissistic ambitions. Erdogan took control of the Justice and Development Party (AKP) soon after its formation in 2001 and the AKP has changed in lockstep with his political evolution, from the market-friendly Europhile that he was in his early career to the Neo-Ottomanist Islamist that he is today. His majoritarianism is obvious in his attitude towards Turkey’s Kurdish minority and he, like Modi, was nurtured in a political tradition hostile to the idea of a secular State.

The difference is that Modi was made possible by a massive majoritarian project nearly a century old. The Rashtriya Swayamsevak Sangh is the oldest and largest organization of the extreme right in the world. Compared to Modi, Erdogan and Bolsonaro are relative beginners, not because they are personally inadequate but because they don’t have the political infrastructure of a century of organized supremacism behind them.

India pioneered this epidemic of majoritarian populism that has swept the world. Indian politics offers previews of the possible fates of other nations and there are lessons to be learnt from India’s political evolution. For voters elsewhere wondering if the Marine Le Pens and Éric Zemmours of the world will be tamed by office into business-friendly reactionaries, Modi and Adityanath provide an answer: for majoritarian politicians, the comforts of crony capitalism will always come a poor second to religious or racial supremacism. The first is a bonus; the second is their reason for being.