Bibha Chowdhuri and Jocelyn Bell Burnell were denied the Nobel, and Donna Strickland was denied a Wikipedia page 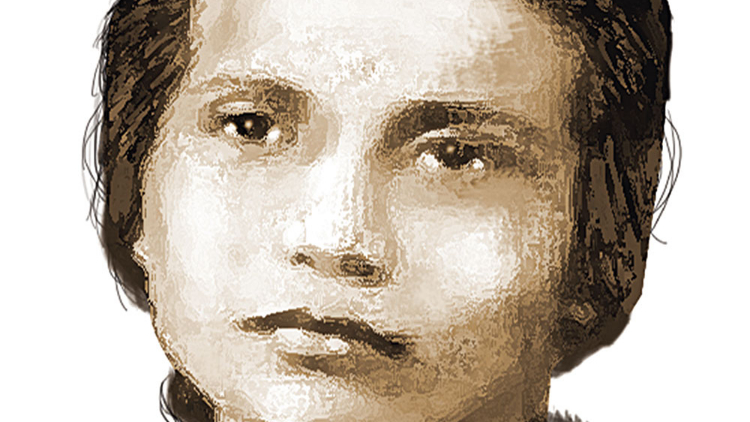 Bibha Chowdhuri developed the basic principles of identifying new particles by studying their tracks in cloud chambers and on photographic emulsion plates.
Illustration by Suman Choudhury
Debashis Gangopadhyay   |   Published 01.04.19, 06:47 AM

One evening during my MSc nuclear physics practicals, a frail, slightly stooped lady with round gold-rimmed glasses and dressed in a spotlessly white attire enquired of me as to what I was doing. She was Bibha Chowdhuri, the lady who had been denied the Nobel Prize even though she had been the first to discover the pi-meson (pion).

Chowdhuri developed the basic principles of identifying new particles by studying their tracks in cloud chambers and on photographic emulsion plates. Accelerators were unknown in those days. The only source of high energy particles were the cosmic rays. As a student of D.M. Bose, she studied cosmic ray showers during 1938-1942 in Darjeeling. After meticulously exposing and observing half-tone photographic plates, she found new tracks created by a new subatomic particle with 200 times the electronic mass. This was the pion!

The results were published in Nature. Chowdhuri and Bose could not access full-tone photographic plates because World War II was raging at the time. Using the same technique, but with high quality full-tone photographic plates, the British physicist, Cecil Frank Powell, identified the pion at least four years later and won the Nobel in 1950. Powell, however, acknowledged the work of Chowdhuri and Bose.

Subsequently, Chowdhuri went to Manchester and obtained her doctorate degree in 1952. She was a researcher right till her death in 1991. She was never made a member of any national academy of sciences; she was not mentioned in a compendium of 98 women scientists edited by a Padma Shri winner. A handful of people have come to know about her only recently — thanks to Bose Institute authorities and a recent biography by R. Singh and S.C. Roy. But Chowdhuri never complained about anything.

In November 1988, I met Antony Hewish while visiting Physical Research Laboratory, Ahmedabad. Hewish’s winning of the Nobel in 1974 (along with Martin Ryle) was mired in controversy because his Irish student, Jocelyn Bell Burnell, had not been a co-recipient. Her discovery of the first pulsar changed the picture of the universe and served as a pointer to later discoveries of black holes and gravitational radiation. Pulsars are born when a massive star exhausts its fuel, its outer layers explode in a supernova and the core collapses. For core masses greater than three solar masses we get a black hole. For lesser masses, the huge pressure and density fuse electrons and protons into neutrons. Some neutron stars, spinning at huge speed and with powerful magnetic fields, accelerate local electrons and produce radiation, which is observed as periodic flashes (‘pulses’) by distant observers. There are millions of these exotic objects in our galaxy alone. Bell Burnell discovered the signals in 1967 by analysing voluminous data from the Cambridge dipole array telescope. Strangely, Hewish always maintained that Bell Burnell discovered the pulsar first. Her cryptic reaction was that the Nobel Committee does not consider graduate students for the prize. Last year, she was awarded the Special Breakthrough Prize in Fundamental Physics. To counter the existing ‘unconscious bias’, she donated the prize money of three million dollars to the Institute of Physics in Britain to fund scholarships for women and marginalized groups.

Donna Strickland developed a major portion of the physics associated with laser surgery. She was awarded the 2018 Physics Nobel Prize along with two others. She is the third woman to win the Physics Nobel in 118 years. The medical and industrial applications of her technique are infinite and will influence future technology. Yet, she was denied a Wikipedia page before she won her Nobel although she has been an authority on lasers since the mid-1990s. Strickland sees herself as a scientist — not as a woman in science. Dignity of an unusual kind is at work here again.

The woman who could have won a Nobel