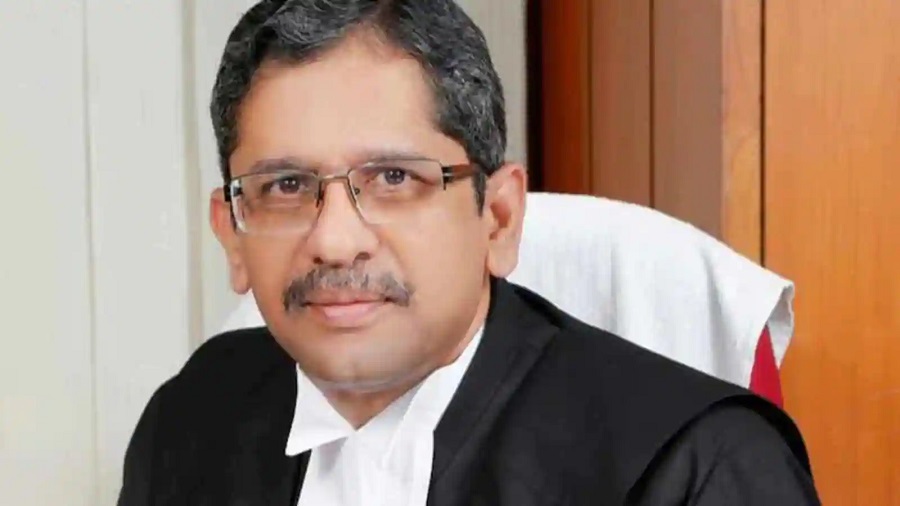 At a time when unity is endangered, an understanding of the Constitution becomes more relevant than ever. Although this is not what the Chief Justice of India, N.V. Ramana, said recently in San Francisco, his reported remarks on the Constitution could prompt ideas along these lines. The CJI deplored the fact that the roles and responsibilities assigned by the Constitution to different institutions had not been fully appreciated even 72 years after the country became a republic. The CJI’s focus seemed to be on the attitude of the political class. Those in power believe that all government action is entitled to be endorsed by the judiciary while the Opposition wants that the judiciary should advance its causes. These remarks suggest a corruption in the understanding that places the higher judiciary in a direct relationship with the political sphere. Against this ‘flaw’, the CJI laid stress on the fundamental principle behind the existence of an independent judiciary: it was answerable only to the Constitution. That is, it is beyond the reach of transient political power and, together with the executive and the legislature, a separate and equally load-bearing pillar of the Constitution’s imagination of the democracy.

Without going into the dangers of a political dispensation’s sense of entitlement with regard to judicial support, the CJI underlined how the public’s erroneous perceptions about the Constitution can lead to mistakes about the judiciary’s role. A ‘vigorously promoted ignorance’ among the people helps the forces trying to destroy the institution’s independence. This insight is as important as that about the political world’s expectations of judicial endorsement.  It is not just that people do not know much about the Constitution, the functioning of democratic institutions, their roles and responsibilities and those of individuals, but this ignorance has been assiduously cultivated too. This comment points to a distortion of the educational project at a time school textbooks are being altered as though to obliterate the basic notions and principles of democracy enshrined in the Constitution. Even if inadequate knowledge of the Constitution cannot be laid entirely at the present government’s door, the devaluing of constitutional principles and procedures is now being exhibited with unprecedented frankness. In that context, the CJI’s wish to enforce constitutional checks and balances by promoting a constitutional culture could function as a signpost on more than one level.